Marshadow Has Been Released for Pokémon Sun and Moon 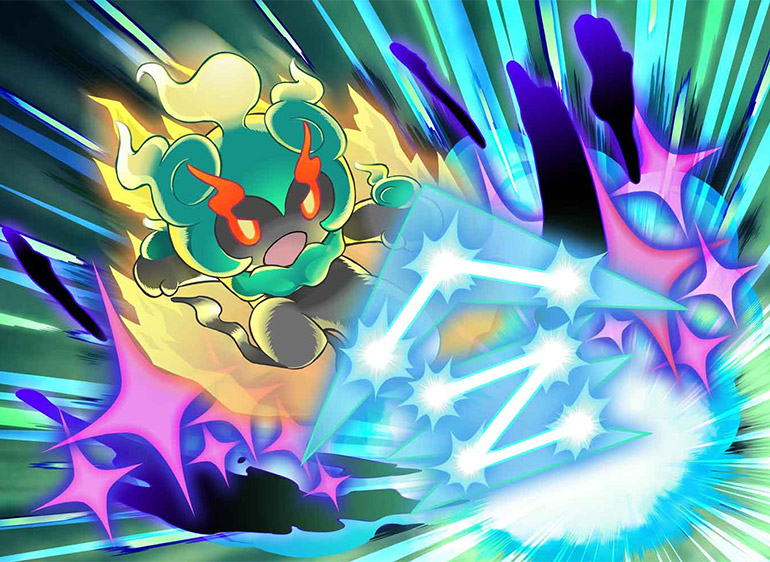 It’s been a while coming, but now the final Pokémon Sun and Moon event Pokémon has been released outside of Japan! Yep, as the title suggests, you can now get Marshadow downloaded to your game courtesy of a special code available in various GameStop stores. Here’s the official trailer announcing the distribution:

It’s very well timed all things considered. Ultra Sun and Ultra Moon come out next month. The next movie (with Marshadow) does the same.

But the way it’s been distributed doesn’t.

That’s because like quite a few legendaries in the past, Nintendo is making fans go to actual stores to get the code to add it into their games. What’s more, it’s not even an unlimited event here (like with Magearna).

Instead, you’ve only got until October 23rd to get the new Pokémon this way.

And this is an absolutely baffling decision on Nintendo’s part. Remember, this isn’t 1996 anymore, and we don’t need a fancy machine to download data to a cartridge.

In fact, we don’t need to do anything special at all. The games have a perfectly reasonable Mystery Gift system for situations exactly like this one. Just boot up the game, choose Mystery Gift, enter a download game and receive the Pokémon from the delivery man at the nearest Pokémon Centre. It’s super simple.

So simple in fact that other event legendaries (like Magearna) as well as other event Pokémon and items (like Hat Pikachu and Mega Stones) have all been distributed in this way. Even better, those gave you months to input the code and download the Pokémon. You’re not rushed around, you can just get them at your own leisurely pace.

Hence, it’s really baffling why Nintendo chose the old event distribution method here. It’s less convenient for players, rushes them far more and offers none of the convenience of the built in Mystery Gift option.

But hey, that’s how it works here. So, if you want a Marshadow for your game, you’d better head off to the nearest GameStop for the code. Or at least, find some nice person online who’ll trade you for one over the GTS.

Because this is one event Pokémon you don’t want to miss out on!