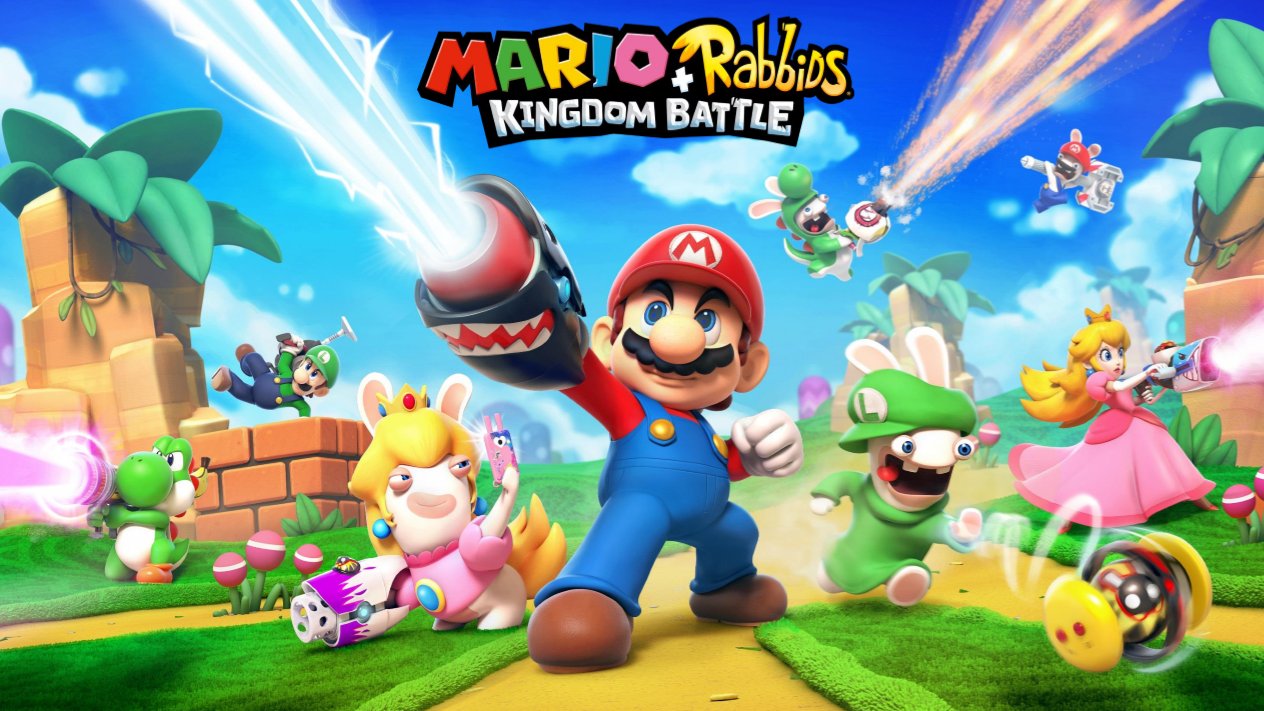 A while ago, there was a rumour going around about a Mario/Rabbids crossover that Nintendo and Ubisoft were making. Set in the Mario universe after a Rabbids invasion, the game was apparently going to be an RPG/party game hybrid that pitted the Mario cast against Rabbids with designs based on them. It was silly, it was ridiculous, and if you were like me… you didn’t believe any of it.

It seems like it’s actually real. Yep, as the title suggests, actual artwork, screenshots and details have now been leaked from this game showing it to be an actual thing. Here’s a general bit of art showing the characters along with their Rabbid counterparts: 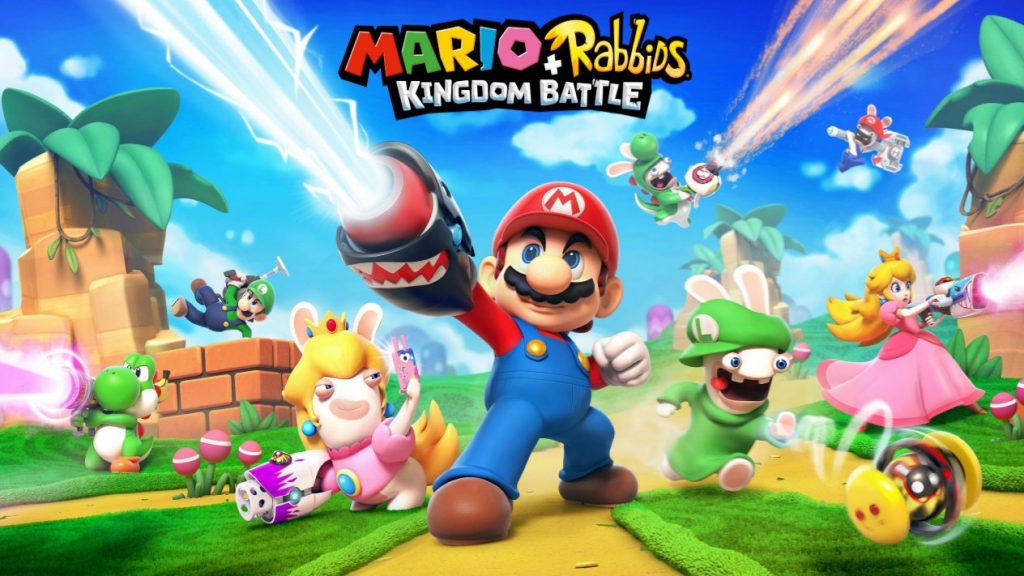 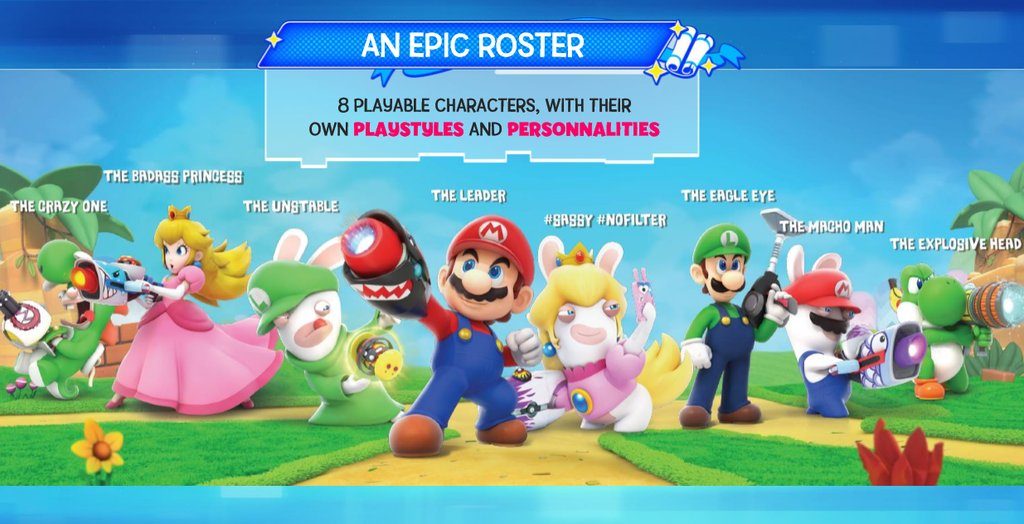 And a diagram showing some extra game details courtesy of Nintendo World Report:

It all looks pretty interesting really. But how does the game actually work? How does it compare to Paper Mario or Mario & Luigi, Nintendo’s previous two Mario RPGs?

Others on the other hand suggest a more tactical game. Characters aren’t controlled directly, with Tuttorio being the playable avatar. Upgradable weapons indicate some serious RPG customisation elements. And well, with terms like archtypes, it seems very traditional in that sense.

So it could go either way. Still, some other interesting aspects include:

So there are some intriguing new additions there.

Less intriguing though, is the possible lack of variety. That’s because according to the description, only 4 world environments exist in the game, along with ‘7 enemy archtypes’. This seems pretty low for a game like this, though might be made better by more unique seeming environments or enemies. Which admittedly, the blurry upscaled screenshot seems to show: 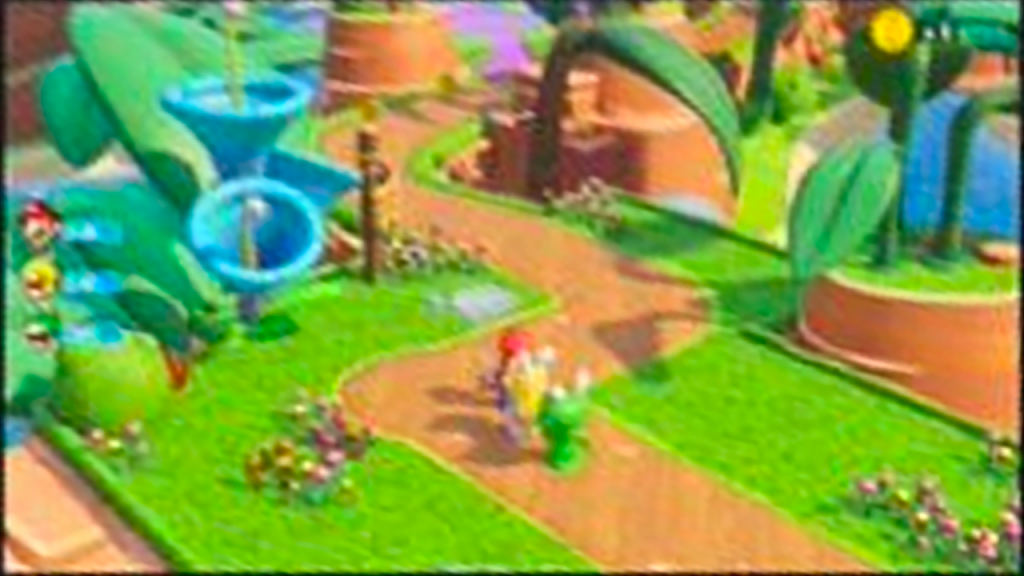 But either way, it seems like the Mario/Rabbids crossover is real. So what do you think of it? Are you interested in this game, based on what you’ve seen of it? Or is the concept itself still something that puts you off?

Urgh, while I personally don’t find the Rabbids to be THE worst fictional characters ever (they are one of the most awful, no doubt but I seen worse), my strong dislike for them is enough to pass on this crossover.

I can also easily see this game being exclusive to the West considering the Rabbids have extremely little (if any) popularity in Japan.