Have you ever wanted to play a Mario Kart game in Virtual Reality? Felt like a headset such as the Oculus Rift would work really well for this sort of game?

Here’s a video showing the game in action:

As well as a pic illustrating what the game’s cabinets look like: 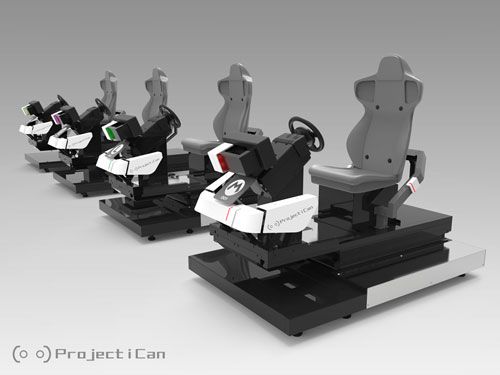 And even a neat little poster used to market title:

It’s an interesting little setup really. Gameplay wise, it’s basically a lot like Mario Kart Arcade GP crossed with Mario Kart 7. Or in other words, it has an art style and tracks remniscent of the latter and general physics seemingly based off the former.

And while anti gravity mechanics aren’t present here (perhaps for motion sickness reasons), other features from the series are. Like gliding and underwater driving from 7.

So you’ll be able to experience what it’s like going underwater or flying through the air in virtual reality. Pretty cool I guess.

What’s a little less cool though, is how this game won’t be getting much of a widespread release. And by that, I mean even compared to Mario Kart Arcade GP standards.

That’s because this game is currently planned to come to Bandai Namco’s new VR Zone arcade in Japan.

As a result of this, unless you’re going to Shinjuku in Tokyo some time soon,it’s unlikely you’ll be experiencing this game for a while. Which is a shame really, since this game would do really well over here. Just figure out a way to get headsets working with the Switch, post to eShop and hey, Bob’s your uncle. I’m sure a lot of Mario Kart fans would pay decent money to buy this.

For now though, it’s just an interesting novelty. Still, what do you think of it?

Are you excited to play a Virtual Reality Mario Kart game? Or does the fact this is currently only planned to be available in Japan put a bit of a damper on things?