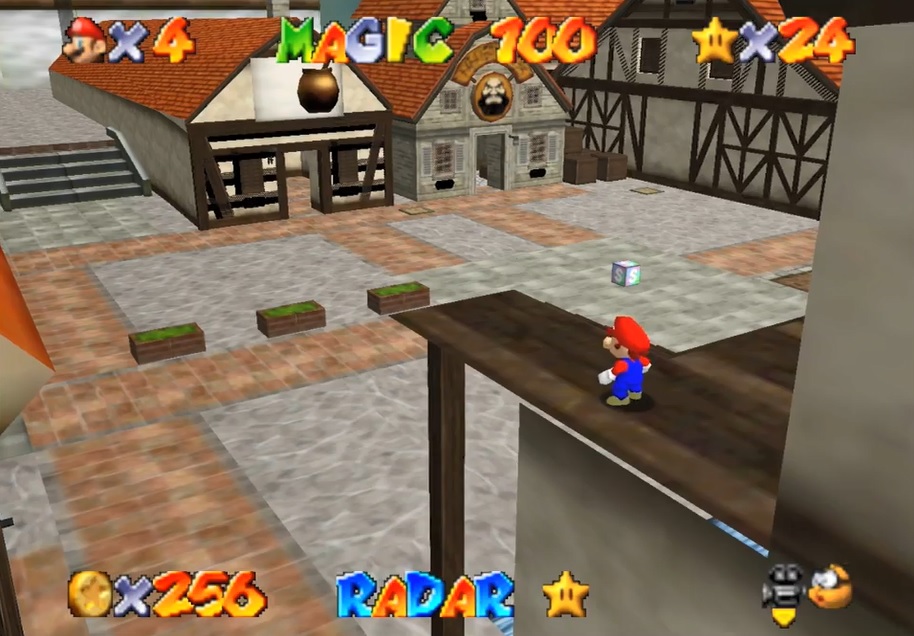 Have you ever wanted to play through The Legend of Zelda Ocarina of Time as Mario?

Or perhaps to see how the Zelda series may have worked with familiar Mario characters replacing the Hyrulian ones?

If so, you’re in luck! Because Kaze Emanuar (the creator of Super Mario Odyssey 64 and Super Mario Maker 64) has announced a brand-new project that does just that! Titled The Legend of Peach, the game basically redoes Ocarina of Time as a Mario 64 hack, complete with all manner of special powers and items from the Zelda series. Here’s a video showing some of the abilities:

In addition to a very early preview of the first area:

As you can clearly, it’s… a surprisingly detailed hack of the game so far. Indeed, not only is Mario running around Hyrule like he’s meant to be there, but all manner of gimmicks and gameplay mechanics from the Zelda series are ported over too.

For instance, he can now use magic to activate things like the metal and vanish caps at will. Or to smash through walls and gates. Additionally, he can also get upgrades for his wallet, use star power to blast across the world at lightning speed or pick up items like the Hover Boots to solve puzzles and reach new areas. It’s a surprisingly thorough effort, especially given how the trailer only shows an alpha build of the game.

So go check it out! It’s a surprisingly promising crossover mod, with some really neat ideas.