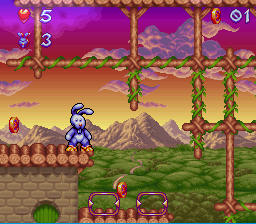 In the last few years or so, quite a few interesting games and prototypes have surfaced online. There was Nightmare Busters, a cancelled SNES title which actually got revived, finished and sold to collectors on a physical cartridge. There was Infinity, a long lost Game Boy Color RPG released online for free by original creators Affinix Gaming.

As well as numerous others in addition to that. Tyrannosaurus Tex, Mr Tuff, the original Rayman prototype… the list just goes on and on.

And here’s another one! Called Quik the Thunder Rabbit (and based off an existing Amiga game), the title is a Sonic the Hedgehog style 2D platformer that was once intended to be released on the SNES in the 90s. Here’s a video showing it in action:

Yeah, it does certainly look interesting. But what’s it like to actually play?

But everything else is entirely different. The levels are entirely different in this version of the game, with completely different themes and graphical styles. The weird quirky enemies and background objects have been swapped out for new ones. The music probably would have been different, had the now released ROM actually had any in it. 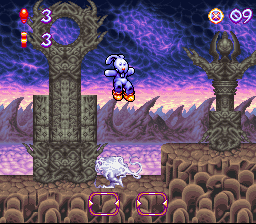 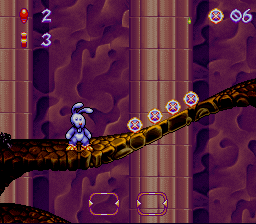 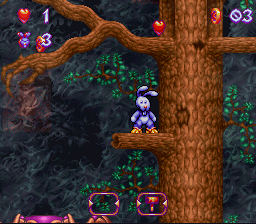 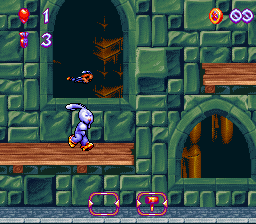 It’s basically an all new game with the same character (though even he looks vastly different in this incarnation).

Yet that’s only the tip of the iceberg as far as differences are concerned. Why?

Because somehow the game is now part platformer, part shoot em up and part fighting game. In other words, you go from typical Mario/Sonic style platforming to a Gradius type shoot em up to a Mortal Kombat style fighting game setup at random. 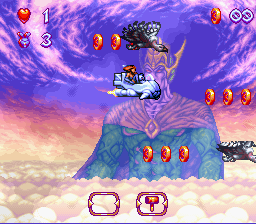 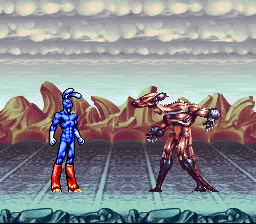 But hey, it’s still enjoyable enough to play none the less. I mean yeah, it’s not a classic by any means of the word. And no, it wouldn’t have quite revolutionised the market like Donkey Kong Country or Sonic the Hedgehog did back in the day.

Yet it’s still a perfectly solid game none the less. The physics? Work fine really, with Quik going exactly where you want him to without delays or slippery landings. Level design?
Not great, but decent enough for the kind of game that it is. And well, you can probably tell from the pictures that the game looked decent enough for a platformer of the era. It’s no Awesome Possum or Bubsy the Bobcat, that’s for sure!

It does have some flaws (the fighting game level just hard crashes the game because the basic mechanics haven’t been programmed in). But for as far as what it’s available goes, it’s a decent enough little game.

So if you’re interested in seeing what Quik would be like on a SNES (or just want a decent enough 2D mascot platformer for the system), give this game a shot. There’s definitely some fun to be had in the levels that are actually available here.