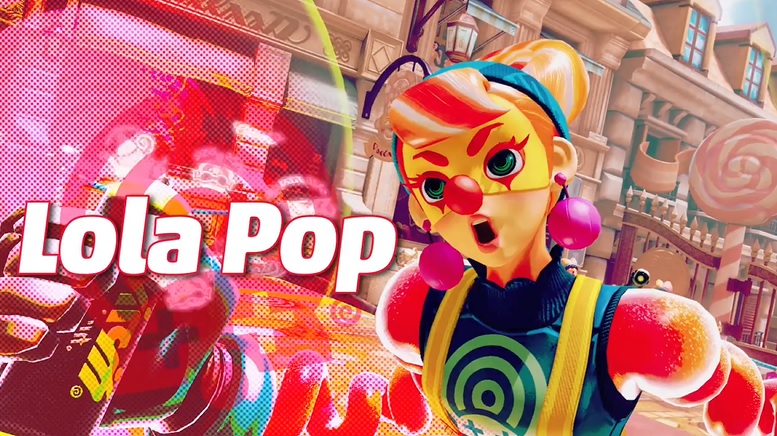 We’ve seen hints about the character for months, with pictures of her stage and blurry videos of her in action being posted on Twitter recently.

As you can tell, there are some interesting gimmicks here. For one thing, she seems to ‘inflate’ as a main mechanic, sort of like how Max Brass pumps himself up in matches. It’s not clear exactly what this mechanic does, but presumably it’s to stop her taking as much knockback from attacks.

Her ARMS are interesting too. You’ve got one which acts like a shield, and seems to do a sort of auto counter upon being attacked, whereas others are nunchucks and a stamp gun repeatedly. The final one is especially interesting here, since it appears to obscure the screen for a bit after hitting. Like a Blooper in Mario Kart. Or certain assist trophy gimmicks in Smash Bros.

Finally, you’ve got her stage. This seems to be a sort of French street with a chocolate/coffee shop theme, as well as some really pleasant music. Gimmicks wise it seems fairly barebones, but that might be the best for a game like this.

So that’s Lola Pop, our next character in ARMS. She’ll be released for the game in the third update, which will be released in September this year.

But hey, what do you think? Are you excited for her as a new character?

Or are you going to be sticking with one of the existing ones?