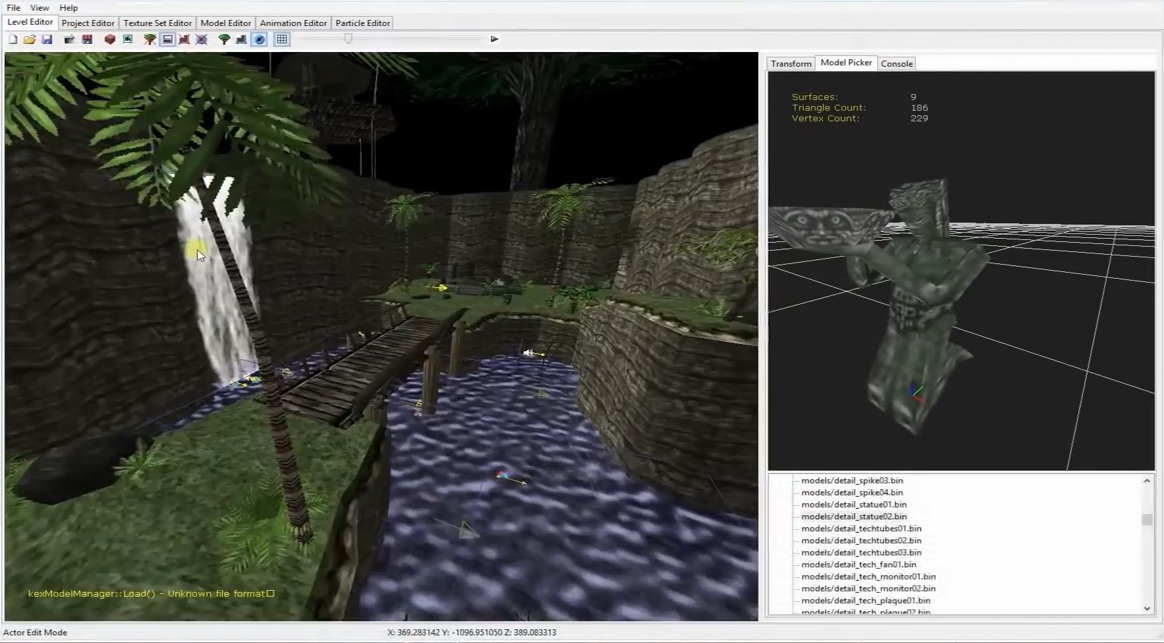 Well, that’s something you don’t ever expect to see!

Remember Turok, that Nintendo 64 First Person Shooter that had a magical native American going around shooting dinosaurs and monsters? The one that was the definitive console FPS until GoldenEye 007 and Perfect Dark came along?

Well, it got a remake for PCs in late December 2015 thanks to a company called Nightdive Studios.

And now they’ve got another really interesting announcement too! Namely, a full blown level editor that lets you create brand new levels in Turok’s engine! You can create the level geometry from scratch, import your own models and textures, using any objects already present in the game itself (like enemies and items). Heck, you can even do things like activate fog or weather effects, or test the level at a click of a button!

Basically, it lets you turn Turok into your own game, complete with the ability to share the levels online via the Steam Workshop! Here’s a video showing the feature in action:

So yeah, if you’re a fan of the Turok series (or old school N64 style platformers in general), go and try it out. You can find the editor included with the game on Steam or GOG, as well as a manual telling you how to use it to its fullest potential.

But hey, what do you think? Is the possibility of making your own levels for Turok 1 something that appeals to you? What kind of levels would you make for this classic N64 era FPS?

How the fuck do you access this feature? I bought turok for mac on the 2nd for discounted price, but cant find any information on how to access it. Is it not supported on mac? Lol, super frustrating.