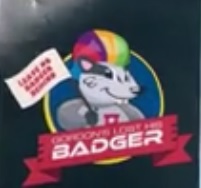 Well, here’s an article you probably never expected to see on Gaming Reinvented! A recap of an episode on The Apprentice, aka that reality TV show Lord Sugar has been hosting for the last 11 years.

But there’s a good reason for it. And that my friends, is the topic. Because this week, the teams had to actually design their own Virtual Reality game and present it at London Comic Con 2016! Yeah, an actual video game design task on The Apprentice! Who’d have ever seen that one coming?

Not me, that’s for sure. But now it exists, I thought it’d be interesting to give my own thoughts on the episode as well.

And so here they are. Here are my thoughts on the Virtual Reality Game episode of The Apprentice!

Like say, the sheer insanity of the design and development process here. I mean, how long do you think a game takes to create?

A few years, like Nintendo’s Mario and Zelda games?

Maybe a couple of months, like some of EA or Activision’s more annual franchises?

You’d think so. Well, not here.

Because this is a reality TV show. And well, given the filming procedures for The Apprentice (apparently it takes place over about two weeks in the middle of summer), the teams got a… somewhat short period of time to create the game.

Yeah, you heard me right. In two days, they had to design, (get someone else to) develop and market the game as a finished product.

Damn, that’s a pretty optimistic timeframe, don’t you think? I mean, can you imagine the insanity that would occur if a real developer did that? Like if Nintendo said “We need Super Mario Switch done and ready by the end of the week”? Yeah, me neither.

But hey, they did it. So I have to give props to everyone involved there. You literally turned around a game in the fastest time known to man.

And let’s also not forget the situations they had to work in either. Coming up with a game is hard with a team of people you actually like and talk to on a regular basis. You know, normal people whose sanity is usually kept in check.

A bunch of ruthless, very self centred ex businessmen and businesswomen like The Apprentice candidates?

Hah, good luck getting anything done with those guys! It’d be like herding cats:

So again, props to the teams. You took a bunch of people who’d never worked on a game before in their lives, gave them two days to create it and actually got something workable out of the wreckage. That’s somewhat impressive, in a slightest twisted way.

No, you didn’t read that wrong. The title really is ‘Gordon’s Lost His Badger’. Even if it does sound like a joke name you might hear banded around in a sitcom.

And the game only gets more hilarious when you see the character design. Why? Because this is apparently what the badger looks like:

Yeah, that is a rainbow coloured afro right there. And what looks like a giant red letter stamped on his chest.

It really does look something created by a church pastor tried his hardest to look hip on a local newsletter. It’s certainly got that “How do you do, fellow kids?” vibe all over it:

But what about the game itself, you might be asking? Is it some sort of mascot platformer? Like say, Bubsy the Bobcat starring a guy called Gordon?

Well, no. It’s a… virtual reality spaceship game. Which looks like this: 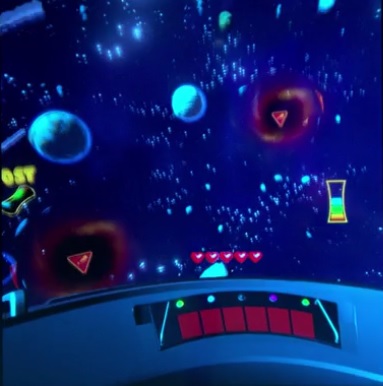 Either way, the mechanics are pretty simple. Look around the space area you’re in, following clues you might find on random planets or objects until you come across Gordon’s badger floating in outer space. In other words, No Man’s Sky, Oculus Rift Edition!

Oh I kid. But really, it’s pretty basic, and feels like many other tech demos for VR gizmos out there. However, the team made a few fatal flaws with the branding here. Why?

Because somehow, they forgot one tiny little thing.

A design for the main character. They literally forgot to figure out what Gordon actually looks like.

So yeah, you work that one out. They’ve got a game about a guy called Gordon, yet they don’t actually have any idea what he looks like, nor do they actually feature him on the branding as a result.

Kind of like if Nintendo didn’t know what Mario looked like and so simply put a Goomba on the box and in the instruction manual.

Still, even with that epic fail their game was a lot better than the other’s team. The infamous…

Which had the unfortunate luck of being: 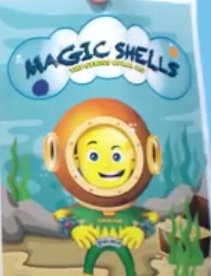 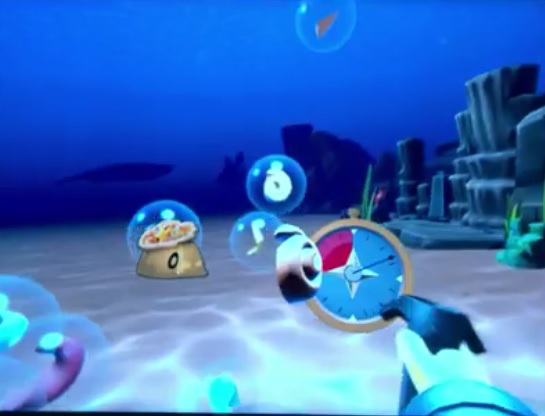 Either way, you can probably guess which of the two won.

However, let’s not stop the analysis there! Because the rest of the episode had a few interesting comments and happenings too…

Like say, the rather ‘interesting’ choice to use Comic Con to promote a video game. Yeah, video game announcements do get made there. And lots of the people who attend do obviously have an interest in gaming as a whole.

But… wouldn’t it have made more sense to use an actual gaming convention to advertise this stuff? I mean okay, maybe E3 would be a tad too ambitious. And the Game Developers Conference would probably laugh you out of the room if you tried to discuss these projects.

However, I’m sure EGX might have worked a bit better here. It’s UK based, it’s in both London and Birmingham, it’s all about video games and is extremely popular to boot. Yeah, maybe a bit early, sure (it’s in April), but I think it could still be doable here, assuming the Apprentice TV show gets moved back to Autumn like it used to be.

I also question some of the comments made by experts about games being childish as if that means they couldn’t sell to certain demographics.

Yeah, I guess that would have made sense in the 90s or so. When it was seen as ‘uncool’ to like Nintendo games and everyone thought anything for people their own age was ‘for babies’.

But nowadays? There are periphery demographics (even extremely profitable ones) for all sorts of games and franchises. We’re talking an era where Nintendo and Sega’s games go for multiple demographic appeal and memes from the likes of SpongeBob, Arthur and LazyTown are a dime a dozen on Twitter. Fact of the matter is, if a game is good, it will probably get fans almost regardless of the art style used or the target demographic.

Good of course being the key word here, since neither game was particularly good in general (with Magical Shells being the worst of the two). But if they were good, even an art style for five year olds would probably not stop the game selling to 20-30 year olds and influencers on social media.

I also found it amusing when Lord Sugar mocked the game titles and said the teams would have called Mario ‘Fat Plumber’. Why? Because funny enough, Nintendo presumably had the same line of reasoning as you sir!

No, it was actually ‘Ossan’. Which if you don’t know Japanese, means ‘middle aged guy’.

Fortunately, Nintendo’s staff realised how terrible a name that would be and let Nintendo of America name him after their landlord instead. So yeah, we really could have actually gotten the equivalent of ‘Fat Plumber’ as Mario’s official title.

Which all brings is to the final question of the day. Namely, was Lord Sugar right to fire the people he did for this task?

My answer there is a resounding yes. Yes he was right to fire the people he did.

This is because Dillan had dodged a few bullets just a couple of weeks prior, and Sofiane… was pretty incompetent through most of the process in general. The two seemed like nice enough people, but they just weren’t really succeeding in the process. Nor in game development in general for that matter.

But yeah, that’s my thoughts on the episode. It had some neat ideas, and I do admire the speed in which the games were put together, but the two products were poor and a lot of the experts didn’t seem much more savvy than the candidates here.

So what about you? Did you find that episode interesting? Was Lord Sugar right to fire the people he did? Post your thoughts on the Gaming Reinvented forums or on social media today!