The Legend of Zelda Breath of the Wild; Game Awards Footage 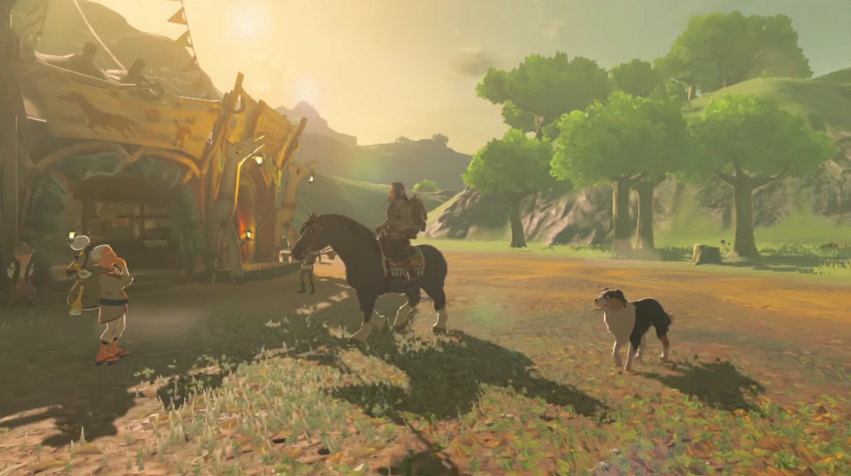 As promised yesterday, Nintendo showed off more of The Legend of Zelda Breath of the Wild during the 2016 Game Awards. And while the video itself was only about a minute look, it actually gives us a ton of new information about the world and its inhabits.

So what can we see in this trailer?

Well for starters, the thing a lot of fans have been wanting to see for a while; the towns from the game. Because as you know, Nintendo cut them out of the E3 demo. Why? To stop spoilers apparently.

But they didn’t cut them out this version. So now we get to see what a village full of NPCs looks like in this version of Hyrule. Which seems to be something akin to a small town in medieval Britain: 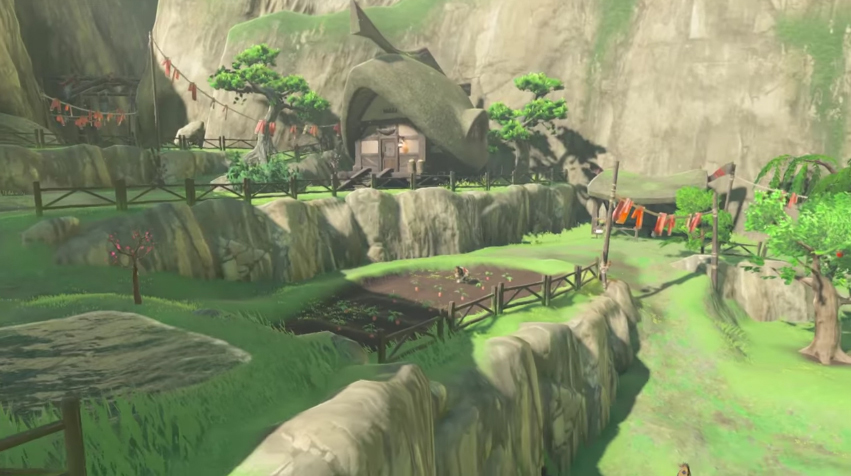 And while the actual villagers aren’t front and centre here, we get a small glimpse of those too. Like this guy in the background:

Or what appears to be Princess Zelda herself at the end of the trailer: 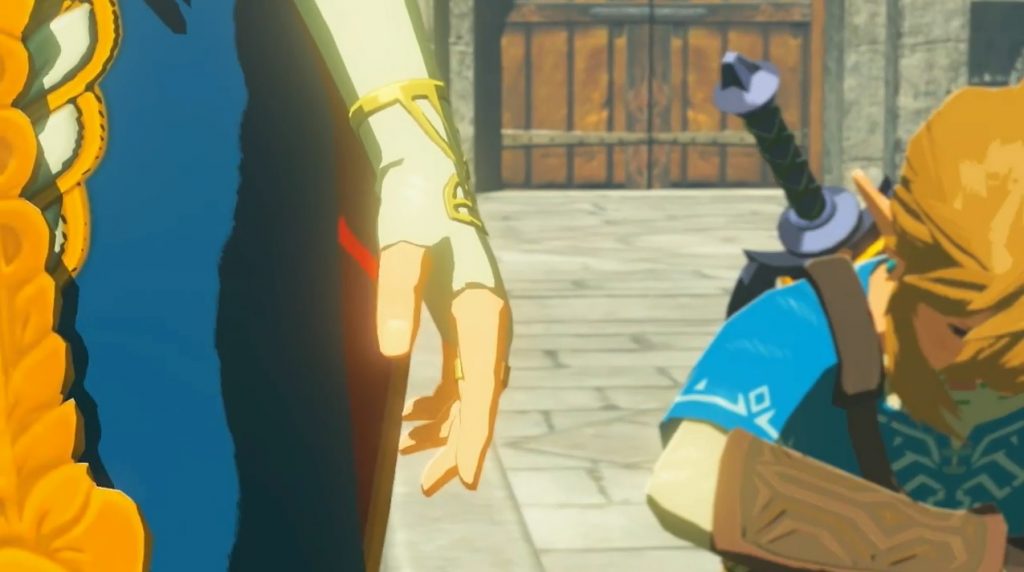 As you can tell, they look a fair bit like Link in terms of character design. And perhaps a bit like the characters from Skyward Sword in general appearance.

Oh, and talking of characters, we’ve got a real interesting one here. Namely, a bird like humanoid character: 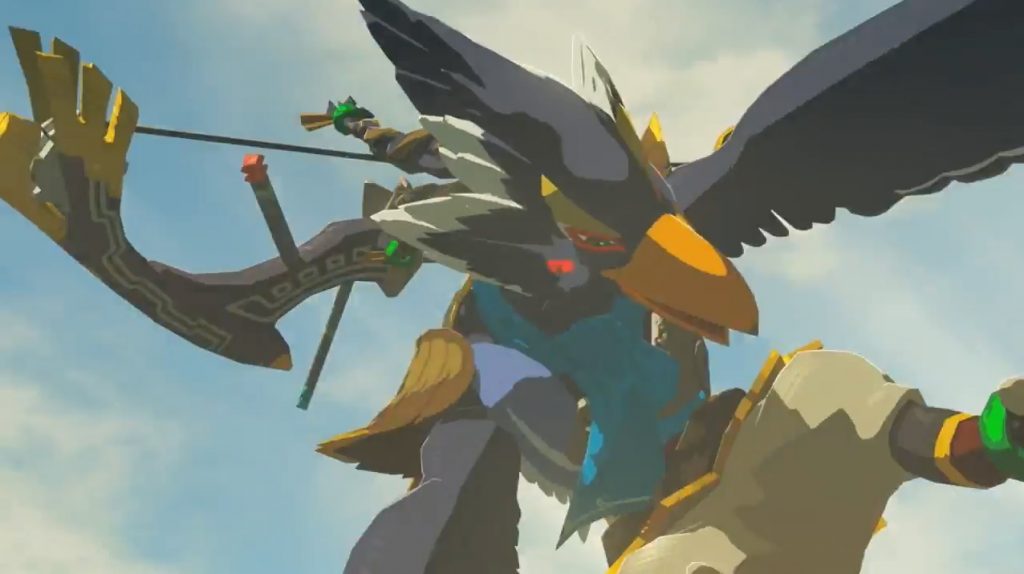 Apparently he’s part of a winged humanoid species, sort of like the Rito in The Wind Waker. And well, based on the ship appearing overhead, it seems like the floating island/base might have something to do with their species too.

There’s also what appears to be seasons here too, as you can see from the autumn type tree foliage in the picture below: 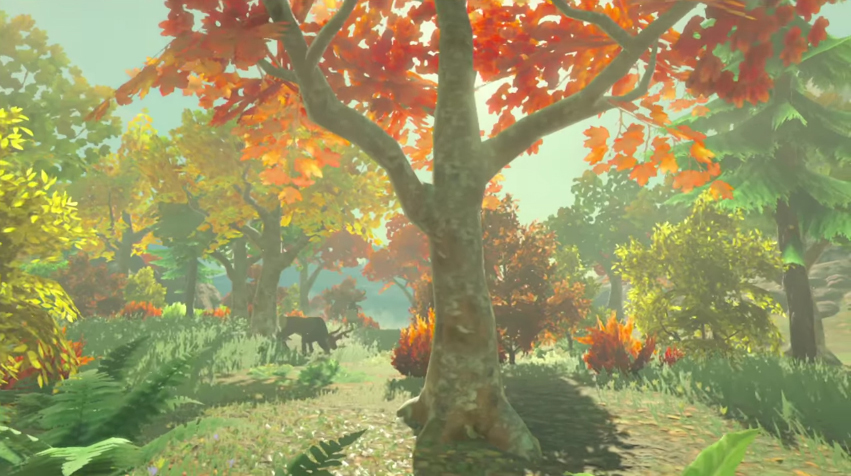 No idea how this one works, it’s possible the game has a schedule it goes through. Like, with certain weather in each part of the year and various other effects on the landscape to boot.

And well, that sums up the trailer. Pretty interesting, eh?

Yeah. But that’s not all. Oh no, Reggie and Bill Trinen actually played the game during the event too, giving us this video:

Which shows a new character (he’s apparently a bard from that bird like species), and enemies using electric swords. These appear to be bigger than the Bokoblins, meaning that it’s likely at least one is a Moblin and the others are Lizalfos of some sort or another.

Add an interesting looking forest setting (considering it’s a bit thicker than most sandbox ‘forests’), and it gives a little hint at the fascinating beyond the Great Plateau in this title.

So what do you think of the trailer and the new footage shown in it? Does it make you more excited to play Breath of the Wild in 2017?

I hope Zelda plays a larger role in this game and isn't just kidnapped.

Also, this game might be what I want. After Skyward Sword, I wanted a game that took place after Skyward Sword that showed the new land below being built. There's no evidence of this yet, especially since they seem to be in a weird future with technology, buuuuuut it also looks barren in comparison to other games, so who knows.

If you look closely you can even see that they brought the Cucco’s back!
I know its not that important >< but I LOVE the Cucco's in the Zelda games.
(You can see one sitting on the roof of a barn-like-building on the right of the screen and at the picture of the farmhouse & field you can see 1 Cucco walking around in a pen, behind the hanging clothes: In the video you can see it moving).