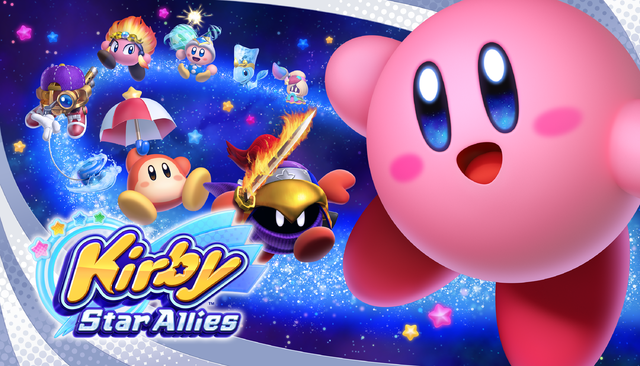 Earlier this week, Nintendo released a demo for Kirby Star Allies. Featuring two levels (‘Grassland’ and ‘Castle’), it was meant to be a short preview of the upcoming title, and a way for fans to get a taste of the game prior to its full release on March 16th.

But like many Nintendo made demos, the one for Kirby Star Allies had a small flaw.

Namely, Nintendo didn’t scrub it of any unused content. As a result, dataminers have now found most of the later game content. Such as say, all the bosses you’ll fight in the adventure. Or the various battles you’ll go through in this game’s version of the True Arena.

And while they did at least catch the soundtrack aspect (with most songs from the full game being absent from the demo), having everything else leaked means spoilers are now all over the internet.

Including this very site. So, if you want to stay unspoilt as far as Kirby Star Allies content is concerned, stop reading now. If not… well keep going to find out everything there is to know about this upcoming title!

Starting with the foes you’ll face through the game. Here is a list of all the bosses encountered in Kirby Star Allies, with their subtitles in brackets afterwards:

As you can imagine, the final one is basically this game’s equivalent to Nightmare, Marx or Magolor, the man behind the man that ends up being the final opponent. It’s pretty much what you’d expect from a Kirby opponent (eldritch and darker than expected), but with a pretty neat name none the less.

However, the game doesn’t just have these bosses. No, like other Kirby games, Star Allies has extra modes too, one of which is the equivalent of the Arena from past titles (more on that below). Said arena then has Ex versions of bosses, namely:

That last one is obviously the Marx Soul equivalent of Star Allies, being a more powerful and unhinged version of the Big Bad with extra abilities.

However, as we mentioned already, this arena is a bit different from the norm. You see, it doesn’t just have two modes anymore…

Instead, it has five separate difficulty levels. These levels act a bit like the difficulty settings in Super Smash Bros and Kid Icarus Uprising and range from the most harmless to the downright terrifying. They are:

Yeah, Soul Melter. Talk about a menacing ultra-hard difficulty level name! It’s like they thought about Nightmare, Intense and Nothing Harder and considered them a bit old hat. So instead, we get a difficulty setting that sounds like it wants to rip you to pieces and drop whatever remains into a black hole.

Still, there is a benefit to these modes. Just like in Smash, the harder difficulties give you better rewards, with the later few giving you a chance for a much better high score on the mini game. This means that if you want to be truly ‘world class’, you’ll have to take on the harder versions (and hence EX bosses) rather than just stick with the early ones. It’s a nice change of pace from the dual mode setup of Super Star and the likes.

So yeah, that’s the boss side of things. But what about the powers? What interesting abilities does Kirby have in this game?

Well, quite a few more than usual, that’s for sure. Cause believe it or not, Star Allies includes quite a bit more customisation with its more in-depth helper system, and that opens a few possibilities for powers not seen before. Here’s the list of those for anyone who cares (as well as the allies you get them from):

With the following abilities being the Friend Combos in said title:

Of note, the final one (Star Allies Sparkler) is meant for use in the final battle and acts a bit like say the Star Rod in Kirby’s Adventure.

But it’s not just helpers here. Oh no, quite a few named characters appear in similar roles too…

With King Dedede, Meta Knight and Bandana Waddle Dee all being unlocked in the postgame. These guys act like helpers for the most part, albeit with their signature abilities intact and some cool titles:

And that’s not all. Oh no, while the above three are the only extra characters in the actual game, another familiar Kirby character was planned to be playable at one point as well. That character?
Magolor

Yup, the Return to Dreamland villain was intended to be playable at one point. Sadly, he was scrapped early on, but remnants of his role do exist alongside the characters that were kept as playable in the title.

Finally, Kirby Star Allies also includes some other intriguing features and additions as well. These include:

So yeah, there’s quite a bit of interesting content in Kirby’s Star Allies. And if you want to see even more (like the level names, boss intro text and other features there), you can see that over at the Reserved Kirby Tumblr here and the Reset Era topic for the title here. Trust us, there’s some damn neat stuff out there.

But hey, what do you think? Does this stuff make you more excited for the game? What things are you looking forward to when it launches later this month?

Tell us what you think here in the comments or at the Gaming Latest forums now!