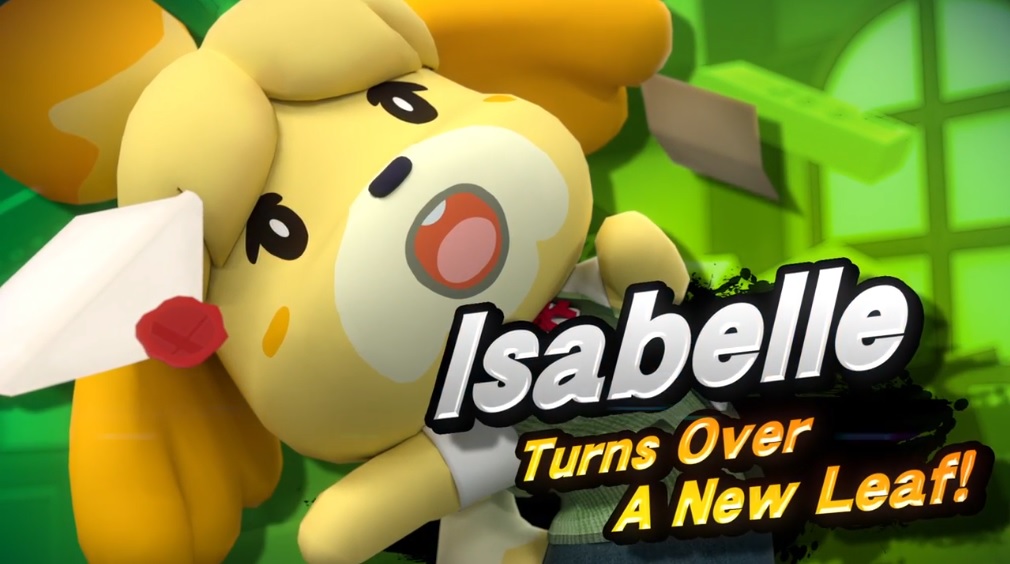 Well, another Nintendo Direct, another Smash Bros newcomer reveal! This time, it’s for Isabelle, the dog secretary/assistant from the Animal Crossing series, who joins Super Smash Bros Ultimate as the second rep for the series.

Here’s her trailer from the Direct:

Plus her character trailer from the official site:

Obviously, both are pretty relaxing, as befitting for a series like Animal Crossing. No one gets killed in them either, which is also a nice change of pace after Ridley and Simon Belmont’s brutal reveal trailers.

Yet that’s not the only change to the Smash formula here. No, Isabelle is an… interesting character mechanically speaking. Why? Because her moveset seems to be halfway between a clone and a unique character. Some moves are shared with the Villager, some moves are taken from other characters, and some moves seem to be entirely unique altogether. It’s a neat setup, and provides a bit of uniqueness that’d be all too easy for Nintendo to leave out.

So watch the trailers and tell us what you think about her as a character. Are you happy to see Animal Crossing get another rep in Smash? Was Isabelle the right choice for that rep? Heck, who do you want to see make the jump to newcomer for this game in general?