Is Adi Shankar in Talks to Produce a Legend of Zelda TV Series? 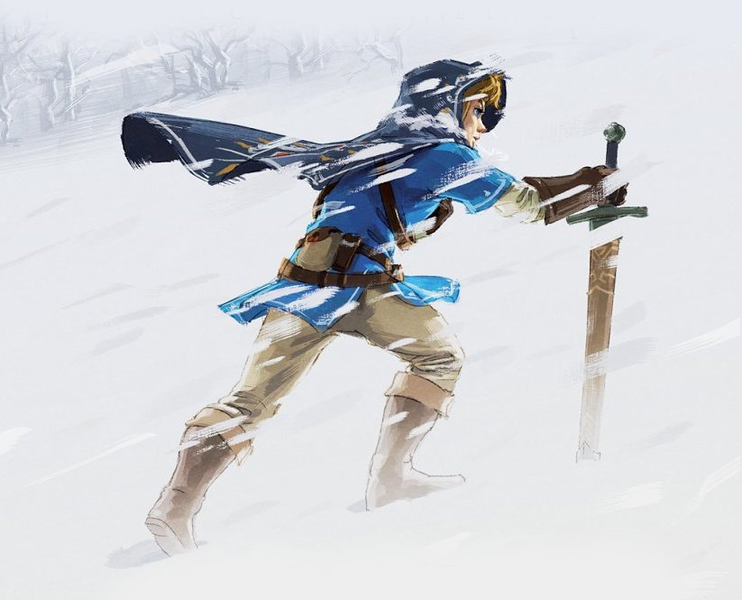 Over the last decade or two, Nintendo hasn’t exactly been willing to loan out their characters to other characters for adaptations. Indeed, after the 80s/90s and the disastrous Super Mario Bros movie, it seems Nintendo’s willingness to allow for adaptations into other media has mostly stopped with Pokémon and the odd animated short, with longer projects on par with the Super Mario Bros Super Show being non-existent.

But things are changing. Not only has Detective Pikachu got a movie in the works, but there’s a Mario movie in development too, with a Nintendo World section at Universal Studios in the pipeline. And now, it seems the Legend of Zelda may well be the next series to get the adaptation treatment.

That’s because Castlevania series producer Adi Shankar is teasing an upcoming project that he’ll be announcing on November 16th. This project is apparently one he’s working on with an iconic Japanese gaming company to adapt one of their iconic franchises into a series, with no more details given beyond that.

Castlevania (Netflix) producer Adi Shankar reportedly in talks to produce a series on The Legend of Zelda https://t.co/GuPn8YFudh pic.twitter.com/oTsK5q7lYN

However, it seems that series may be the Legend of Zelda. That’s according to The Wrap anyway, whose anonymous sources have supposedly said the series Shankar is adapting is Nintendo’s legendary franchise.

This would line up quite nicely with Shankar’s wording in the original statement, and provide a neat follow up to the (highly acclaimed) Castlevania follow up.

And it’d also likely provide Zelda fans with a decent cartoon too. After all, Castlevania is the best received video game adaptation in history, with both the public and critics loving the serious storylines and fantastic animation of the series. That’s good news for Zelda fans worried about an adaptation, especially given the absolute disasters that were previous attempts at adapting the series in this format (glares at the 80s Zelda cartoon).

Above: Or the CD-I games, which used a similar animation style to the cartoon show

But is it true? How would said series adapt the Legend of Zelda series?

Well to be honest, it’s hard to tell for the first point. Again, The Wrap is going on anonymous sources with this story, and said sources haven’t seemingly talked to other publications about the rumours. Meanwhile, Nintendo’s own response is the usual vague ‘we have no plans to announce at this time’ malarkey, which means they can’t back up or deny the rumour either.

So it’s not really possible to judge the first part. As for the second?

Personally, we’d hazard a guess that it’d be a loose adaptation of the whole series, not something based on any particular game. Indeed, look at Castlevania itself. It uses many of the same characters and basic premise as the original games, but the monsters are different, many other recurring characters don’t appear (like Death) and the storyline doesn’t seem to mirror any particular instalment either.

Hence the same would likely apply to a Zelda cartoon as well. You’d see elements from various games included into the mix (probably Link as the hero, Ganon as the villain, monsters from different instalments, etc), but it wouldn’t adapt any particular game overall.

And that’s probably a good thing to be honest. The original stories for each of the Zelda titles just aren’t complex enough to work in a series on their own. They’re made as background lore for an explorable world, with cutscenes mostly being limited to the usual boss intros, ending and other major scenes in the game.

This means an adaptation would need to be its own thing. Something that feels like Zelda and uses its story beats and elements in a new, creative way.

But still, what do you think about it? Could The Legend of Zelda really be getting a TV adaptation? And if so, how do you want them to adapt it anyway?

Tell us your thoughts on the matter (and more) over on the Gaming Latest forums today!