This leak has now been proven fake. If you want to know who actually gets into Smash Bros Ultimate, view the presentation and the reveals in the following article instead: 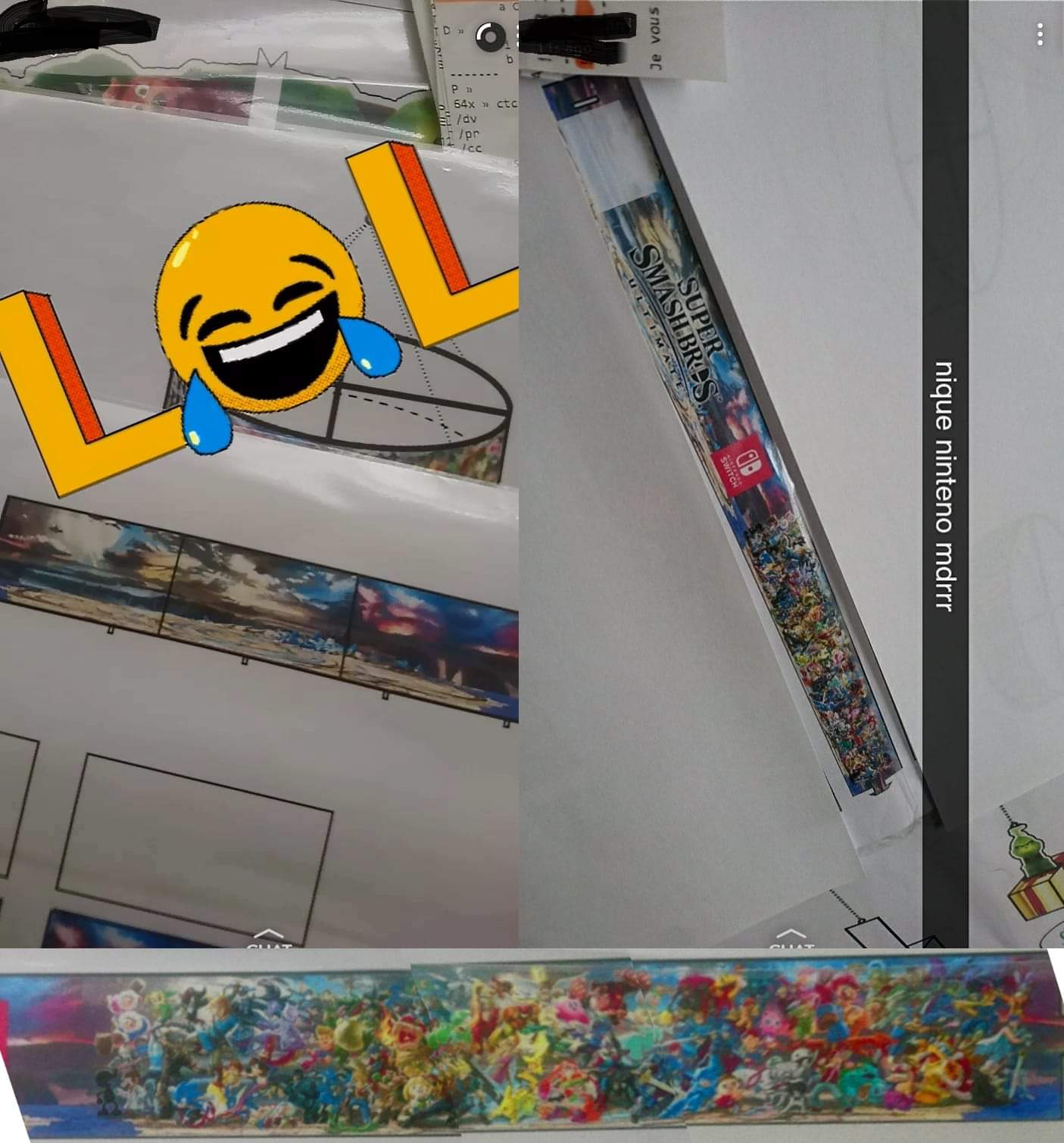 Edit: This is fake. View this article for the real final roster instead.

Given the game releases in about a month or so, it’s honestly a miracle that Super Smash Bros Ultimate hasn’t seen many real leaks yet. After all, every other major Nintendo game gets leaked. Pokémon games do, with every generation from Black and White onwards being dissected days or weeks before its release date. Same goes for Mario titles, with titles like Mario + Rabbids being leaked months beforehand.

In other words, it was all but guaranteed Smash Bros Ultimate would see some credible leaks. Yet for whatever reason… it didn’t. The game wasn’t revealed early, the ESRB didn’t leak anything like with the fourth game, hell, even the rumours about the title weren’t really credible or backed by any evidence.

But that may have now changed. Why? Because a recent post from a French Snapchat user appears to show some promotional material for the game, complete with a banner featuring the game’s entire roster! Here’s the picture if you haven’t seen it already: 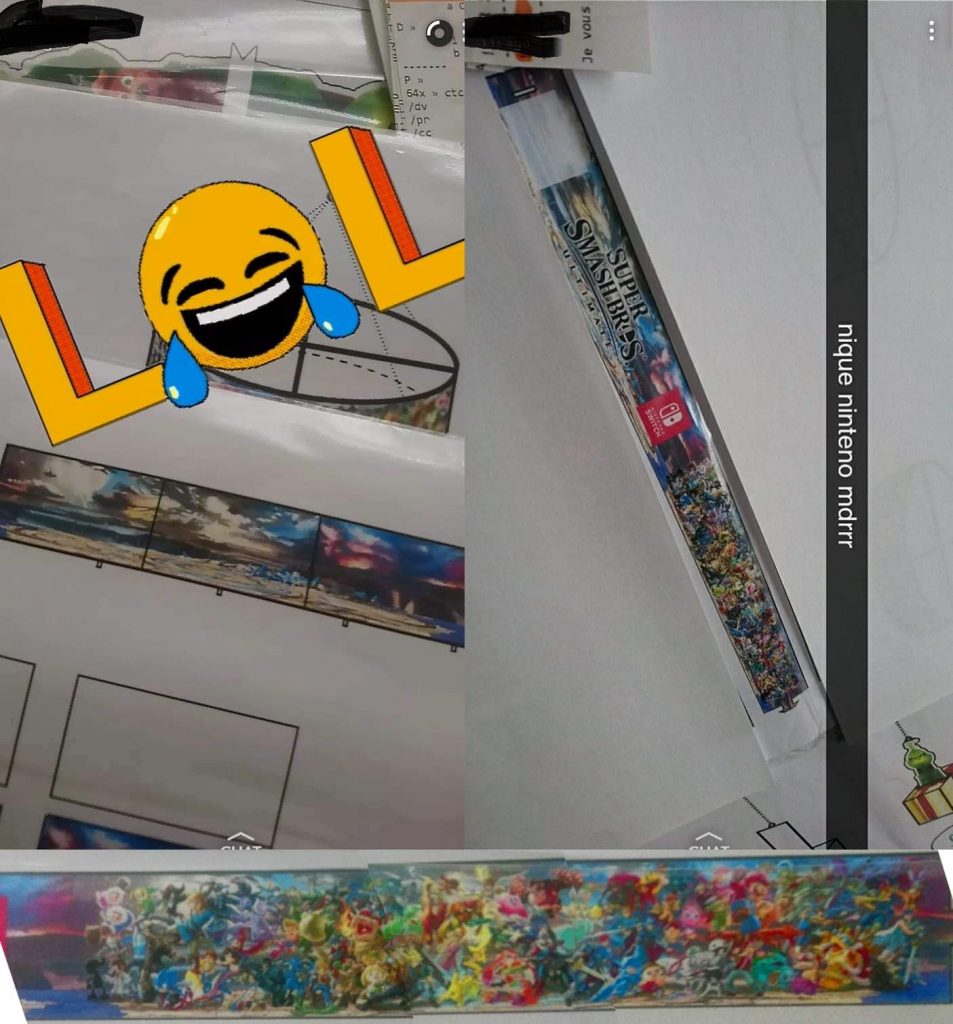 As well as a more detailed version outlining who the new reveals may be:

As you can see, it looks pretty credible for the most part. It’s blurry sure, but the presentation is done well, and the effort required to fake all this ‘merch’ is a fair bit beyond the usual piece of paper with names on it seen in previous leaks.

At first glance, it’s as convincing as you can get.

But is it all what it seems?

Well to be honest, we’re not all that sure. Yes, it’s definitely more well done than most leaks have been in the past, and faking the banners like this would certainly have required a bit more work than your standard dodgy screenshot on 4chan.

Yet at the same time, nothing here is beyond the capabilities of a normal fan. I mean, I could probably fake this if I knew Photoshop. I’d certainly be able to print out a giant banner and line it up in a cell phone photo, and a couple of runs through an image editor would probably tank the quality level enough to make it seem as blurry as the photo here does.

And I’m sure many others in the community could do likewise. Hell, someone with the skill level of Artsy Omni or whatever he’s called could probably do this in a matter of minutes.

Above: Like with the Rayman hoax for Smash Bros 4.

So the existence of the picture doesn’t really prove anything here. And the characters don’t help clear things up either.

Because while some of them genuinely do seem to be credible choices (Shadow the Hedgehog and Ken are pretty obvious choices for echo fighters, and Geno certainly has support in the fanbase), others seem rather out of left field. Like Mach Rider, who’s not been relevant in years and who (from what I remember) got rejected from previous Smash games for limited moveset potential. Same with Chorus Kids, who don’t really have a huge fanbase and mostly only seemed credible in the Smash Bros for 3DS/Wii U days.

Additionally, it also lacks characters people predicted may be in too. Like Incineroar or another generation 7 Pokémon, who’s been featured in virtually every other rumour and who seems to have a pretty solid chance of making it into the game. 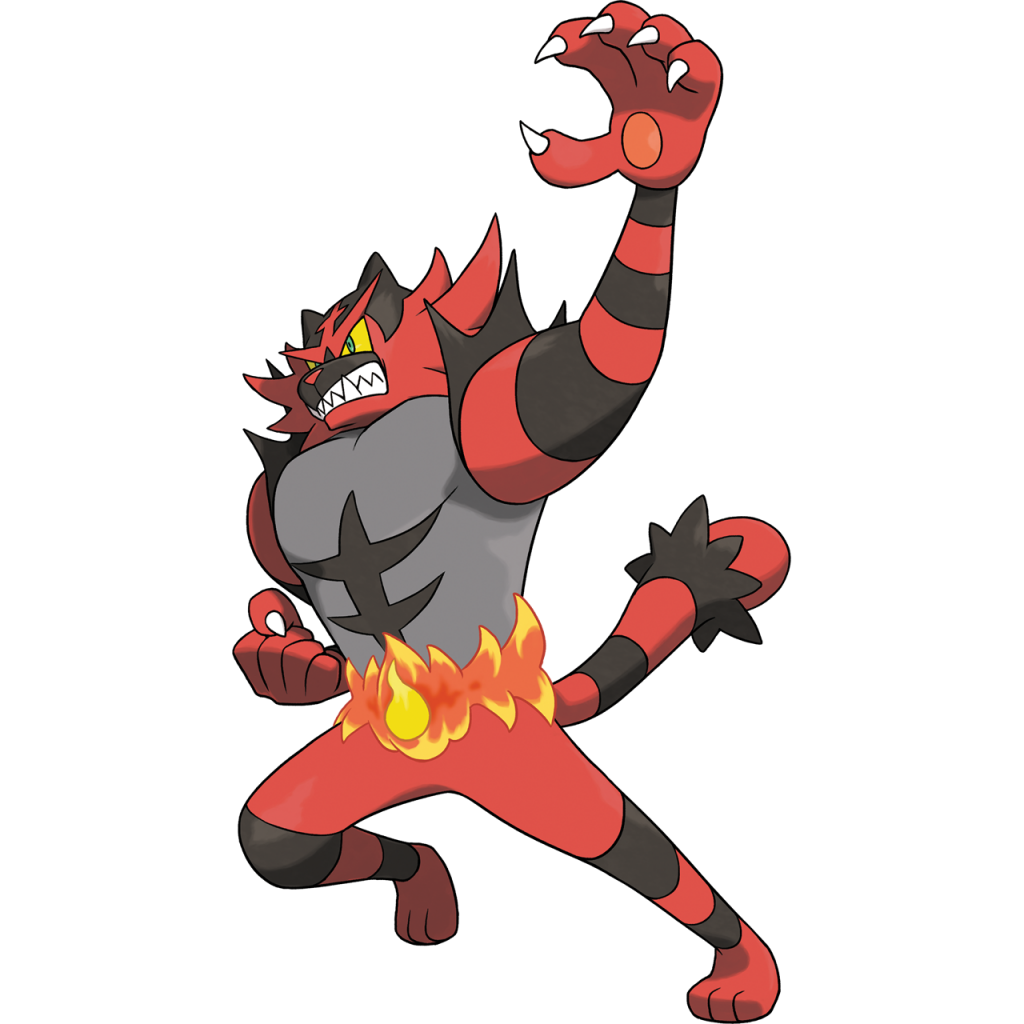 So the roster choices are… interesting, and may not back up the legitimacy of this thing all that much.

There are also a few technical mistakes with the image too, as well as with the context around it. For one thing (as PushDustIn says on Twitter), it’s Nintendo who seem to be handling the marketing of this game, not Bandai Namco or anyone else. So the whole backstory of the leaker (who is apparently associated with the marketing agency for the game) definitely comes into question there.

It also has issues with shadows and eye placements too. These aren’t major ones so per se, but they are noticeable to experienced image creators, and seem like things a proper designer would have caught here.

On the flip side though, well you won’t believe this. But apparently the picture with the banner also features a new render for the upcoming Grinch movie.

Yes really. And given that this movie has nothing to do with Nintendo or Smash, this adds a bit of legitimacy to the leak. After all, why fake a render for that just to add background detail to the scene? It makes no sense, and gives the impression that this picture is in fact a random marketing agency picture rather than some carefully mocked up fake.

So the evidence could swing either way really.

But what are your thoughts on the matter? Could this really be a genuine Super Smash Bros Ultimate leak, revealing the roster ahead of its release date?

Or is it yet another carefully made hoax designed to trip over the gaming media and their social media followers?

Tell us what you think in the comments below or over on the Gaming Latest forums today!