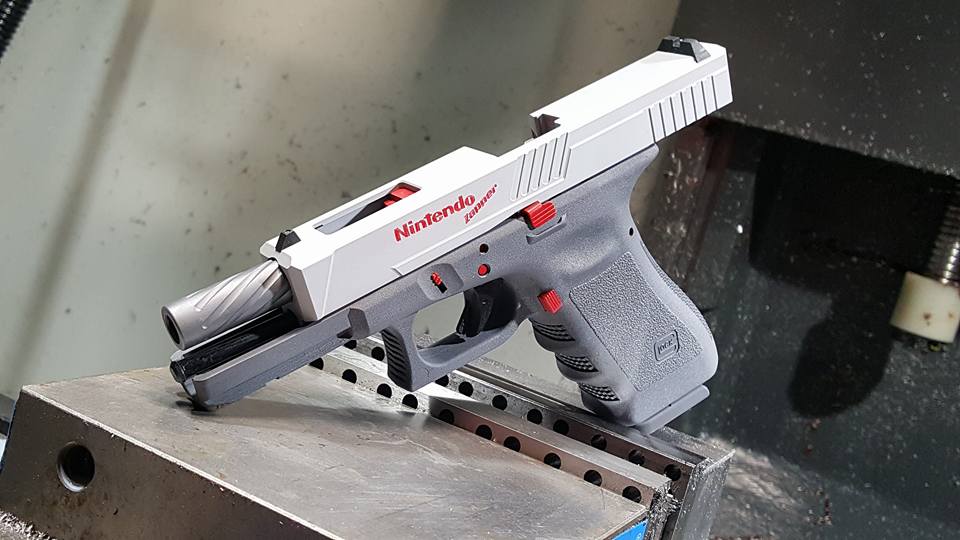 Well, this isn’t going to go down very well in today’s media, is it? I mean, the press already like to talk about how new media and games are ‘evil’ and corrupting kids, and now we’ve gone and turned a lightgun into a glock weapon. Here’s a picture of it courtesy of manufacturer ‘Precision Syndicate’: 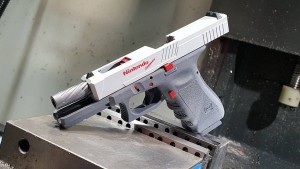 So what can I say about it?

Well, it looks decent enough. But that’s kind of an issue with the weapon, it looks good enough to pass as a normal NES Zapper. And in a country like the US where gun violence is pretty high (and police trigger happy)? Probably not the best idea in the world, especially in regards to things like kids tricking people into thinking its a game peripherial or police opening firing on someone caught with a NES Zapper.

Still, there’s a bright side to this.

The weapon won’t actually be released to the public.

This is the only model that will ever exist, so you can rest happy knowing that the only NES Zappers you’ll ever see are the ones used to play games like Duck Hunt. But what do you think of this, of modelling a real life gun on the NES Zapper?