But now, an official trailer has been posted confirming all these characters and more! Here’s the video:

Well, as mentioned, Sonic is included in the game. How that works (or whether he’s actually getting a physical LEGO set) is yet to be seen. Other than that, we also have:

Jesus Christ, that’s one hell of a list. Seriously, can you imagine if Smash Bros announced that many new franchises in one game? The internet would go absolutely mental with all the hype generated!

But while LEGO Dimensions is certainly impressing us on the crossovers, we do have to keep in mind one thing. Namely, why we’re getting so many new franchises in one go.

And that’s because unfortunately, LEGO Dimensions is as hot as it could be. It’s sold about $150 million worth of toys, sure. But that’s nothing compared to Skylanders, Disney Infinity or even Amiibo. And with Disney Infinity shutting down because the market is apparently a tad too difficult and what not? That’s sure to have gotten someone worried at LEGO or Warner Bros. Still, it is apparently selling more quickly in terms of time frame, so that’s one thing, right?

Either way, let’s look on the bright side shall we? All these awesome series are coming to the game soon, they’re all now available as LEGO figures, and the company’s issues are pretty much the gamer’s gain. It’s a pretty big win for anyone who likes these toys to life games, isn’t it?

But what do you think? Are you impressed by all the new series coming to LEGO Dimensions? Will this make you actually buy the game? Or are you staying away from toys to life stuff like this?

That's a lot of characters. It's a cool concept, but can it work? Also, Sonic looks horrible as a LEGO. xD There's also a lot I didn't know. Like the one that almost got run over by the chick on the motorcycle (who I don't know either, but I think she's an original character of the game so…), the one that's wearing Superman's outfit and looks messed up, the guy tickling Scooby Doo, and the guy coming out of the blue thing that says "Police Box". I'm sure there's others I won't know, but still… Also, in before complaints about… Read more » 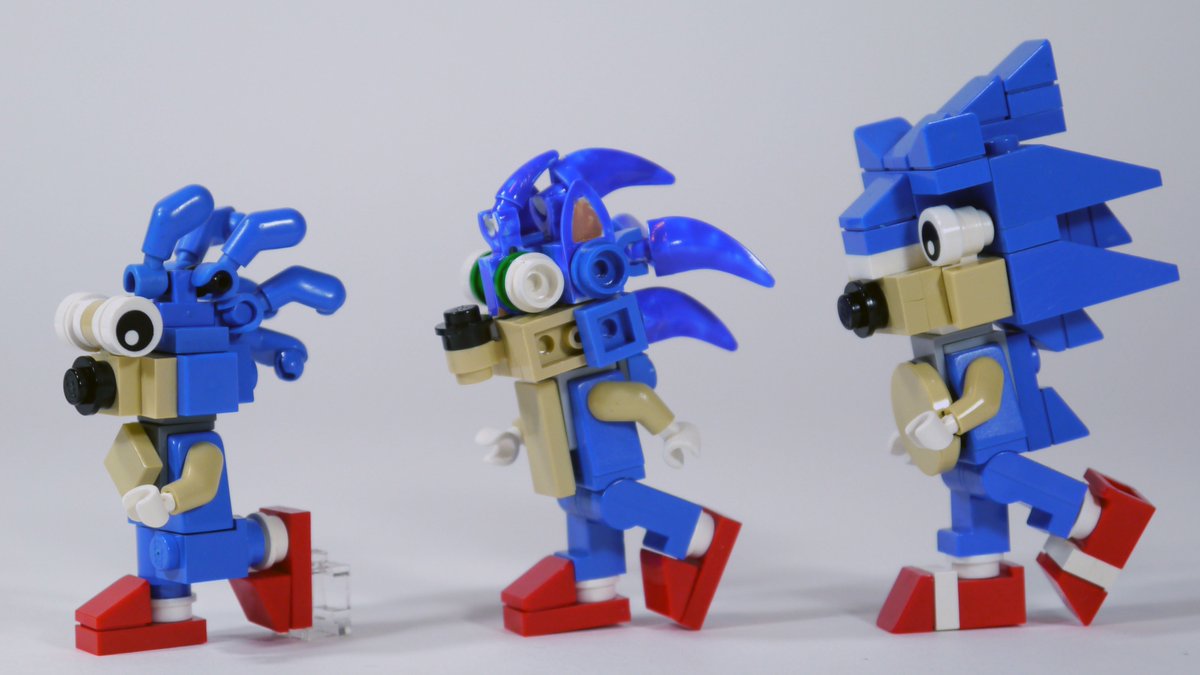 [QUOTE="Link 70222, post: 141005, member: 3"]Just be happy he doesn't look like this. [/QUOTE] That's horrifying. xD [QUOTE="thebestofblue, post: 141006, member: 38"]Why does it have to be the bad ghostbusters? Why can't it be the good ghostbusters? I'd rather have no ghostbusters than acknowledge those ones exist.[/QUOTE] What's wrong with these Ghostbusters? Honestly, I'll never understand the hate for the new ones. I mean, I can understand being upset about something you like being remade, but there's no reason to hate it yet because it's not out. There's only trailers and trailers don't show a whole lot. The movie could… Read more »

[QUOTE="Dark Young Link, post: 141007, member: 7"] What's wrong with these Ghostbusters? Honestly, I'll never understand the hate for the new ones. I mean, I can understand being upset about something you like being remade, but there's no reason to hate it yet because it's not out. There's only trailers and trailers don't show a whole lot. The movie could be good if people would give it half a chance. Imo, the original Ghostbusters isn't that good. I mean it has its funny moments, but over all it's an okay movie, and that's how I feel I'll feel about this… Read more »

Yeah, the new Ghostbusters is dire.

Though to be honest, my hatred of the movie mostly comes from the horrible attitude displayed by those involved with and a lot of the media. Seriously, James Rolfe (Angry Video Game Nerd) politely said he wasn't going to review it, and then basically got flamed to a crisp on social media/'news' sites. That's freaking pathetic, especially given how he just didn't care for a movie.