The Entirety of Ocarina of Time’s World is Now a Single Super Mario 64 Level! 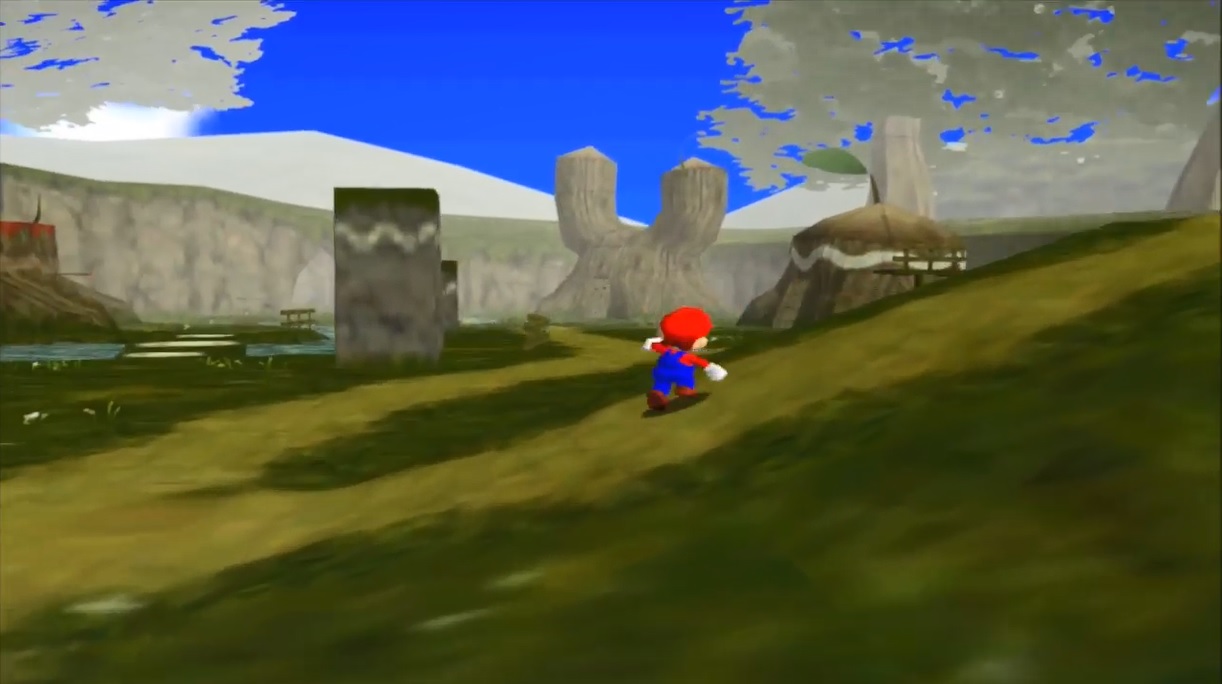 A couple of days ago, we posted about a mod that allowed for levels of almost infinite size in Super Mario 64. This mod was created by SKELUX (maker of Super Mario 64 Star Road), and was demonstrated via a full import of Wuhu Island into a single Super Mario 64 level.

But it seems SKELUX hasn’t stopped there. Oh no, he’s gone from Wuhu Island to Hyrule from Ocarina of Time.

Yep, Hyrule. As in, he’s imported the entirety of Hyrule from Ocarina of Time into a single massive Super Mario 64 level! Here’s a video showing it in action:

As you can see, it looks great. You’ve got Hyrule Field, Kakariko Village, Kokiri Forest and much more besides. There are no loading times here. The draw instance is amazing.

Admittedly, it’s not perfect just yet. After all, the mod functionality wasn’t added to the level editor yet at all.

This means the entire level had to be imported by hand, and things were missed. Like say, animated water. Or various objects that’d need adding in later.

But it’s an impressive tech demo regardless. The world looks amazing, it runs flawlessly and it shows just what’s possible here. You can’t get a better showcase of the Mario 64 infinite level size mode.

So let’s hope there’ll be more to come soon. Like say, SKELUX working alongside Kaze Emanuar on the Legend of Peach. Or another equally large world being imported.

Because with this mod, the sky’s the limit!