DiC was going to make a Mario Movie?

Back in the olden days of 1993, Super Mario Bros the Movie was released in cinemas. Based on the series of the name and starring Bob Hoskins and John Leguizamo as Mario and Luigi respectively, it was one of the first major video game movies of the time.

And as basically everyone online knows, it was also a notoriously bad adaptation of the series too. Mario and Luigi looked somewhat like they do in the games yes, but Bowser was a human called King Koopa, Goombas were 7-foot-tall monstrosities with tiny heads, Daisy was the princess and the whole thing took place in an alternate universe called Dinohatten where dinosaurs had evolved in human like forms after being driven from Earth via the meteorite impact. It was a weird affair all round, and one that was appreciated by neither critics nor audiences, with its failure quickly putting its bizarre take on the Mario franchise to rest. 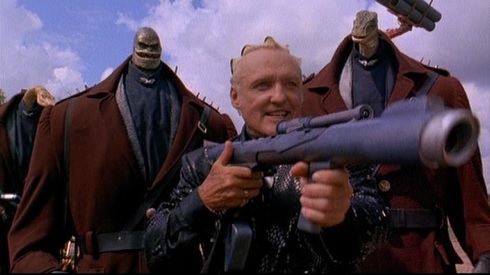 However, it seems the infamous Bob Hoskins version wasn’t the only Western Mario deal that was in production during the franchise’s history. Oh no, as Mario Wiki posted on Twitter, DiC had the rights for an animated movie at one point in time too!

An April 1989 article in the LA Times stated DIC Entertainment was producing an animated Mario movie for 1990, in addition to The Super Show. The timeframe provided line up with other reports of the SMB movie being originally animated https://t.co/FY7AbvSCTR pic.twitter.com/lyKx1sqYRR

And given the timing of the announcement, that’s not the only interesting thing either. No, the press release mentions the upcoming Super Mario Bros Super Show too! So not only was DiC planning on a Mario movie at one point, it was originally going to be released prior to their TV adaptation of the franchise as well! That’s pretty interesting, and hints that the company had bigger plans for Mario adaptations than what we eventually got.

Either way, we know what you’re probably thinking. Would this movie have potentially be a decent one? Or at least, better than the live action film we actually got?

Well to be honest, yes and no. On the one hand, DiC’s adaptations were somewhat questionable in terms of quality at best, and things like the writing and animation were clearly last-minute affairs thrown together to match a schedule. Add to this the forgettable humour and obsession with pop culture references ala Sony Pictures, and it’s clear whatever was planned probably wouldn’t have been an amazing adaptation even if it had got released.

But it would have at least resembled Mario a fair bit more. Oh sure, the Super Show had such ‘original’ plots as Mario in Star Wars or Mario meeting Indiana Jones, but hey, it was still at least a show where Mario and co resembled themselves and the worlds clearly took inspiration from the Mushroom Kingdom of the games. Bowser was a turtle dragon thing, power ups existed, Peach was the princess instead of Daisy and the world wasn’t a cyberpunk dystopia meant to preach about environmentalism and political unrest. DiC’s work would have been recognisably Mario themed, even if it wasn’t particularly good in terms of anything else.

In a choice between the lazy but familiar and the so insane it bears no resemblance to the source material, it seems the former would have better all round.

However, what do you think of the whole affair? Are you disappointed DiC never got to make an animated Mario movie in the vein of the Super Show? Would you have rather seen their take on the franchise than the 1993 version?

Or do you have a soft spot for the live action movie and feel its insanity was better for the series than another ‘safe’ but bland adaptation may have been?

Post your thoughts here in the comments or on the Gaming Latest forums today!