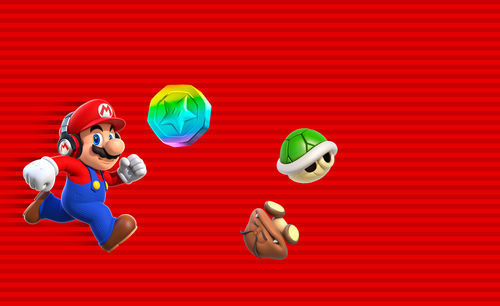 Because as the title suggests, Daisy is going to be added as a playable character in the hit mobile game. And that’s not the only addition either.

Oh no, a brand-new mode called Remix mode is coming soon as well. This new mode consists of ten short level sections to play through, and ends with you unlocking Daisy as a playable character. It’s reminiscent of the challenge stages from NSMB U, and should add a bit of extra replay value to the title.

Which is also the case with the new World Star area too. This new world will be unlocked after beating the first six, and offers players even more new levels to experience in game. Interestingly, said levels seem to include new themes too. Like this forest level with Scuttlebug enemies:

This should also mix up Toad Rally a bit, assuming said levels are now available in it.

Finally, the game is also adding a feature to use your own music in game. Good news if you’re like me and getting tired of NSMB songs. Why listen to ‘bah bah’ when you can listen some awesome Luigi’s Mansion songs?

Or the opera theme from Mario + Rabbids?

The options are endless here, and add so much more replay value to an otherwise tired old game. So, check out the screenshots of the update below: 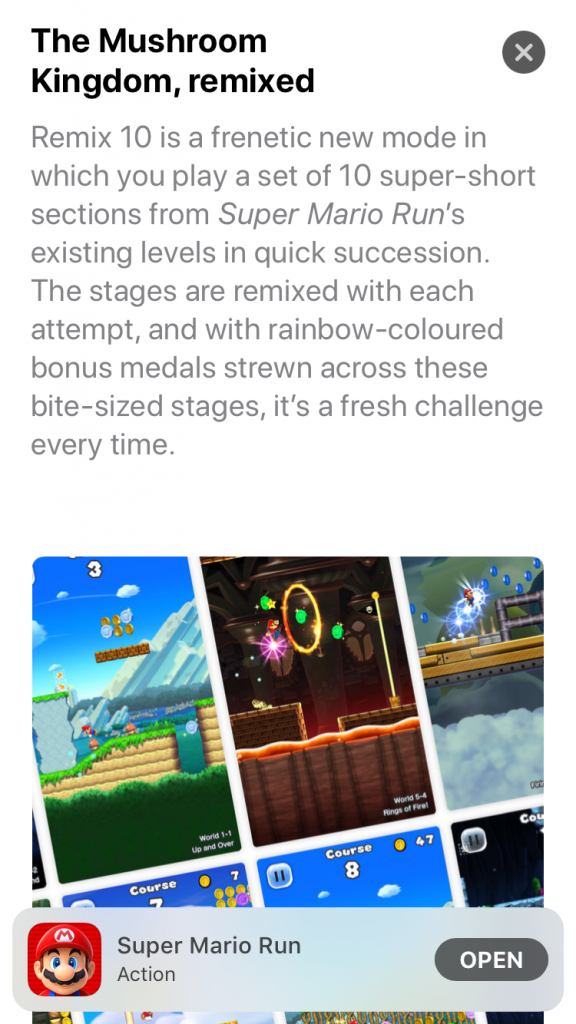 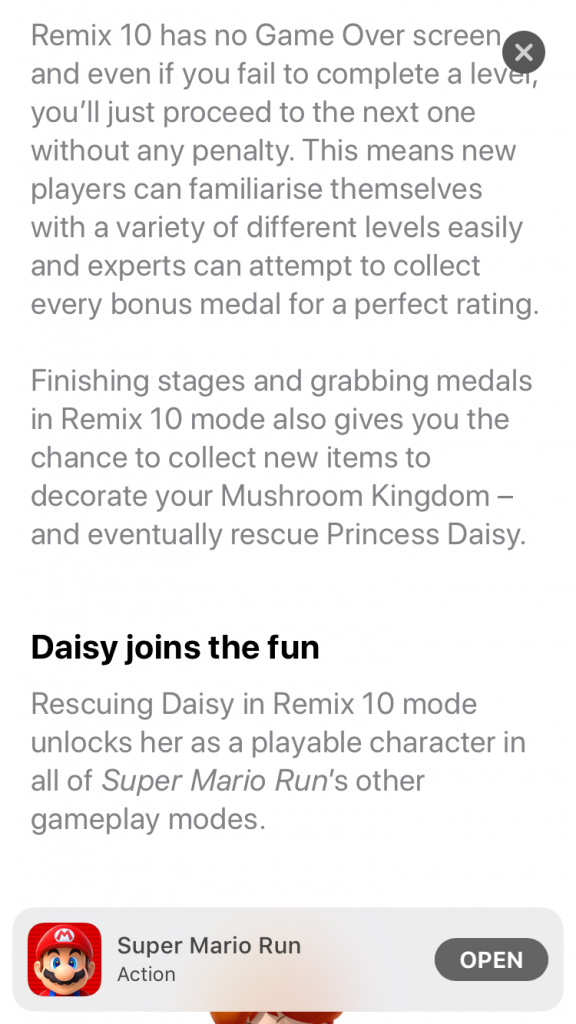 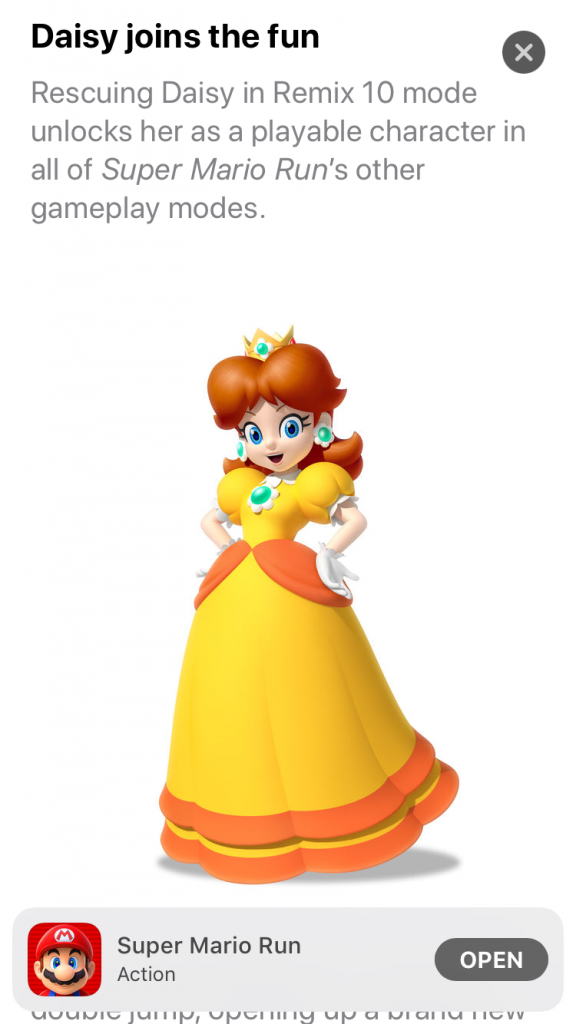 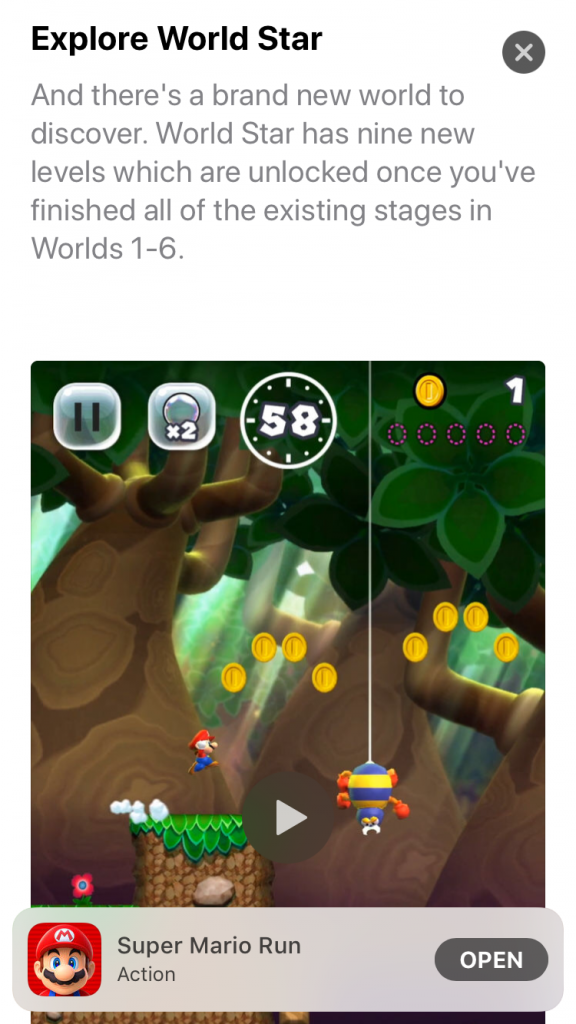 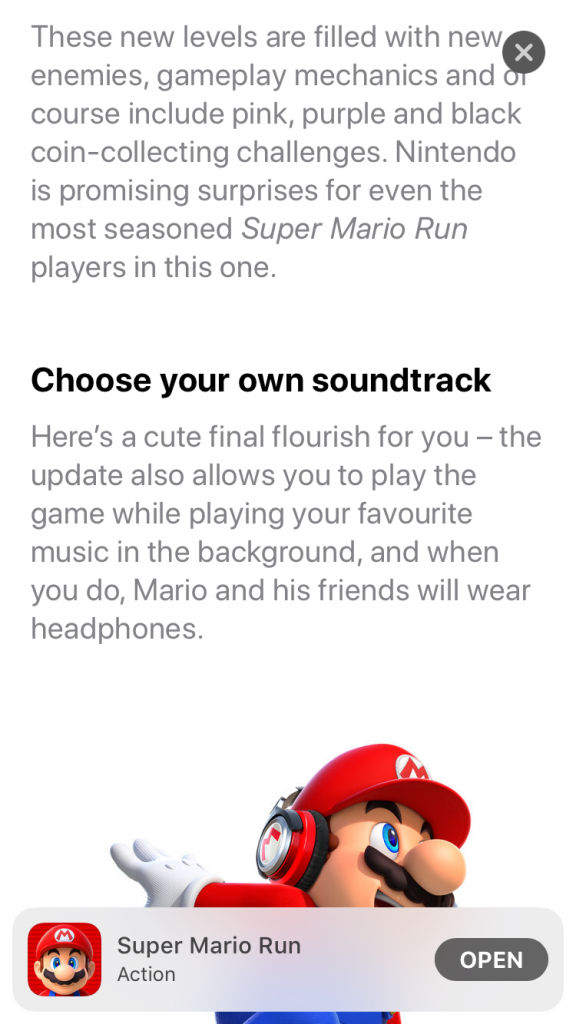 And get ready to return to Super Mario Run when the update drops on September 29th! It’s certainly more interesting than yet another Golden Goomba event!

Even if it did make me look a complete idiot. Damn Nintendo, talk about doing the unexpected!

Super Mario Run is Powering Up (Mobile Only)