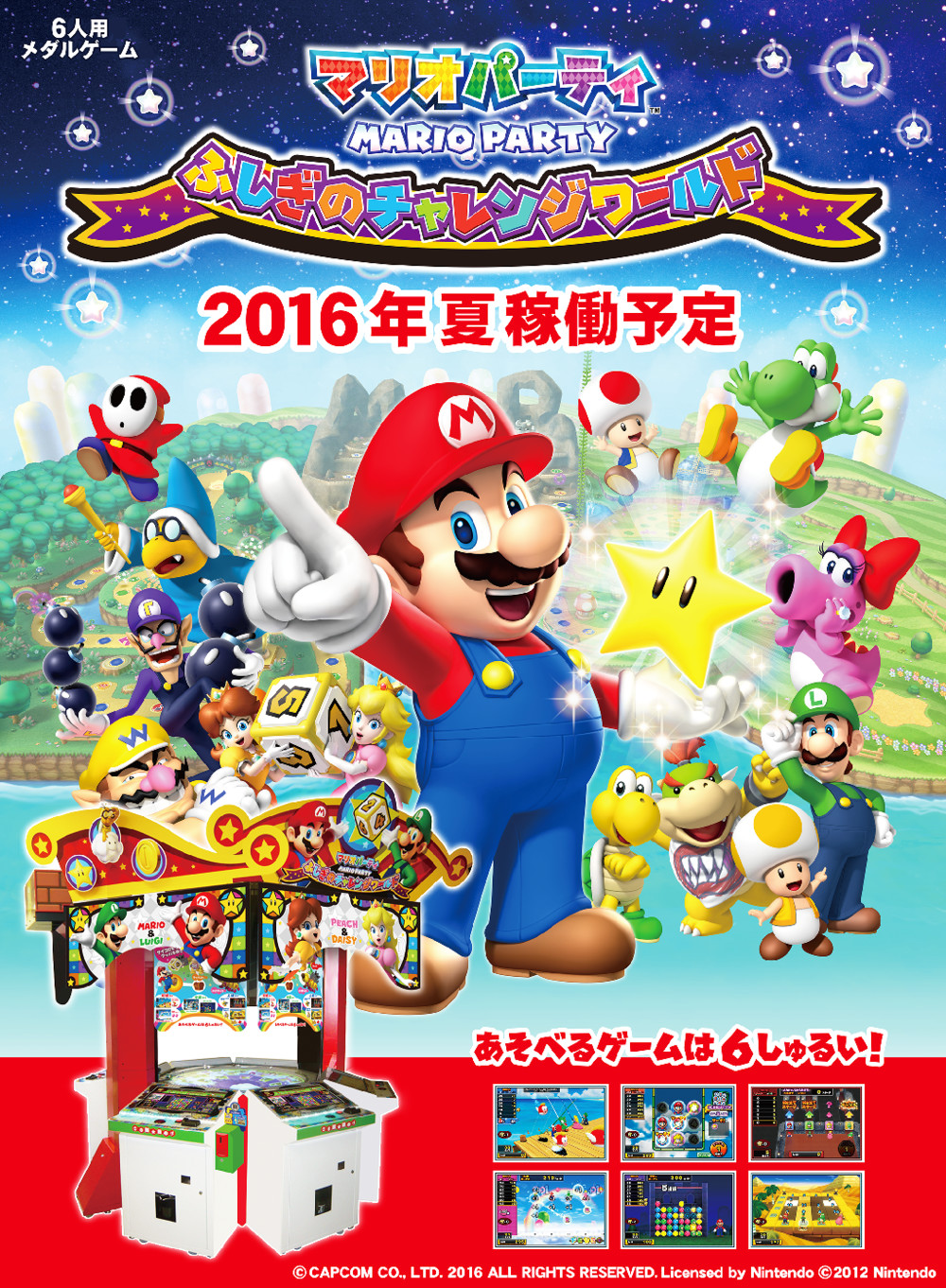 As you may or may not know, Capcom is currently working on a Mario Party game for the arcades. Titled ‘Mario Party Fushigi no Challenge World’ (or Mario Party Mysterious Challenge World in English), the game is apparently based on Mario Party 10 and includes various mini games, board games and gambling games in one package. You can see a picture of the machine here: 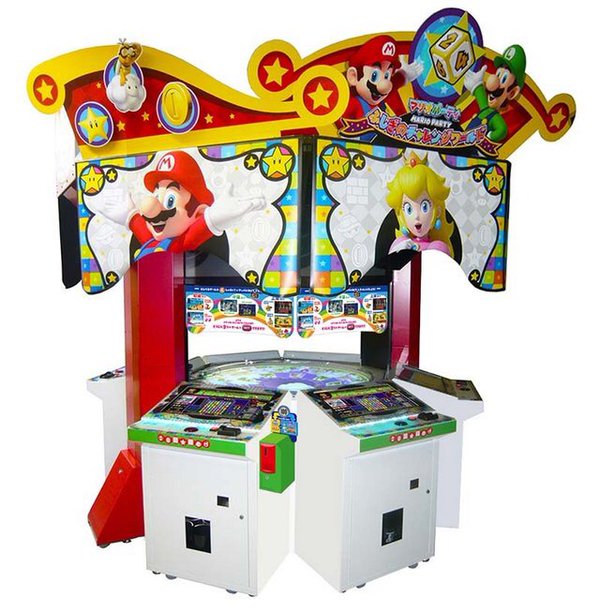 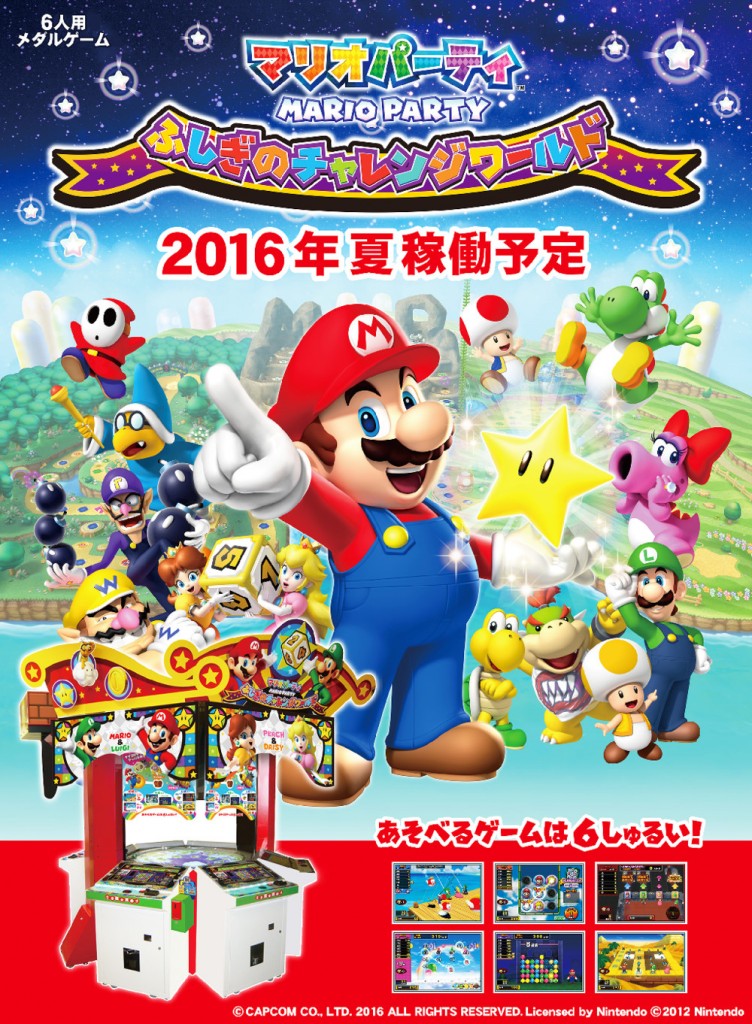 And some footage of it in action here:

But did you know that this whole idea isn’t a new thing? That Mario Party has already become a bit of a fixture in the Japanese arcade scene.

Above: It’s an awful lot like the new one, isn’t it?

As you can see, it’s a hybrid of a traditional Mario Party game and an arcade ticket machine, with slot machine functionality being included. And the mini games? Well, I can’t find any footage of those yet, but Mario Wiki does have a picture showing Will Flower being played in this version:

And it’s not the only example either. Just a year or so later, Capcom also came out with Super Mario Fushigi no Korokoro Party 2. A sequel to the first game, this one was also based on Mario Party 5 and came with the ability for up to eight or even sixteen people to play at once. Here’s some media for that title: 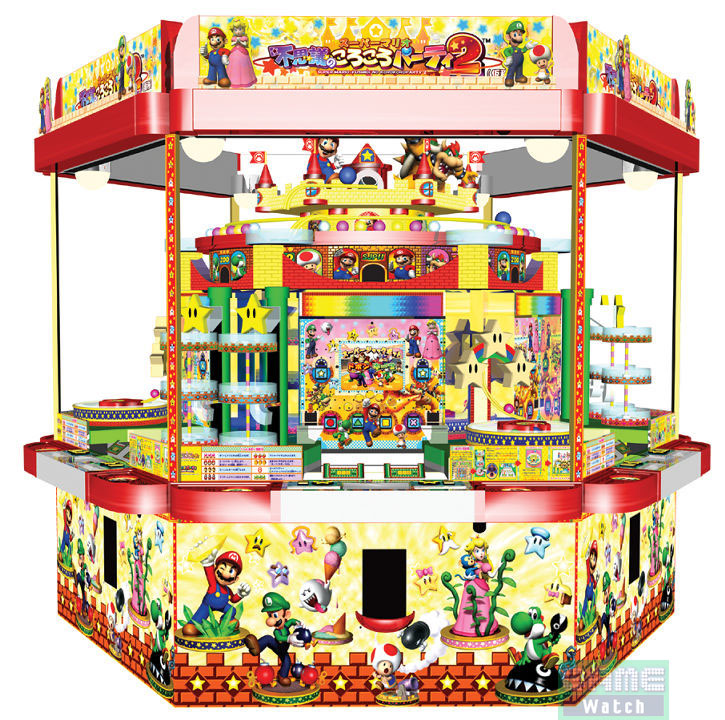 There was also yet more ‘games’, like this claw machine based on Mario Party 8:

Above: Mario Party Fushigi no korokoro catcher 2. With a Mario hat like grabbing claw!

This one was a bit more like a traditional arcade machine though, with the focus being on the crane game, slot machine and pachinko type modes. Still, it did have the odd mini game, with Cardiators, Boo-ting Gallery and Kartastrophe being among the ones brought over from Mario Party 8, and the Mario aesthetics were just as strong here as they were in any of the other titles.

Either way, try and keep your expectations toned down a bit for this game. Remember, Capcom has made a ton of arcade games based on the Mario series, and the vast majority of them are more traditional gambling with some Mario content included on the side rather than standard video games.