Bubsy Returns With The Woolies Strike Back! 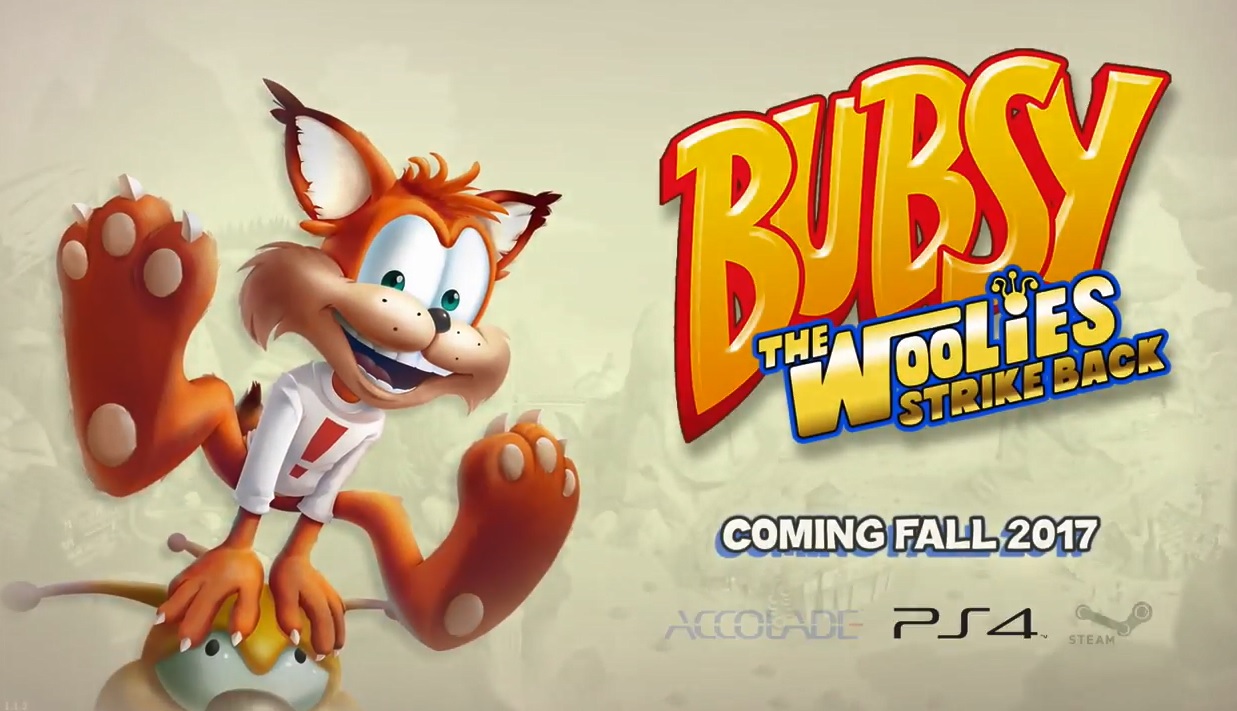 Admit it. When you hear that a old school video game franchise is making a comeback, what kind of series do you expect it to be?

Something like Crash Bandicoot or Banjo-Kazooie, a classic that everyone knows and loves?

Maybe a lesser known NES era title like Mach Rider (to go with Punch Out and Kid Icarus before it)?

Yeah, that seems reasonable to us too. But whatever you choose, it’s pretty likely Bubsy isn’t it. After all, the series wasn’t exactly held in high regard to begin with. The games got mediocre reviews, people considered the character annoying, and any attempt at moving into other mediums kind of fell rather flat (like the infamous cartoon pilot).

But it seems the series is coming back anyway. Yes, Bubsy: The Woolies Return has just been announced for PS4 and PC, and you can watch the first trailer for yourself right here:

As you can see, it looks okay so far. Not quite amazing, but better than the old school Bubsy games none the less. It’s also got quite a good developer behind it too, with Giana Sisters: Twisted Dreams dev Black Forest Games being the company behind this Bubsy Revival.

However, regardless of quality, the game still raises a few key questions. Namely, who exactly is this title aimed at?

Longtime Bubsy fans will presumably like it, and a certain percentage of retro gamers will buy it for nostalgia’s sake. But… who exactly in the mainstream was desperate for this guy to return?

We’re not sure really. Add the stiff competition its against this year (Super Mario Odyssey, Sonic Mania and Forces, Crash Bandicoot N Sane Trilogy), and it’ll be interesting to see quite how it performs. Will it find an audience? Or will the popular platformers just completely overshadow this one?
Who knows.

Either way though, Bubsy is back. And his game might actually be quite good this time around!