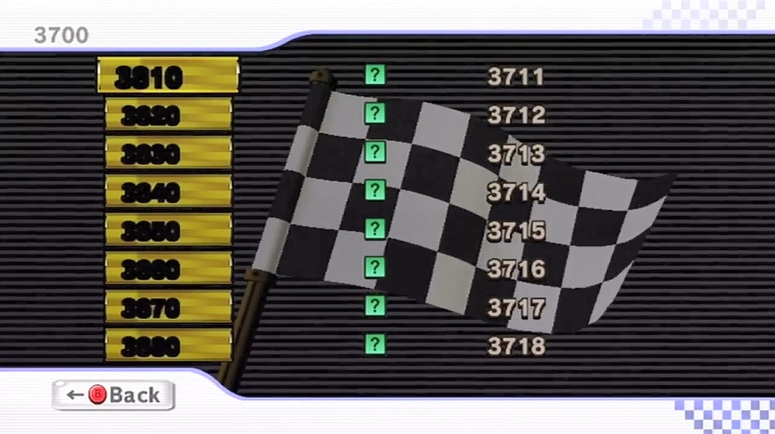 Back when Mario Kart Wii came out, quite a few people were disappointed that mission mode was entirely absent. Yeah, we got online tournaments/competitions, and those had some elements of the same.

But they were also time specific, gave you no rankings or real sense of completion and came with very little in the way of boss battles. They were merely a poor man’s version of the same, and one which really never got much of a chance to shine.

However, it seems like Nintendo really did have plans to bring back mission mode at some point! Yep, as hacker and YouTuber MrBean3500VR found out, there’s still what appears to be remnants of the mode hidden in Mario Kart Wii!

Here’s his video explaining what he found:

As you can tell, there’s not much left. You’ve got what appears to be a chapter and mission select screen. A few options for manual or automatic drifting (which implies that like tournaments, some missions would only support one type). And some references to text that’s long been removed from the game.

Don’t expect to actually play any missions either. That’s because like the text, all mission data seems to be wiped from the disc as well. So yeah, it’s not like you’ve got beta tracks to go racing around in. Or some weird on screen version of the Topman battle in Galaxy Arena to try out.

Because it’s not possible. Instead, you’ve just got a few menus hinting at what could have been. A fantastic mode that would probably been received far better than Nintendo’s actual tournament setup.

So yeah, it’s a shame it was all scrapped. But hey, what do you think about it?

Are you a bit depressed that mission mode was actually planned at one point before scrapped from the game?

Or do you think the online tournaments/competitions are a good alternative?