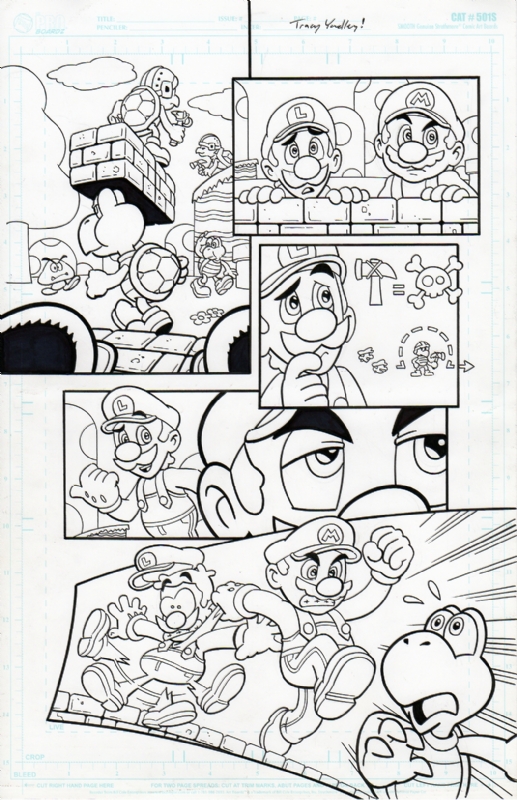 If you’re a fan of the Sonic the Hedgehog series, you probably know how big the comic adaptations are.  Created as a tie in to the Sonic SatAM cartoon back in 1993, they’re popular with much of the series fandom and and are well known for all the new characters and storylines they introduce as a result.

But did you know that Archie Comics was planning to make a Mario comic too?  Or that they actually pitched one to Nintendo?

Yes, it really happened.  Here’s part of their pitch, showing what the comic might have been like:

Unfortunately for some Mario fans (and as confirmed by Archie’s Ian Flynn), Nintendo turned them down and the idea was scrapped.

But it was definitely a close call, and it seems highly likely that said comic could really have come to fruition in a universe not all that different from our own.  Perhaps then we may have even got Miyamoto more interested in putting storylines in his games…

Still, what do you think?  Would you have liked to have seen a Mario comic by the same people behind the Sonic the Hedgehog and Mega Man ones?