The Adventures of Super Mario Bros 3 is now on Steam! 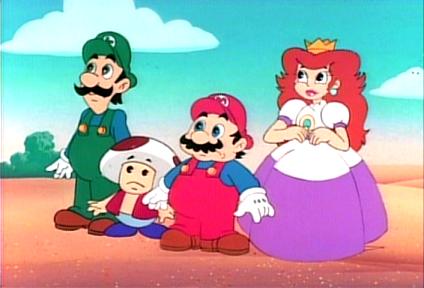 No, we’re not making this up. An actual official Mario product is now available to buy on Steam. Yeah, it’s a cartoon series, but it’s Mario on Steam! Here’s the link to the product page there:

The Adventures of Super Mario Bros 3 on Steam

As well as a preview of what the cartoons look like:

These individual episodes cost $2 each and a 13 episode bundle can be yours for just under $18. That’s a pretty good deal for a cartoon series, especially one based on a Nintendo series that doesn’t like to reduce its prices. Or for that matter, that Nintendo has tried to sweep under the rug for years.

However, there is a catch,

Namely, it’s only available in certain regions. What ones? Well, probably just the US to be honest, since even in the UK you can’t seem to buy the episodes from Steam. Bad news for non US Mario fans then!

But still, it’s an interesting move for Nintendo and DIC, and one I’d have never seen coming before. Perhaps it’s a sign that Nintendo really is looking to branch out onto other platforms.

This is still crazy as steam has never owned any Nintendo based products since forever!

Will that also include the PC games of the Super Mario series as well?

I used to play those older PC games back in the day. If Nintendo does port them to PC….