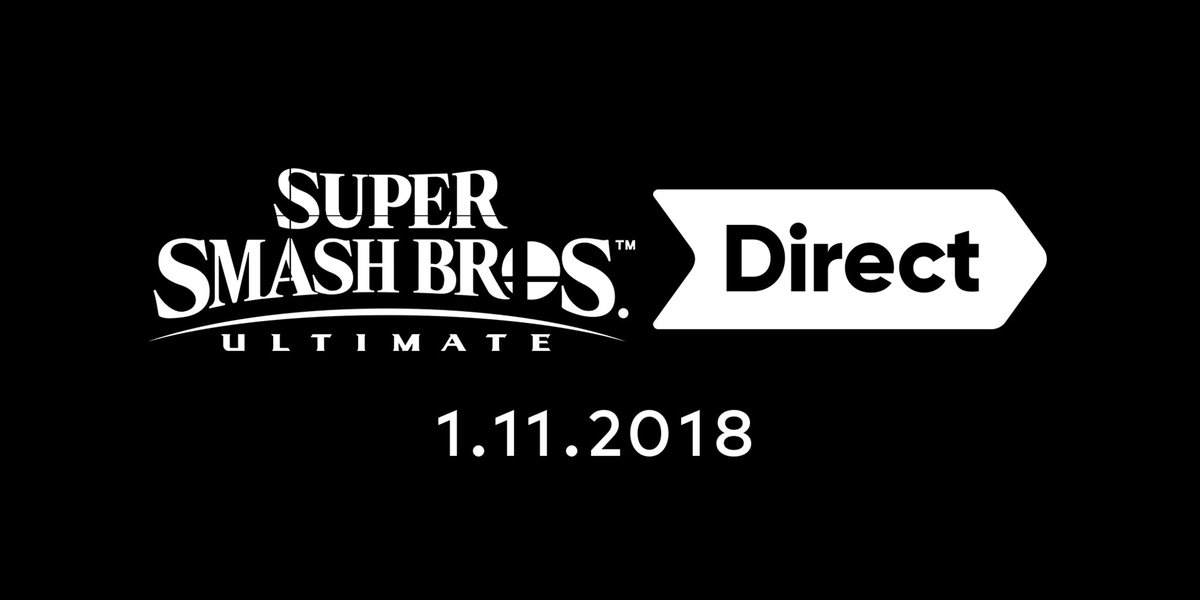 A couple of days ago, we posted about a Super Smash Bros ‘leak’ going around online. Featuring such characters as Banjo-Kazooie, Shadow the Hedgehog and Mach Rider, the leak was based on a ‘promotional image’ posted on Snapchat, and appeared to give away the entire roster for the upcoming game.
However, there was no proof either way as to its validity. Oh sure, it looked legitimate enough from a distance, but there was evidence both for and against it found easily online, and the whole thing could just as easily have been a hoax as a legitimate leak. Based on that, we just had no way of knowing the situation.
Until now. Because as the title suggests, a new Nintendo Direct for Super Smash Bros Ultimate has been announced for this coming Thursday, and it promises to blow the lid off all manner of Smash Bros Ultimate reveals and inclusions. Here’s the tweet about it from Nintendo of America’s official Twitter account:

Tune in 11/1 for roughly 40 minutes of new information in the final Super #SmashBrosUltimate #NintendoDirect before the game’s release, hosted by Director Masahiro Sakurai! The Direct will be followed by a post-show Nintendo Treehouse: Live presentation. https://t.co/Y00RdNrBth pic.twitter.com/JSuSUtGk6e

As well as similar tweets from their counterparts around the world:

Tune in at 14:00 (UK time) on 01/11 for the last Super #SmashBros Ultimate Direct presentation before the game's launch! It'll last approximately 40 minutes.

In addition to a list of times for the event:

As you can see, there’s no denying this is gonna be a big deal. It’s being talked about everywhere, it’s getting a ton of press, and it’s got 40 minutes to fill with Super Smash Bros Ultimate announcements and reveals. That means the likelihood of at least two or more characters being revealed for the game is extremely high, and given the situation (last Direct before launch), even means it’s possible we’ll see every single remaining character announced as well.

And that means it’s judgement day for the ‘grinch leak’. Will Banjo-Kazooie get its protagonists as newcomers? Will Mach Rider make his Smash debut?

If so, then the leak was probably legit, and we can add it to the ‘actual leaks’ list along with the Paper Mario and Pokémon ones of years past. However, if no one like this does get revealed (or worse, they’re revealed as Assist Trophies or background characters), then we consider it dead, and the whole affair a complete waste of time and effort.

It’s all to play for, and it’s this Nintendo Direct that’ll be the deciding factor. Let’s see what Thursday brings!