A Debug Mode Has Been Discovered in Paper Mario The Thousand Year Door! 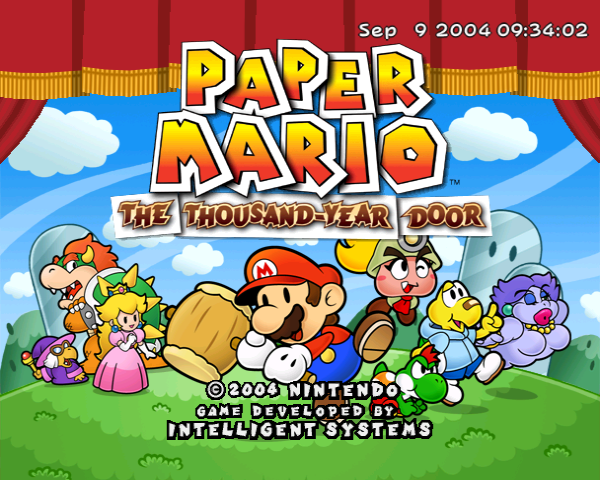 Ah, it’s always nice when secrets are found years later, isn’t it? Whether it’s the secret weakness to Forest Water Kalle Demos has in the Wind Waker or the hidden room in Shadowrun, a late secret is like a trip back to your childhood. A journey back to an era of mystery, of games being magical experiences with secrets lurking in every corner and shadow.

Which is why today’s discovery in Paper Mario the Thousand Year Door is all the better. Why? Because it’s a whole debug mode… that no one had found in nearly 14 years. Yep, by entering a certain sequence of buttons on the title screen, you really can access a debug mode hidden in the game.

This sequence doesn’t do much out of the ordinary at first glance, but upon an issue occurring (like a game crash), it displays information about the situation meant for programmers and others in the title’s development team. It’s like the ones in Super Mario 64 DS and Mario Kart DS really.

Here’s the code required to activate it (which you enter at the title screen):

As well as a picture showing the game’s build date only available in this mode (hold Z at the title screen after entering the above for this one):

Yeah, it’s not much right now. After all, it’s more of a debugging tool than a public feature, and a far cry from the cheat menu Smash Bros Melee’s version was.

But hey, it’s worth messing around with none the less. So, give it a try when you can, and tell us about what you find here on Gaming Reinvented.

We’ll be interested in seeing what happens with this one!