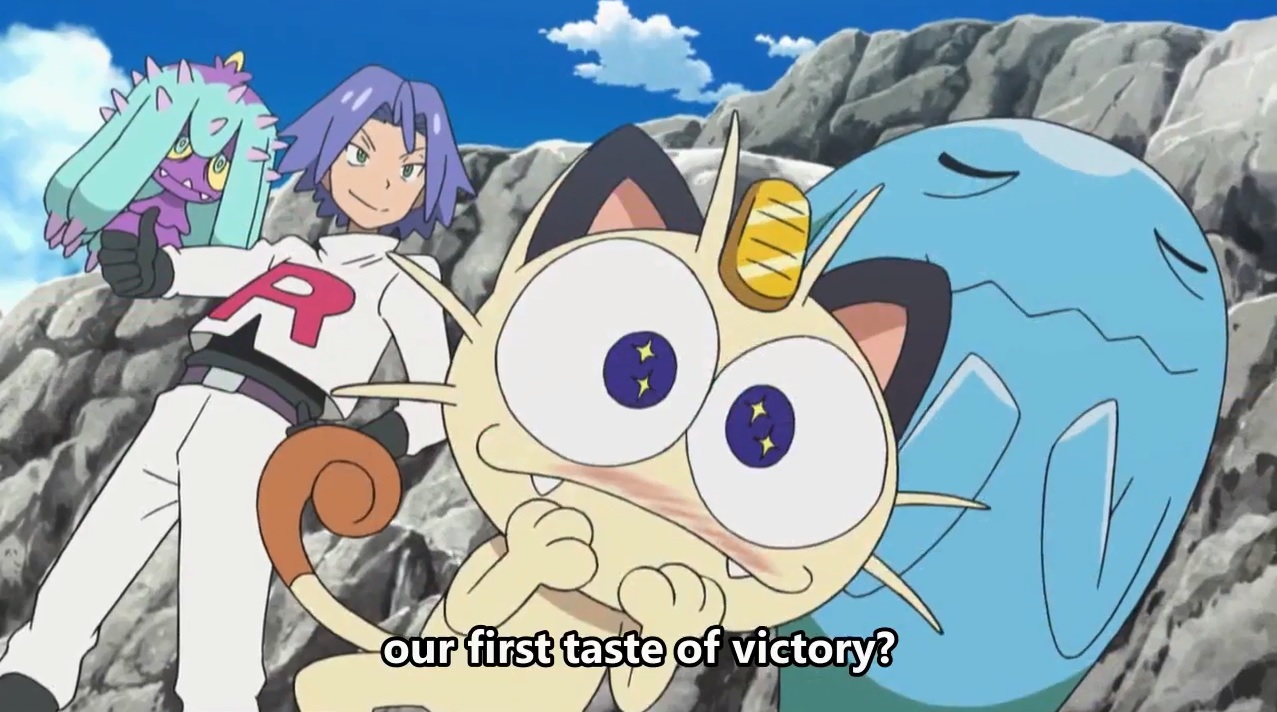 But now it’s finally happened. After all that time, Team Rocket have finally defeated Ash Ketchum in a Pokemon battle!

No, we’re not making this up. Here’s a video showing their well earned victory:

As you can see, it’s a pretty brutal fight overall. Jessie’s Mimikyu was already more than a match for the yellow mouse in earlier episodes, and here it’s dominating it more than ever. Add in James’ newly caught Mareanie, and well, Ash’s Pikachu and Rowlett didn’t stand a chance.

Now admittedly, they didn’t exactly get to steal Pikachu afterwards. And Mimikyu’s attempt at a finishing blow on the heavily battered Pikachu was cut short by Bewear’s interference. But still, they conclusively won the battle none the less. After nearly two decades, Team Rocket has finally won.

So what’s next? Are we going to see Dick Dastardly finally win a race? Tom finally eat Jerry? Bowser defeat Mario in a epic battle? I guess we’ll just have to wait and see…