A Handy FAQ for the Nintendo Switch

Have you seen the recent Nintendo Switch announcement and ended up a bit confused about the whole thing?

Do you ever wonder what processor is used in the console? Or whether it’ll be backwards compatible with your 3DS and Wii U games?

Well if so, help is at hand! Thanks to our handy little FAQ about the Nintendo Switch, you’ll be able to find out exactly how the console works, what games will be available and all manner of other useful facts about Nintendo’s new system.

So just scroll down, look for the question you want answered and find out more about the new system in seconds!

What is the Nintendo Switch?

It’s Nintendo’s next console, which can be used as both a home console and a handheld. By clipping the controllers to the sides of the unit, you can turn it into a portable system, and play your favourite games anywhere you like!

And what was the Nintendo NX?

The Nintendo NX was the development codename for the Nintendo Switch.

So, is it a home console or a handheld?

It’s both, because it’s a hybrid system. Nintendo like to refer to it as a home console though.

How much does the Nintendo Switch cost?

No one knows yet. Information like that will be announced near to its release date.

When is the Nintendo Switch being released?

So what games are going to be available for it?

Well, the following games have been officially confirmed:

And these ones were shown in the preview trailer:

However, please note that the latter could be mockups, tech demos or simply games in early development. As a result, they could be cancelled, retooled or not exist altogether.

Who’s developing games for the system?

Is the Nintendo Switch backwards compatible?

Not with physical copies of 3DS and Wii U games.[2]

It might work with digital ones, but that hasn’t been confirmed yet.

Do Amiibo work with the system?

Yes, assuming the game itself supports them. [5]

Does the system use cartridges?

It uses game cards, like the 3DS. So yes it does use them, kind of. 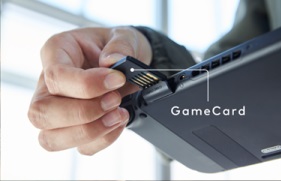 How big can games be on said cartridges?

We don’t know. Specifications for said cartridges will be announced before launch. [2]

Is the console region locked?

Does it have a touch screen?

We don’t know yet. Word online (again) says it will [8], but take that with a pinch of salt.

Is there a Pro Controller?

Yes, there’s a Nintendo Switch Pro Controller. Which as expected, works like the Wii U one. 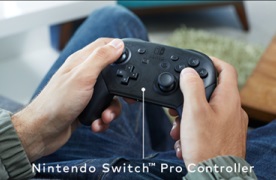 Is the Nintendo Switch ‘dual screen’?

No. Unlike the Wii U, you can’t use the Switch’s screen and the TV at the same time. It doesn’t work like a GamePad or 3DS. [9]

What processor does the Nintendo Switch use?

It uses a custom Tegra processor by Nvidia. [7]

How popular was the Nintendo Switch reveal?

Well, the preview trailer was viewed over 10 million times, and is currently Nintendo’s most popular YouTube video ever. It’s also been trending just about non stop on Twitter, and discussed by every news site and media publication in existence.

Well, Nintendo’s stocks went up when the preview video was announced…

And then dropped by 6.5% upon the reveal. [3] However, keep in mind that this happens a lot with new console announcements, and similar things happened to Sony’s stock (before the PS4) and Microsoft’s (before the Xbox One) to name just a few example.

When will the Wii U cease development?

Nintendo isn’t saying. Just that customers should ‘monitor its availability’ if they want one.

Is the 3DS going to be discontinued?

Nintendo says they haven’t announced whether it will be.

That’s the name given to a Nintendo Switch controller.

When will Nintendo provide more information about the Nintendo Switch?

Next year. Nintendo aren’t providing any more announcements about the system in 2016. [4]