Would The Wind Waker HD have been better as a Wii U Launch Game?

Or more accurately, as a title released partway through the year instead of in the Autumn with the other major games for the system?

I definitely think so, and do you know why?

Because at this moment in time, the Wii U doesn’t need this type of game.  Are remakes/ports good sometimes?  Yes.  But they’re best saved for a time in which a console needs to sell a few million more units quickly but doesn’t have any other big selling points to keep it going. Like how on the 3DS, The Legend of Zelda Ocarina of Time was released during June of 2012. Or how one of the very first titles for the original DS was Super Mario 64 DS (which also worked as a sort of tech showcase for the machine).

They work because people want something to play on a new system.  They don’t care if its new or not or how well the concept has been done, they just want something to act as a stopgap to make sure their new 300 dollar machine doesn’t act like a doorstop for the next six months.  Remakes are a nice safe way of filling that gap. 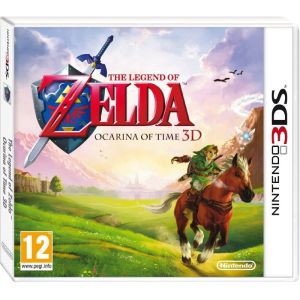 Above: This game sold quite well because as well as being a great game, it was also one of the only things to play on 3DS for a few months

Unfortunately for Nintendo (as they’ll likely discover very shortly), remakes and ports don’t work when the console already has many major titles for people to buy, as well as various big games on other platforms that are seen as better uses of people’s money.  Is the Wind Waker a good game?

But the big issue I have to wonder about is simply the following:

Will this game be something people will buy instead of/alongside Pikmin 3, Donkey Kong Country Tropical Freeze, Super Mario 3D World, Pokemon X or Y and The Legend of Zelda Link Between Worlds? 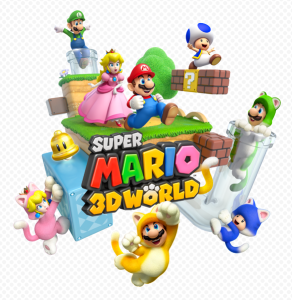 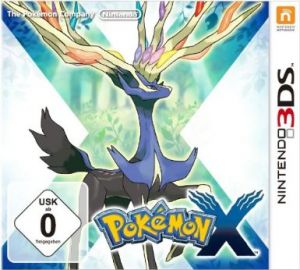 Above: Just a few games people might decide to buy over this one thanks to its questionable choice of release date…

I don’t think they will.  I think the appeal of a brand new experience for a new console significantly outweighs that of a slightly modified port of a ten plus year old Gamecube game.  The Zelda fans don’t need it, they’ve got Link Between Worlds on 3DS to play. The Mario fans are likely too sidetracked by Mario 3D World or the like (or perhaps Mario & Luigi Dream Team if they’re US gamers).  And the people who like the more quirky or unusual Wii U games might be more keen on Pikmin 3 or the Wonderful 101 instead, titles which are both interesting, extremely new and (especially in the case of the former), already highly rated. 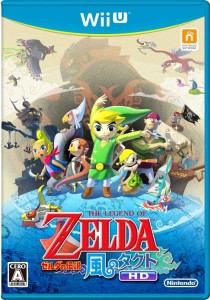 Above: It might be a remake of a classic game, but it’s got very, very tough competition this time of year…

So yes, I think The Wind Waker HD might be released too late for it to sell that well.  And more to the point, I think the game would have been a much better idea had it been released in January/February/March as a way to alleviate the Wii U games drought.  No competition, a whole bunch of early adopters keen on a new Wii U title… isn’t that what a remake kind of needs?

Do you think The Legend of Zelda The Wind Waker HD would have been better as a Wii U launch title or early 2013 one rather than one due out in the coming months?

I loved the mess out of Wind Waker a decade ago, but I never figured out why Nintendo acted like releasing this game was the dream of every fan on the planet. No one seemed to even care much once the realization that all this was was a wash and wax of the graphics. I agree. I have no idea why the big N would hold on to this when there was nothing else to play on their system for so long. Maybe they figure that if they bombard the market with games all at once people with forget that… Read more »

heyy do you have a nintedo 3ds ?