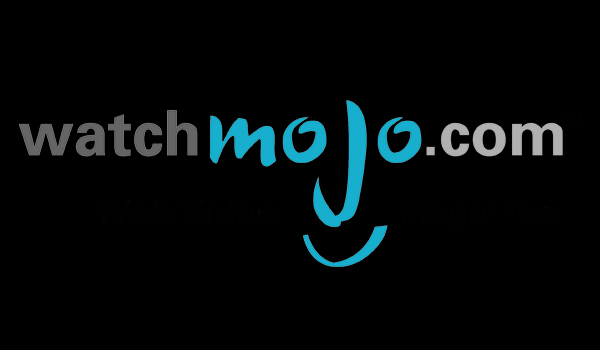 As you may know, WatchMojo is one of the most popular channels on YouTube. Covering everything from TV and films to video games, their videos are usually your standard top ten lists about various subjects. Like the top ten worst selling consoles or the top ten most expensive sci-fi movies.

You know, the typical stuff you find on Buzzfeed like clickbait factories. Poorly researched, minimal effort attention grabbers that often retread the same ground as legions of others beforehand.

But in itself, that’s not a bad thing. After all, top ten lists aren’t a crime against humanity. And hey, everyone does need to just switch off and watch something a bit more mindless every now and again, right?

Well, I guess so. Except there’s just one problem.

Namely, the info in the videos is stolen from other YouTube creators.

Yep, I’m not kidding. All the facts are straight from other people’s work with no credit given.

How do we know this?

Because Guru Larry has seen his whole video ripped off and reused as a WatchMojo list. Yep, they took one of his Fact Hunt videos, noted down the entries there and remade the entire thing as a video on their channel.

Normally, that wouldn’t be too noticeable. Unfortunately for WatchMojo though, Guru Larry was prepared.

That’s because Guru Larry (like many map makers and dictionary writers of old) is known to sneak ‘copyright traps’ into his work. These traps are very minor ‘mistakes’ that can then be used to prove someone stole your data and reused it in their own work. They’re quite common on maps, with ‘trap streets’ often used to prove a mapmaker copied one of their rivals.

And since WatchMojo clearly didn’t do any other research on the topic, they copied the fake information without checking. Good job guys! How lovely of you to tell us where you get your information from now!

Here’s Larry’s tweet about the subject going into a bit more:

Great thing to wake up to, @WatchMojo has literally stolen all the research from my Worst Selling Consoles episode!

As well as Top Hat Gaming Man’s great video about the controversy:

So either way, the cat was out of the bag and Twitter was talking about it. So what did WatchMojo do?
Did they apologise for their actions like mature people would? Take down the video to stop people being fooled by fake information?

Well, not quite. They took down the video sure, but actually admitting they stole someone’s research never factored into it. Instead they sent Guru Larry the following, rather hilarious letter:

WatchMojo's email response to me about them stealing my research: pic.twitter.com/2gvnxhoyC4

As you can see, it’s filled with examples of questionable journalism ethics. For example, why don’t the organisation credit people for their findings?

That’s just… wow. Can you imagine if someone did that in school or college?

They’d probably get thrown off the course. That’s an obvious example of plagiarism, no matter how you cut it.

Yet that’s not all the letter implies.Oh no, it also implies they’re rather terrible at research.

Well, isn’t the job of a journalist about verifying the information they’re posting about? Aren’t journalists supposed to hunt down the source of a piece of information before writing about it?

Yeah, I think they are. But thanks to the fact WatchMojo clearly isn’t finding the original source, it implies the channel’s ‘researchers’ don’t actually do much research at all. That they find whatever a few other YouTubers or writers have said about a topic, copy down the information and merely assume it’s accurate. Verifying stuff? Who has the time for that, right?

Additionally, they also seem to imply they don’t really check their videos for originality all that well either. That’s because their letter goes and says ‘their tool didn’t pick up the similarities to your video’, implying the only thing they do is put the information through an automated plagiarism checker and hope nothing comes up as a match.

That’s again pretty bad for a channel like this. It’s basically admitting that people can send in anything and they’ll post it so long as it doesn’t ‘look’ enough like the source it’s paraphrasing. It feels like one of those cases where someone assumes Copyscape or Turnitin is good enough on its own.

And when you add this to the clear mistakes the channel makes in their videos (Top Hat Gaming Man references the terrible ‘Jaguar sales data’ in his response), you’ve got a lazy, uninspired YouTube channel trying to cash in on other people’s work for their own gain. Which is a trend that’s all too common now. Giant clickbait channels spamming low effort videos based on other people’s work for quick views.

So don’t support these guys. They clearly don’t put a lot of work into their videos, they steal from other people and their journalistic integrity is virtually nil. Treat them like you would Brash Games or other thieves. Organisations you refuse to support for their complete lack of morals and sheer laziness.

Because WatchMojo doesn’t deserve your patronage. And nor do any other such channels who refuse to credit people for their work.