The Nintendo Creator’s Program; Our Thoughts and Suggestions

As you probably now know, Nintendo have set up a partner program for people making videos of their games on Youtube. You sign up to their service, agree some revenue split or another, and content ID won’t strike down your ad revenue on Google’s service. 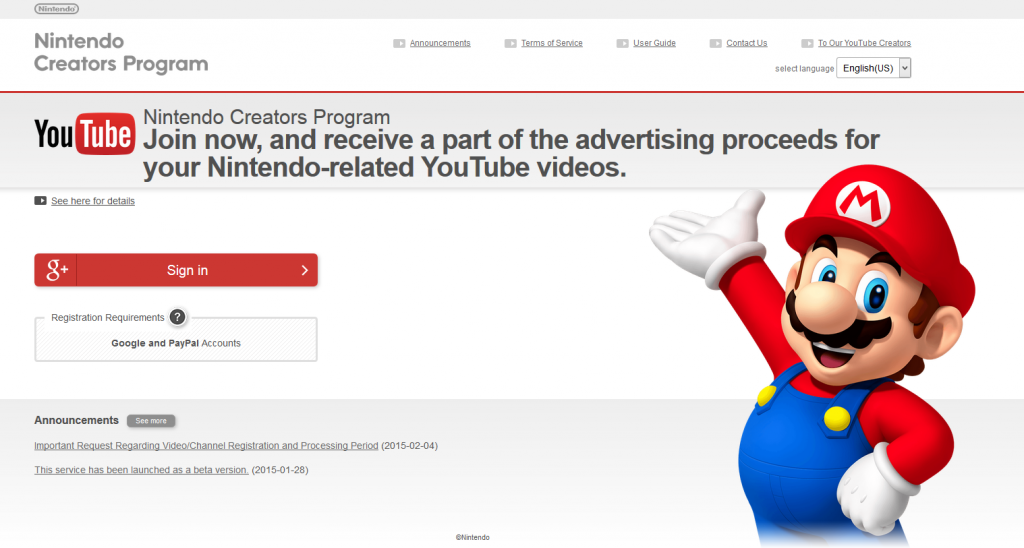 It’s a flawed system, to put it nicely. The list of games is mediocre, leaving out many classics that Nintendo had released over the years (for example, not one Donkey Kong Country game before Returns is on the list). The revenue split is questionable, given how it’s giving Nintendo a ‘share’ for something that just about everyone would agree isn’t actually theirs to take money off of. And it’s only available in certain regions.

So the system kind of sucks. What’s our advice to get round it?

Okay, that might be a bit difficult. We’ll rephrase that:

Cut your contracts with any ‘networks’. Stop using Youtube monetisation on your videos. Don’t only host your videos there.
Instead, get your own website and set that up properly. Sign up for some real ad networks that work directly with you rather than Google, or sign up companies to your own service. Host your videos on your own hosting account with your own comments system and your own setup. That way, the money isn’t shared between you, Google and Nintendo…
It goes straight to you. All 100% of it.

It’s how all the bigger sites are making their money now. Remember IGN and Gamespot? Well, note how they tend to use their own video players for their site videos. That’s so they can put their own advertising in and around the videos rather than relying on a third party like Youtube or its ilk. 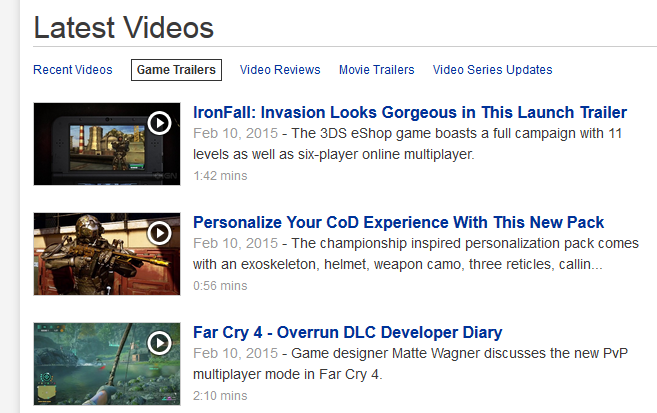 Above: IGN’s ‘video program’ is a much more efficient one; host it themselves.

What’s more, it doesn’t even mean you have to stop using Youtube altogether. Use it as a promotional tool, where your videos go online about a day or so after they’ve been up on the website. Upload short clips of your productions to your Youtube channel to lure in random people browsing the internet, before taking them off to your site where you control the revenue stream.
By doing this, you won’t need Nintendo’s partner or creator program. You won’t need their revenue share policies. You won’t need to give a damn whether Youtube thinks you’ve got strikes on your account or it uses clips that match some content ID system or another. You won’t need to rely on Youtube networks and their unnecessary middleman behaviour.

For the LPers and video makers out there wanting to make videos of games, go it alone, leave the walled garden and never turn back. You won’t regret it.

Well that was idiotic of you to say this? I’m just gonna leave it at that.

Why? If people want to be stuck on Youtube or other sites where they’re at the mercy of large corporations, don’t blame others when they get screwed over by a company who cares more about saving its own backside than standing by their users.

The more you rely on middlemen, the more screwed over you’ll be.

I can’t say anymore or I’ll be label as a mindless hater.

So the battle is a draw!

Nintendo is such a d!ck somtimes! }:(
i guess this is why nowadays everyone plays cod.

Twitch would be the next best thing .