The Legend of Zelda The Wind Waker HD; What I Want to See 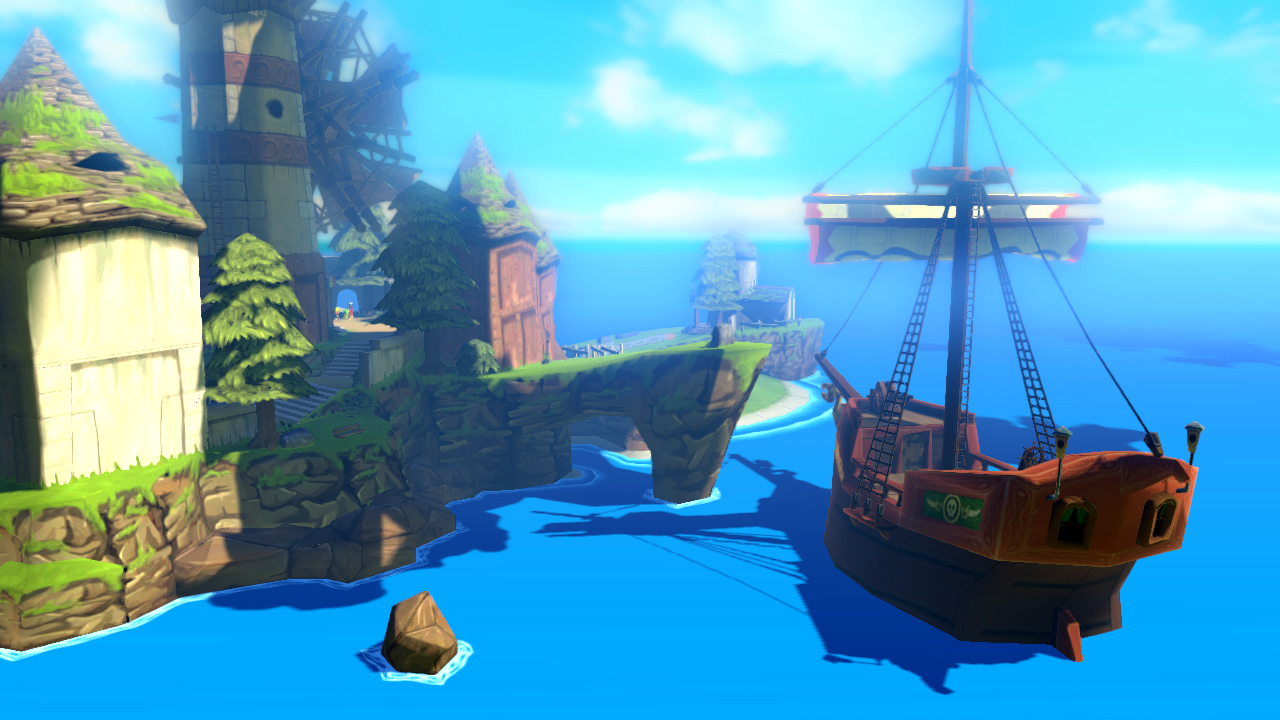 With the Legend of Zelda The Wind Waker being brought back and remade for Wii U to tide people over until the new Zelda game, there’s been quite a lot of discussion about what the game could and should have.  Should it be like Ocarina of Time, a minor remake with a few new features?  Or should it be more like Super Mario 64 DS and improve everything that’s even remotely possible to improve?  Either way, here are the five things I want to see for the game.

First and most importantly, I want to see as much of the cut content brought back as possible, especially given that both Shigeru Miyamoto and Eiji Aonuma have expressed disappointment with how the game turned out without it.  Ideally, the game needs at least:

Greatfish Isle brought back and made into a proper location with town and dungeon.

One new temple after the Wind Temple to break up the Triforce Hunt and to provide a sage role to one of the people from Greatfish Isle.

Ideally, they’d also add in the new items they cut from these, figure out a way to integrate them into other parts of the game and add the necessary Nintendo Gallery figures for the new enemies, characters and bosses, but those are all honestly not that big a concern.

The game just needs a third pearl dungeon and a third temple to truly feel ‘complete’, and it’s important enough I might not even buy the game if they’re not added.

And to make this happen, I think there are two rather minor things Nintendo could do to make it less of a chore.  The first is simply to give the player the option to change the wind direction in a single button press, skipping the whole tedious process of stopping the boat, getting out the wind waker and playing a song.

Best way to do this?  Add a small compass icon on the bottom left or right of the screen and let the player select the option they want from it to instantly change the wind direction.  Easy.

Secondly, redo the whole way the sail works.  So basically instead of having the sail as an item you assign to a button, it’d just be a simple option you could activate at any time while in the boat.  This would allow the player to easily switch it on and off, as well as have it immediately activate the minute they get in the boat after a long days worth of dungeon exploring.

3. The Triforce Quest cut down and redone

This one on the other hand could do with a massive amount of editing to actually make it an enjoyable part of the game.  So for one thing, they should completely scrap the whole map/chart thing altogether.  No, Tingle doesn’t get involved at all, you don’t collect any charts and you don’t haul up any treasure, you just find the Triforce pieces themselves in the actual mini dungeons and caves.  That’d take at least 50% of the pain out of this tedious quest.

But that’s not all that should be edited.  Those islands where you can just walk in and take the chart?  Replace them with mini dungeons that have you doing things like solving puzzles or navigating a maze.  Make the player have to work for every single shard they need. 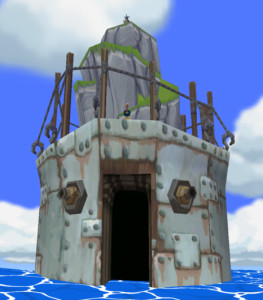 Above: Just sailing in for a Triforce Chart was not working for it by any means.

Finally, I think they could add two or so dungeons here to liven it up.  Maybe this would be a good place to introduce a third sage and have Fire or Ice Ring Isle become a full blown dungeon with item and boss, and then reduce the amount of Triforce shards needed to about five?  And for another one, why not turn the ghost ship itself into a dungeon?  Because as cool as it looked from the outside, the inside kind of sucked (come on, just a Wizrobe that generates Stalfos and Redeads?) 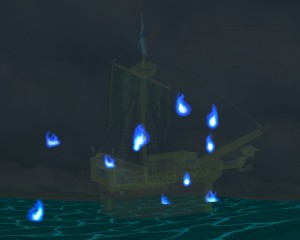 Above: This looks like a cool place for at least a mini dungeon.

If Nintendo do all that, the Triforce Quest part of the game would far less tedious and not be something everyone dreads playing through.

Because while there technically is one in Ganon’s Tower where you defeat black and white versions of the bosses, it’s not exactly complete by any means.

After all, neither Gohdan nor the Helmaroc King actually appear in it. So there goes two interesting bosses you never get to fight again.  Same deal with Phantom Ganon and Puppet Ganon among a few others. 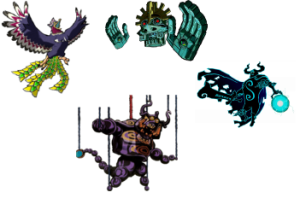 Above: All the bosses you can’t refight.

What they need is an Ocarina of Time 3D like boss rush where every boss can be refought, and with an option to fight through all of them in a row.  That’d be better, considering how many bosses are impossible to refight in the original game.

Finally, the game needs a few minor edits to make it more convenient to play.  For starters, we need a better way to use the whole ‘Command Melody’ thing.  So like what was said about changing the wind direction, how about an option on the Game Pad to instantly switch control between Link and whoever his helper is at that moment in time?  That’s got to beat stopping and playing a song for every single puzzle and room.

Additionally, there should be an option to use the Game Pad as a Picto Box and take pictures by moving it around in front of the screen.  Seems like a neat option for when you get the item partway through the story.

And last but not least, the Game Pad as a Tingle Tuner.  Connectivity always kind of sucked in the original game due to the whole ‘having to own a GBA and link cables’ thing, but now with a Game Pad included with every Wii U, it means that the Tingle Tuner might actually become practical to use for the vast majority of players.

Above: The Tingle Tuner; Asymmetric Gameplay long before the Wii U

Well, there you have it, everything I want to see in the Legend of Zelda The Wind Waker HD and what would get me to actually buy the game.  What do you think?  Do you want all this stuff in the Wii U remake of the game, or should Nintendo just stick to a visually upgraded port?