The Gaming Revolutions that weren’t; Five Nintendo Hardware Innovations that haven’t caught on 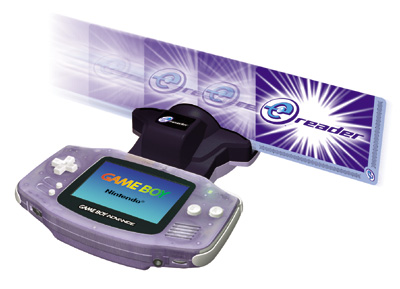 When it comes to successful tech innovations in Nintendo systems, people have been a bit… critical of the more recent ones.  Tablet controls haven’t set the world on fire, Augmented Reality has generally been seen as quite useless overall and the 3DS’ signature 3D gimmick itself isn’t exactly immune to criticism, with people saying the console has only really caught on regardless of said addition rather than because of it.

But compared to the ‘innovations’ listed below, the ones above look like an absolute masterpiece of hardware design.  So here are five Nintendo hardware/tech innovation that never caught on.

5. LAN Functionality in the Gamecube

First and foremost on the list is a feature very few people have likely even heard of. LAN functionality?  What’s that you may ask?

It’s the ability to connect multiple systems together in a Local Area Network, sort of like what’s done with PCs in a tournament or cyber cafe.  And back in the days of the Gamecube, this feature was added to Mario Kart Double Dash and some select other titles.

Yeah, you heard that right.  You could connect two Gamecubes together with a cable to play multiplayer across both systems with all the players on both machines playing together in one race.  So you’d have two teams playing on one Gamecube and two teams playing on another Gamecube.  It’s almost like a link cable for video game home consoles!

Above: The Nintendo Gamecube Broadband Adapter/Modem Adaptor used for this

But it never caught on.  Perhaps because Mario Kart is kind of not a tournament/South Korean cyber cafe favourite in any way whatsoever or perhaps because shelling out for multiple Gamecubes wasn’t in anyone’s best interests, the feature pretty much collected dust throughout the entire lifespan of the console.  It did also have uses in 1080 Avalanche and Kirby’s Air Ride, but again no one really bothered with it.

So for being a feature/function that got absolutely zero real use throughout the Gamecube’s entire life cycle, the LAN functionality comes in at number five on the list.

Next on the list is a feature we’ve all heard of.  Touted as a way to revolutionise games and to market the Gamecube and GBA as one, GBA/Gamecube connectivity was meant to allow players to play Gamecube games using the GBA as a controller, as well as use the feature as a way to sell both systems together.

Unfortunately for Nintendo, the amount of people who actually cared for this was extremely minimal, and the ways most games used it didn’t help much either.  Oh cool, the Legend of Zelda The Wind Waker managed to use the feature for the Tingle Tuner.  You know, for that absolutely massive group of people out there who wanted to play a glorified co-star mode with a guy who thinks he’s a fairy.   And while Pokemon Colosseum did make some use of the feature as a way to transfer Pokemon to the game on the TV, it pretty much just used the whole thing as a glorified transfer pack.

Finally, the few games that actually used the feature in a clever way (think Four Swords Adventures or Final Fantasy Crystal Chronicles) ended up being nearly completely unplayable because of it.  Oh sure, the ability to connect four GBAs to give players a second screen for various things sounded good on paper, but it just didn’t work for the following reasons:

As a result of these things, the feature pretty much collected dust for most people.  And I suspect the only people in the world who actually beat the likes of Four Swords Adventures as a team of four were either video game magazine/website writers working with colleagues or the one family/social group on the planet who just happened to own a ton of GBA systems and a Gamecube. 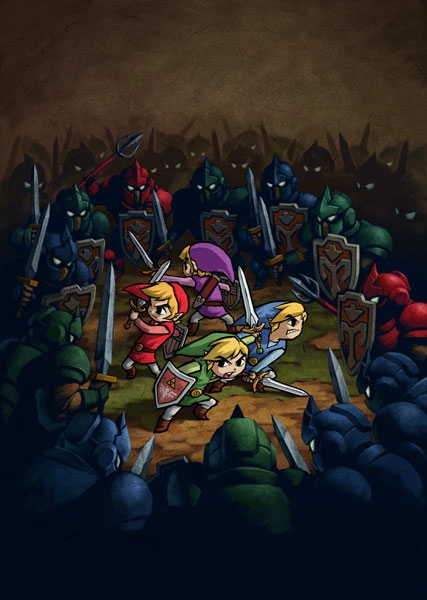 Above: If you actually saw this, you were in a minority.  Only 250 000 people worldwide even bought the game, and maybe at best about 10% of that got through as a team.

And so for being a feature that had pretty much zero mainstream appeal or use, the GBA/Gamecube connectivity comes in at number four on the list.

Another tech ‘innovation’ on the list that never panned out is the camera on any Nintendo system.  Introduced as an add on for various consoles up to the 3DS and Wii U, the camera was meant to let games manipulate photos and appear ‘in the real world’, sort of like the old Eyetoy for the Playstation.

Where this all fell apart however is when anyone actually tried to play a game based around the camera.  Why was this a problem?

Because Nintendo’s cameras SUCKED at detecting movement properly or just about anything else required to make them  a plausible input device.  WarioWare Snapped turned out to be a bit of a failure because the controls didn’t work properly and generally weren’t fun to use, Spirit Camera on 3DS ironically worked best in a well-lit room despite being a survival horror game and in all, not one game managed to use the camera well. 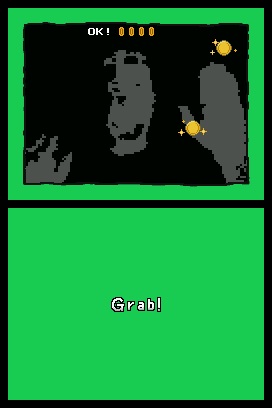 Above: The camera worked so poorly it couldn’t even make a game that looked this bad work right.

So yes, the camera and the games based on make the list simply due to not being practical for use in any actual video games.  It pretty much just ended up being used as a camera with no game related purpose, making me sometimes wonder why it even gets included in Nintendo systems any more.

And now we get to a tech ‘innovation’ you all probably knew was coming, the e-Reader.  Designed as a way of increasing GBA sales by letting people buy cards that could be swiped into the system to provide gameplay, it was arguably almost a prototype version of Skylanders or other setups like it.  Collectible cards sold in packs?  By Nintendo?  What could possibly go wrong? 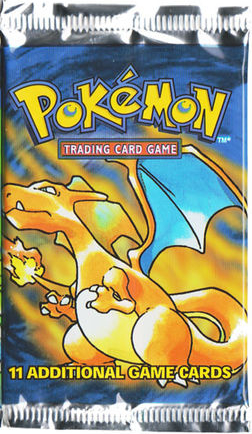 Above: Well, the Pokemon Trading Card Game certainly caught on…

Unfortunately for Nintendo, it wasn’t to be.  The e-Reader didn’t exactly go the same successful route as Skylanders or the Pokemon Trading Card Game did, and ended up being one of their most miserable failures to date.

Above: The e-Reader. A clever but ultimately failing device.

Why was this?  Well let me count the ways:

Above: Not what Nintendo should have used Pokemon e-Reader cards for.

It also offered interesting new levels for Super Mario Advance 4… but most of those never got released outside of Japan.  Pity, the new items/power ups/enemies/bosses looked really cool.

Above: These awesome levels need to return someday… Big Boo and ghost houses in Mario Advance 4 is win!

For being a complete failure in the long run, and a device which should have been much revolutionary than it actually was, the Nintendo e-Reader makes the 2nd place on the list.

1. The Microphone (on any Nintendo system)

Finally, right at the end of the list, after all those other failed Nintendo hardware innovations… comes the microphone.  Now, I know what some people will say:

The microphone didn’t fail!  Current Nintendo systems have it and some games use it!

However, there’s just one problem here.  The microphone has generally been useless in about 99% of situations it’s ever been used for.  And what’s more, it’s had quite the history with Nintendo.  So let’s recap.

First up, you had Nintendo’s microphone experiment for the Nintendo 64.  You might know about this, since it came with a game called ‘Hey You, Pikachu!’ which had you talk to a virtual Pikachu and treat him like a  house pet.  It failed.  Not only was voice recognition just too hard to get right back in the day (and even now to be honest), but it didn’t really sell too well and wasn’t even released in Europe altogether. 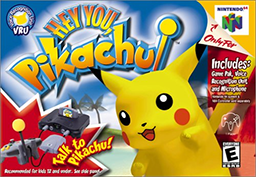 Above: One of Nintendo’s failed microphone experiments.

Said microphone also oddly went on to be used in one more game… the Japanese train simulator Densha de Go! 64.  No, I’m not kidding.  It was a game meant to simulate train driving complete with a train style controller that was released in Japan for the Nintendo 64, and was pretty much the most niche game you can even imagine.   Just look at this thing: 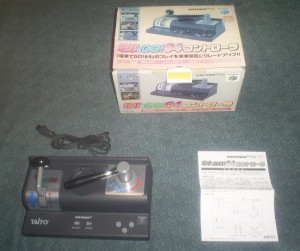 Above: The most ridiculously strange controller setup in history? Picture from Wikipedia.

The next attempt Nintendo had at implementing a microphone came with the Gamecube, where it was packaged with Mario Party 6 and 7 and used for a couple of pointless minigames.

Just like on the Nintendo 64, the microphone used for the Gamecube didn’t work too well either.  Again, it ended up in extremely limited use, being  used on for two Mario Party games and the extremely bizarre title ‘Odama’ (which also apparently used the DK Bongos).

Finally, the microphone gimmick was tried again on the DS.  It worked a bit better this time around (being used for more than four games at least), but most of the uses for it were still a bit… questionable. Oh sure, WarioWare Touched used it for Mike’s story:

But while it did manage to work decently for a bunch of tech demo microphone games hosted by a karaoke singing robot, the other uses were a bit… eh.  Brain Training used it for mini games, leading to a whole bunch of somewhat annoyed people annoyed that their accents weren’t being recognised properly.

No seriously, that Fawful Express battle is just… ugh.  The fact you have to do perfectly each time, breathe enough into the mic to potentially end up light-headed if you keep messing up and how the mic is used for your ONLY form of attack makes the boss an absolute pain in the ass.  I remember at one point I literally shoved an electric fan next to the thing because of how annoying that was otherwise.

Worry no, broskis!  That guy’s punch is no prob!  Unless he spits fire, we’ll take ZERO damage!

And then most other games used it for the most pointless and annoying things you can imagine.  Oh cool, blowing up balloons in Mario Kart DS’s battle mode!  Real clever[/sarcasm].  Making the bloody engine start in Diddy Kong Racing DS.  Yeah, that’s really fun… NOT!

And for 3DS games, the feature has pretty much been used for easter eggs. Like making the 3DS menu icons spin around or those dandelion seeds fly into the air in Super Mario 3D Land.  Guess it’s a nice bonus, but it’s certainly not making much of a poor feature.

And so for being broken in many cases and generally becoming more and more pointless as Nintendo goes on, the microphone tops the list of the most useless, failed tech innovations by Nintendo.

Well, that’s the list.  It’s not a conclusive list of failed innovations or features by any stretch of the imagination, but I do hope people enjoyed looking at those things that just never caught on.

LOL, I had the eReader, I ended up trading it for thousands of Pokemon cards about 6-8 years ago. He kept trying to trade back, realizing he got the horrible side of the deal. xD
Wish I still had it though, it was pretty cool.

Ha ha, you managed to get someone to trade the e-Reader for a few thousand Pokemon cards! Not sure what to think about that.

And yes, I have an e-Reader. The thing’s been collecting dust for years now.