Back in August 2012, we wrote an article listing ten of the best ever Nintendo fan games then in production.  With Mushroom Kingdom Fusion, URA Zelda and Chrono Resurrection all there, we thought we had everything.

But we were wrong.  Since then, yet more amazing Nintendo fan games and hacks have started and finished development.  We’ve seen major 3D Mario platformers on par with Mario 64 and Galaxy series. We’ve seen the Mother get a fan made sequel in the form of Mother 4.  Newer Super Mario Bros Wii has impressed the hell out of everyone and proved better than most actual 2D Mario platformers of recent years.

So here’s round two.  Here are ten more fantastic Nintendo fan games that rival even the official material!  Hope you enjoy the list!

Well, you knew it was coming. Let’s start the list with Super Mario Fusion Revival, perhaps one of the best 2D Mario platformers of the last decade. Made as a spinoff of Mushroom Kingdom Fusion by original developer JudgeSpear2 (due to dissatisfaction with the crossover heavy direction of the previous game), it’s a traditional Mario style platformer that has Mario and friends explore strange and realistic looking worlds with all kinds of bizarre enemies and concepts. Here are some videos showing it in action:

As you can see, it’s pretty impressive. What’s more, this game actually manages to use concepts from about fifty million different games and yet make them feel like they all belong in the same adventure. Those graphics and songs and sound effects and things? All from more games that you can possibly think of, yet they’re all used together in such a way that the game never feels like a random assortment of parts and crossover objects (ala Mushroom Kingdom Fusion or Brutal Mario). Add some really well done (and mostly fair) level design, and you’ve got a game which is surprisingly solid in all aspects. A definite great fan project.

So why does it deserve to be here? Well, look at the trailer. It’s got custom enemies (like the Angry Sun), custom power ups (like the Hammer Suit), custom bosses, new and interesting level and overworld designs… it’s near enough the quality of a Nintendo developed game, and is at the point that they could probably release it on the eShop and get people to pay about 20-40 dollars for it.

It’s also been released, a rather impressive feat for a fan project of this scale and polish (most get cancelled pretty quickly). You can find a link to download it in the sources list at the end of the article.

Another heavily mentioned game here on Nintendo 3DS Daily, Project M is an interesting fan project. Namely, it’s a full blown redo of Super Smash Bros Brawl that basically changes it into a clone of Melee down to even the physics engine! Here’s a trailer showing it in action:

Pretty cool huh? And it gets even better. Not only did they remake the engine of Melee, but they also added the characters and stages from Melee as well! Roy and Mewtwo are now playable, Princess Peach’s Castle and others are now stages you can select… it’s pretty much turned Brawl into the ultimate Super Smash Bros title.

And if you want something new? Oh look, they added Skyloft from Skyward Sword as a stage, just like it is in the new Smash Bros for Wii U:

One of the most impressive Smash Bros mods ever made, and oh so very worthy of this list.

So we’ve got Newer Super Mario Bros Wii and Project M. What else could be as cool as those?

As you can see, it’s more than merely impressive; it’s basically what Paper Mario Sticker Star should have been. And it’s actually out now!

5. A Tribute to Donkey Kong Country

Mentioned on our blog just a few weeks ago, we couldn’t possibly go without mentioning this amazing Donkey Kong Country platformer. As you can see from the trailer below, it’s an interesting merger of the SNES games and Wii/Wii U ones, with the best bits of both merged into a single whole:

Did we mention it’s all being done by just one person? That the whole video above (and game itself) is the work of a single dedicated individual rather than a whole team of experts? Yeah, A Tribute to Donkey Kong Country is impressive in more than its content.

It’s pretty impressive, isn’t it? Indeed, if I didn’t say it was fan made, I’m sure people would actually think Nintendo was behind this game. The Bowser’s Castle area almost looks as good as real.

Either way, Super Mario Galaxy 2.5 takes a well earned spot on this list.

Yes really. Behold the fan made sequel to Mother 3, one of the most beloved games of all time:

With new characters, a new storyline and as many new graphics and songs as you could possibly want, Mother 4 looks to be just what long time Mother/Earthbound fans have been looking for every since the series came to a close back in 2006.

Forget Mario Adventure, this is an impressive SMB 3 ROM hack. Have a video:

You can probably see what’s impressive about it, but for those who didn’t watch the video; it’s got reverse gravity, new power ups, all new bosses, Super Mario World style ghost houses, rideable Yoshi…

Basically, it’s Super Mario Bros 3 as it should have been, and that’s saying something. Perhaps the most impressive NES ROM hack ever made.

And now, for what’s probably the most impressive Super Mario 64 ROM hack ever made.  Super Mario 64 Last Impact… is an all new adventure built on the Mario 64 engine, complete with new enemies, new bosses, FLUDD as a game mechanic and graphics taken from the Mario Galaxy series and The Wind Waker.

Here’s a short video preview of it:

Looks impressive eh? Well, it gets better. You see, the person behind this, is one hell of a good programmer. And they have not only done the above, but also made:

Mario turn into characters from other games, albeit for demo purposes. So here’s Wario, Waluigi, Banjo, Glover and Ed in Super Mario 64:

Made Yoshi rideable in the Mario 64 engine:

And heck, even added SONIC to Mario 64. Complete with his trademark super speed and speed physics:

Either way, you have to admit their ROM hack looks utterly amazing, and will probably be even better given their huge amount of knowledge in programming and working with Nintendo 64 era technology.

Finally, after all that… we get this game. Yes it’s not as far into development as the rest of them and happens to be an early alpha.

But it’s basically a fan sequel to Luigi’s Mansion. In 3D. With Luigi’s model and animation taken directly from the Gamecube game. Some screenshots and videos if you will… 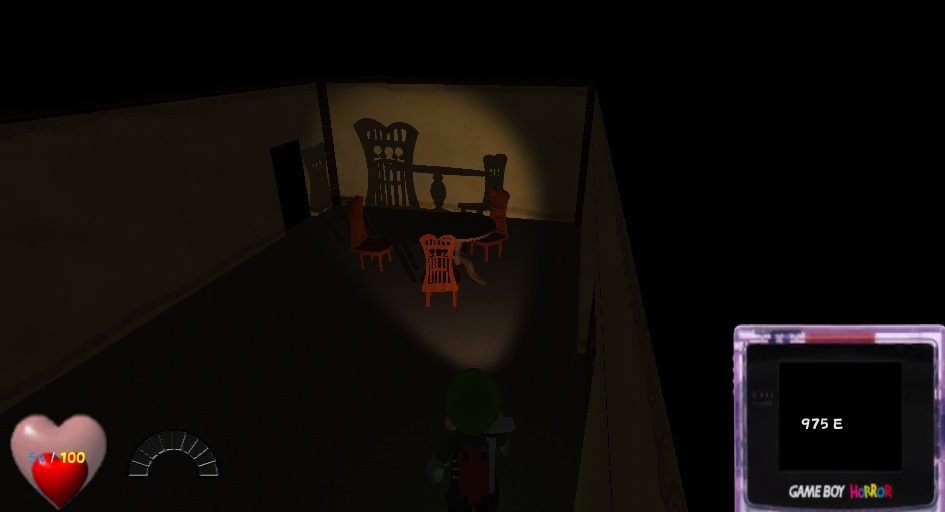 What’s interesting here is that the game is based on the beta version of Luigi’s Mansion 1, despite having a new story and content. So now the Poltergust overheats and explodes if you use it too long (like in the beta), creepy Slenderman style ghosts appear as enemies or bosses (like in the beta) and hey… there’s even a clock and time limit (with bad ending) like in the beta!

So while it’s not anywhere near complete yet, Luigi’s Mansion Battle of Spirits is at least one of the most ambitious Luigi’s Mansion games out there, and should be a bonafide classic when it’s finally released.

And that’s the list. Are there more games that could be included? Oh sure, many hundreds more in fact. We could have listed one of my own fan games, Mario’s Nightmare Quest. We could have listed Brutal Mario or Mario LD or Mario Adventure 2 or the Wario Land 3 hack those folk at Wario Forums are making right now. And well… 3D Pokemon game and MMORPGs are getting pretty common too, we could almost write an article consisting entirely of fan made Pokemon sequels and remakes.

But hopefully the choices on our list are some of the best fan works the Nintendo world has to offer. Agree? Disagree? Have anything else to add? If so, post your thoughts in the comments below or at Talk Nintendo.com today!

I WOULD TOTALLY GET THESE

You can. Newer Super Mario Bros Wii, Paper Mario 3D Land, Project M and Super Mario Bros 3Mix have been released and are free to download in their entirety. Super Mario Fusion Revival, world 1 of A Tribute to Donkey Kong Country and Luigi’s Mansion Battle of Spirits have released demos.