Super Mario Wii U; What I Hope to See

As was announced quite a while back, Nintendo is currently working on a new 3D Mario game for the Wii U, a title which will be shown during E3 this year and that is likely due for release sometime before Christmas 2013.  But while some people would apparently be happy with just about anything, I personally think there a few major things Nintendo needs to include for this new 3D Mario game to be truly fantastic.  And so, here’s what I hope to see in the next 3D Mario game.

First and mostly importantly, I want to see a return to the 3D platformer style of the 90s.  You know, the kind that was Super Mario 64 and the Banjo Kazooie series.  Games where you had giant worlds you could explore, missions you could take on in any order and that sort of thing.

What’s more, I have to wonder why exactly Nintendo and other companies stopped making these games.  I mean sure, some elitists on game design sites look down on game with ‘collectathon’ gameplay (probably because they can’t get over how the NES died 30 years ago now), but the games were extremely popular for the time.  Super Mario 64?  Sold about 11 million copies worldwide.  Doesn’t sound much?  Well look at it like this:

It’s actually sold about as well, and arguably even better than so-called more ‘modern’ style 3D Mario games like Galaxy and its sequel.  Heck, I even recall reading somewhere it outsold Super Mario Land 2 and some of the other 2D Mario games…

So the numbers kind of suggest we need a sequel, and that Nintendo’s move towards ‘linearity’ is doing absolute nothing to increase the sales of the 3D Mario titles.  But even ignoring the figures, there are numerous other reasons I want to see a Mario 64 like game again.

For starters, part of me still mourns the cancellation of Super Mario 64 2 back in the late 90s, that game which was supposed to be the perfect 3D Mario game, introduce co-op multiplayer and have a ton of new, massive levels to explore.  So why not give us a game like that?  After all, those linear Mario game fans have got their wish for about ten years now, I think it’s time we got another open world one. 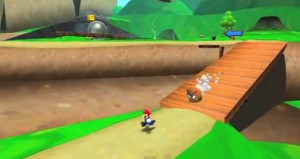 Above: This screenshot just makes me wish for another game like this…

And for an additional reason, I really want such a game just so we have something that demonstrates the power of the Wii U.  After all, if we’ve got all these HD graphics and super powerful consoles and what not, why are we making games more and more linear and completely failing to take real advantage of them?  I don’t want more corridor style games with barely any exploration and a billion and one tutorials, I want games that actually make use of the system they’re on and create interesting worlds with the tech it brings.  If Mario 64 was possible back then, can you imagine how much bigger and better such a game could be now? 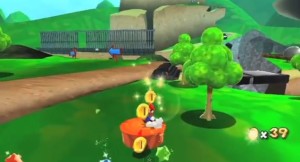 Above: This picture is the style of 3D Mario game I want.

We need a new open world 3D Mario game.  A new one with sandbox style levels with multiple missions and exploration as the focus.  Please don’t disappoint…

Should be obvious this one.  We need to see the orchestrated music back, if only to re-experience stuff such as this:

And we need to see the same care and attention paid to graphics as was shown in both Super Mario Sunshine and the Super Mario Galaxy games.  This needs to be the true ‘showcase’ for the Wii U’s capabilities, and that means the best graphics money can currently buy on the system.  We need more stuff like this:

You know, setpieces that take your breath away.  Amazing graphics throughout.  A brilliant orchestrated score.  And all set alongside gigantic open worlds you can explore that are filled with secrets, characters and enemies.

3. Power ups that are more than puzzle solving tools

Like in Super Mario 3D Land.  Indeed, for all its faults, that game got one thing spot on.

Power ups should be upgrades/items you keep, not just timed puzzle solving tools restricted to the level they’re in.

That’s what needs to be in the next 3D Mario game.  Get a Mushroom and become Super Mario, and you stay as Super Mario until you get hit again or find another power up.  Get a Fire Flower or Cape or whatever in one level, and you can keep it through the whole game.

Oh, so that doesn’t give let you make new ‘puzzles’?  Tough luck.  Not only should the Mario series be about platforming and exploring, but the missions should be expanded to make use of whatever power ups Mario and co might have.  So if you’ve got a cape and bring it to the snow level, you should be able to fly around and access new areas only accessible with the cape.  If you’ve got the fire flower, you should be able to bring it to the different levels and use its granted abilities in clever ways to get stars or whatever.  And so instead of finding a bunch of timed items in the levels they’re ‘needed’, the game should reward players for bringing stuff from level to level instead. 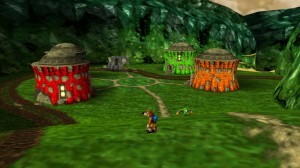 Above: Banjo Tooie was a great example of how this sort of level design works well 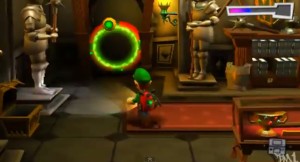 Above: As was Luigi’s Mansion 2 to a degree in Treacherous Mansion

Additionally, bosses themselves should be made more interesting and have multiple weaknesses.  Remember Super Mario Bros 3?  In that game, every boss could be defeated in three ways:

And each method did different amounts of damage to the boss.  This should be the case in the next 3D Mario game too.  More interestingly, it shouldn’t only be projectiles that can be used against them too.  There should be different means of defeating a boss if you’re riding Yoshi, another strategy if you’ve got a cape or tanooki suit and another one for any other power up you can possibly think of.  Make it fun to figure out how each power up can be used against each boss and in each area of the game.  Add true replay value by doing this.

4. Some form of co-op multiplayer

No, the co-star mode doesn’t count.  If I want to play multiplayer with a friend, I want to run around as another character (say Luigi), not shoot star bits at enemies and act as a glorified mouse cursor.

The fans have done it…

Nintendo has no excuse not to.  Make sure co-op multiplayer is in the next 3D Mario game please!

5. The game being set in the Mushroom Kingdom with references to other Mario games

No more gimmicky settings.  No space.  No islands.  No underground cave world.  Basically, we need the 3D Mario game to end all 3D Mario games.  One which lets you explore huge parts of the Mushroom World and interact with characters from all parts of the series. 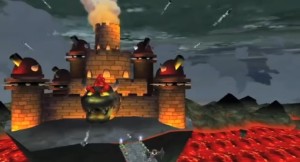 Above: Something like this needs to be the next 3D Mario game. 3D Bowser’s Castle FTW!

Have RPG characters and places here.  After all, you did include the Goomba King in Super Mario 64 DS as Goomboss, so how about including some of the other RPG favourites?  Fawful maybe? 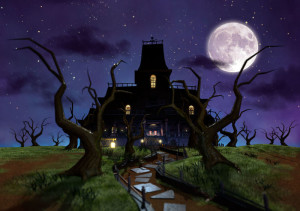 Above: It could even look this good too..

Perhaps even some Wario and Donkey Kong series locations and characters would be nice.  Can you imagine interacting with DK and Diddy Kong in a Mario game, or even fighting King K Rool as Mario?  Exploring parts of Diamond City from the WarioWare series or Kitchen Island from Wario Land?

That’s the kind of stuff we need to see.  Have all these beloved characters return, introduce a ton of new faces who’ll become our next playable characters and spinoff stars, mix both the old and the new and have a game which truly makes you feel like you’re exploring the Mushroom Kingdom/World.

Finally, I don’t need some super complex epic with a whole ton of storyline about how some new character we’ve never met is going through a personal crisis. 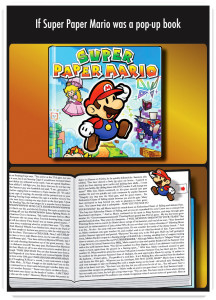 Above: How not to tell a video game story

Really, it’s a Mario game we’re talking about here.  We don’t need some movie style storyline that involves a bunch of a characters speaking about things we don’t care about, the meaning of life being explored or some personal tragedy getting a ton of screen time.  We just need a story that works. 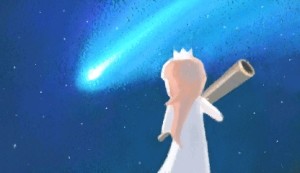 Above: Rosalina’s storybook looked cute, but it made the focus be on her as a character rather than pretty much everyone else in the universe.  And broke the old rule ‘show don’t tell’.

Now, don’t get me wrong here.  I’m not saying I want ‘Peach is captured by Bowser’ for every single game or that Paper Mario Sticker Star was the future of the franchise.  A new villain, ‘princess’ style character and anything else is perfectly fine, and I really want to see an interesting world with lots of unique characters and ideas.  I just want the game to focus on the gameplay and ‘world’ rather than a movie/book style storyline with a ton of exposition or ‘themes’.  Make it so any story is ‘experienced’ rather than read about, demonstrated through the environment and logs like in Metroid Prime or the Zelda series or Luigi’s Mansion. 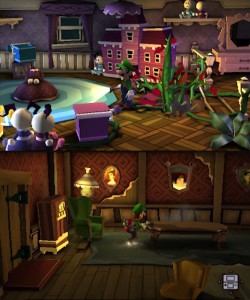 Above: These Haunted Towers rooms are good examples of how to build an atmosphere and create an interesting location.

Less cut scenes and Rosalina style storytelling, more open worlds with interesting characters to meet and locations that have a merely implied history.  Sort of like Super Mario 64 really.

So that’s what I want. Open 3D levels with multiple missions like in Super Mario 64, mixed with the production values of the Galaxy titles and power ups that can be transferred between levels and used in interesting ways.
That’s not too much to ask of Nintendo, is it?

What are some of your favorite minigames in the Mario franchise? What kind of minigames would you like to see in this one?

Are those super mario sunshine oictures from the actual game

I agree with everything but the Rosalina bit.

That’s funny, because I agree with nothing except for the Rosalina bit.

some of these pictures are from super mario galaxy 2.5 (a hack)