Sakurai; Here’s Why Cloud, Corrin and Bayonetta Are in Super Smash Bros 4

As many Nintendo fans know, the recent Super Smash Bros video presentation did not go down too well online.  From forums in protest, to fans of King K Rool and Shovel Knight hating the Fire Emblem fan base on social media and sites like this one writing articles about how the choices were terrible, the response was pretty bad to say the least.

Having a representative from Final Fantasy is an amazing feat! And the character that was the overwhelming favorite among the cast of Final Fantasy was Cloud.

So he was chosen because he was seen as the most popular Final Fantasy character.  Well, that makes sense, though it’d be interesting to put him up against the main antagonist Sephiroth and see who comes out on top in the polls.  After all, the amount of fan art, fan fiction and character worship online for the latter is massive, with a significant portion of the Final Fantasy fanbase preferring him (and other villains) to the heroes and neutral parties. 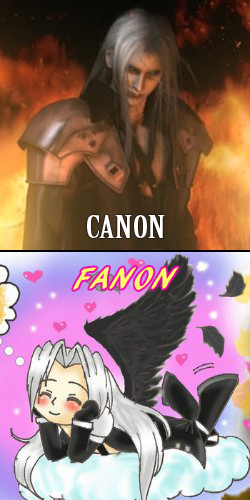 Above: As TV Tropes will be happy to tell you.

But enough about Cloud for a minute, since he’s arguably the DLC character whose inclusion the most people agree with.  Onto Corrin, someone who hasn’t been particularly well received…

After internal analysis, we decided that if we’re going to make DLC, we would choose a character from a soon-to-be-released new game. After consulting many times with Nintendo and looking at the upcoming release schedule, Fire Emblem Fates was in just the right spot. It’s already been released in Japan, but is yet to be released overseas, making it a prime candidate in terms of timing. I personally felt that having too many Fire Emblem characters was a problem, but after talking it over with the development staff and discussing logistics, I felt certain that I could make them a fun character.

So… it’s all about the ‘new game’ hype for this guy.  Well, if that’s the case, why someone from Fire Emblem Fates?

Because as much as he tries to imply otherwise, that was hardly the only choice of game they had.  Why not Paper Mario or someone from Paper Jam, given that said game was yet another big title that Nintendo were trying to promote around this time of year? Heck, the game even got a costume in Super Mario Maker!

Why pick the franchise that’s already got five characters to its name despite selling barely any copies over the Mario RPGs, a series of games which for the most part get no recognition whatsoever and offer more interesting gameplay opportunities than yet another anime style swordsman?

But why even stop there?  What’s the obsession with ‘games out in Japan but not the rest of the world’?  Hyrule Warriors Legends looks like it could offer some intriguing roster possibilities, so why not someone from that one?  Surely  Tetra, the King of Hyrule, Skull Kid or even Linkle would make for something a bit more original, right? Imagine having a playable character who could transform into a sail boat at any time!

Okay, he’s not the most popular character in the world, but more people care about him than Corrin, and the same goes for just about everyone else introduced (or even just playable) in said game.  Why throw in a nobody that no one recognises when you can introduce someone who’s a bit more interesting and actually offers something new for hardcore Nintendo fans?

And who decides what flavour of the month game should get Smash Bros recognition anyway? I mean, the game was released in either October 2014 (3DS version) or November 2014 (Wii U version).  Since then, we’ve got Splatoon, Super Mario Maker, Tri Force Heroes, Xenoblade Chronicles X, Pokemon Super Mystery Dungeon, Mario & Luigi Paper Jam, Yoshi’s Woolly World, Mario Party 10 and Captain Toad Treasure Tracker, among many other things.  Why didn’t any of those games get a playable character in Smash Bros DLC, and Fire Emblem Fates did?  Each and every one offers a better and more varied character selection…

Either way, Corrin was a bad choice.  But what of Bayonetta?  Well, brace yourselves, here’s why Bayonetta made it into Smash Bros 4…

We were conducting a “Smash Ballot” where people could vote for their favorite characters. Worldwide, 1.8 million votes were counted, and of the fighters that were negotiable, as well as realizable in Smash, Bayonetta had the highest amount of votes!* Bayonetta 2 was also a Nintendo exclusive, so negotiations were very easy.

So where to begin?  Well first of all, 1.8 million votes is already a somewhat suspect number.  People voted multiple times in this poll, with rumours going around that some people just flooded it with votes for their favourites.  So was Bayonetta’s popularity really that high, or was it artificially inflated by a small group of dedicated fans constantly submitting votes?  Because if a couple of people voted a few hundred times each or so, that could really push even a slightly less popular character nearer the top of the results.

Secondly, what does ‘negotiable’ and ‘realizable in Smash’ mean?  Because they managed to get the rights to Sonic, Mega Man, Pac Man, Ryu and Cloud, so what kind of characters were they having trouble with?  Banjo-Kazooie?  Cause both Rare and Microsoft seemed happy enough to allow them in Super Smash Bros 4, and that’s a character from a competing company.

And realizable in Smash… well, that’s a loaded term.  Does that mean they ignored characters that were literally impossible to implement?  Ones that Sakurai simply didn’t like?  Ones that had a moveset seen as ‘less interesting’ (despite swordsman after swordsman getting into the game?)  What’s the definition here?

Either way, not convinced Bayonetta really got the highest amount of votes.  Could Nintendo actually release a detailed breakdown of the ballot results, how many votes each character got, why certain characters may have been rejected, etc?

So that’s why we got the DLC characters that we did.  There’s lots of questionable logic behind the choices, and a lot of it still seems to come down to ‘Sakurai likes Fire Emblem too much’, but hey, those are his explanations for why Cloud, Corrin and Bayonetta were included in Super Smash Bros 4.