When a game is cancelled, that’s usually where the story ends. The files are lost or stored away for the developers’ future referencing, and no one ever sees the game again. It’s

Fortunately though, this isn’t always the case! Thanks to collectors, developers or other figures in the gaming world, some games actually live on past their cancellation, being brought back years later for people online to enjoy.

Starting with one we covered a few days ago. Intended for the SNES and other 16 bit systems back in the 90s, Quik the Thunder Rabbit… never really caught on quite as well as the developers hoped it would. As a result, after his first game was released on the Amiga, plans for the versions on other consoles seemingly got tossed away never to be seen again.

Well, until a few days ago that is! Because as we mentioned in our previous article, someone on Assembler Games actually found the SNES ROM for this title a while back, and put it online with a couple of fixes. Yes, it’s not perfect. It crashes at the fighting stage around level 9 or so, has no soundtrack and also has the odd bug or two that may halt or slowdown your progress.

But it’s still better than nothing, and provides a way for this (somewhat decent) 90s platformer to finally be experienced in a rudimentary way. And hey, at least a decent platformer is better than the godawful title coming up next…

9. Batman Revenge of the Joker (SNES)

Aka Batman Revenge of the Joker on SNES. Now on paper, this game probably sounds like it’ll be amazing. I mean, it’s by Sunsoft, it’s an adaptation of their phenomenal NES game and it keeps most of the same ideas and mechanics here. So it’s got to be a classic, right?

Unfortunately, Batman Revenge of the Joker is nowhere near as good as the NES Batman title, and shares more in common with the half assed Sega Mega Drive port instead. And so what could have been a SNES classic turns out to be a bit of a mess. To the point some might say it even LOOKS worse than its NES counterpart:

So yeah, not much to see here. But it’s at least ‘playable’ now, and I guess that’s what matters in the end.

Talking of the NES, the next title on the list is actually another fairly competent game for the platform! Named Happily Ever After and set in a fairy-tale kingdom, the game is a pretty basic platformer/adventure game where you have to clear four levels each with a tricky boss at the end.

Yeah, it’s not the most visually impressive game in the world, but apparently it’s a pretty decent title as far as gameplay goes, and has now at least been saved from limbo for anyone who wants to try it. So hey, give it a shot if that’s your thing. It might actually surprise you.

Still, enough with the old school titles for now. How about more modern 3D games? Are there of those on the list?

Well yes actually! Like this interesting Saints Row game that was planned for the PSP. Released online by the actual development team behind the game (Volition Software), the title is a fully playable game with a fair bit of content to experience and mechanics to mess around with.

Here’s a video showing Volition themselves playing the game in their livestream:

So go and check it out if you’re interested. Since hey, the game’s own development team have released it online, so there shouldn’t be any legal problems associated with this title at all.

But hey, moving back to the ‘probably abandonware but no one cares by this point’ category of found games, next up we have Super Mario’s Wacky Worlds.

Yeah, you’ve probably heard of this one. It’s that cancelled Mario CD-I game that has everyone’s favourite plumber travelling across the real world for some reason or another. Like say, a 2D, very old fashioned version of Super Mario Odyssey.

Either way, it’s an interesting game, and one that could have been at least a bit more interesting than Hotel Mario had it been completed. Sadly, that was also why it was cancelled to begin with. Because it turns out the CD-I had serious trouble running a traditional 2D platformer on its limited hardware, and said limitations made the game an absolute nightmare to develop. So like those platformers made in RPG Maker or shoot em ups for calculators, the game was simply not right for the hardware it was intended for.

A promising game all round, and one you should definitely check out if you’re a really dedicated Mario fan. If only for the sheer novelty of a CD-I sequel to Super Mario World.

Huh, it’s just one ambitious project after another now, isn’t it? I mean, first we got a demo of Super Mario’s Wacky Worlds on CD-I, then we get a version of Sega’s infamous Sonic X-treme game! Damn, if this pattern keeps up, maybe we’ll Super Mario 64 2 or URA Zelda in a couple of years time!

For now though, here’s Sonic X-treme. A game which went through years of development hell under Sega’s management (to the point they once had two teams working on different parts of the project at the same time), the title was going to be Sonic’s first big foray in the world of 3D gaming. It looked ambitious, the spiralling world designs were creative and well, Sega were on a winning streak with the series at that point.

Alas, it never came to be. After years of development troubles (including a botched presentation and attempted rush to get it ready for a Christmas release), the game was shelved and its non release may have ended taking the Sega Saturn down with it.

Still, at least the fans managed to recover one of the levels from the game, which can now be downloaded from various ROM sites. So yeah, go and try it if you’re interested. Have a look at what you could have got had Sega not screwed up the game’s development so badly.

Back to the olden days now! Namely, with a very interesting Game Boy Color RPG called Infinity. Designed by Affinix Software back in the early 00s, the title got cancelled at 90% completion due to its owning company having gone defunct for various reasons.

In other words? Things looked mighty grim for this game, since absolutely no one involved in it was still making games, no publisher had any rights to it and the hardware it was meant for had long since passed into history.

Well, until 2016 that is! Because by some miracle, the development team figured out the rights to the game and stuck it on their old site as a free download! And that’s not all.

Oh no, they also made sure it was an open source title too! So if you’re interested in making your own RPG for the system (or perhaps creating an Infinity ROM hack for whatever reason), you’re now legally allowed to do that. Pretty cool huh?

Yes, yes it is. Get the game for yourself at the creator’s official website here,

Just don’t try and do the same thing for the next title on our list. Why?

Because unlike most of the games here, Nightmare Busters… was no released online for free. Instead the development team came back together to finish the game for real, releasing the game on an actual SNES cart and selling through the official website. Here’s the page in which you can buy it, if you’re so inclined:

As well as a video showing the game in action:

It’s an okay looking beat em up, and it’s certainly impressive on a technical level. But is it worth paying $70 for? Eh, maybe not. It’s a competent game, but it’s no Chrono Trigger or Donkey Kong Country or other classic title that you’ll keep playing time and time again.

Heck, I’d honestly say the next game would be a better purchase if anyone was actually selling it!

Cause unlike Nightmare Busters, Mr Tuff is a damn impressive game on both a technical and gameplay level. For starters, it has perhaps some of the best graphics for a 2D platformer/beat em up on the system, to the point the devs said they wanted to make the most ‘impressive’ SNES game of all time. Did they succeed? Well, that’s up to you really. But you can’t really deny the game is solid on an aesthetic level:

And as far as gameplay/level design goes… well it’s surprisingly good in that department too. Brutally difficult, yes. But it’s an eight world game with some seriously cool ideas in it, plus some rather impressive bosses and a huge range of weapons to pick up and use.

It’s just a shame that they never finished this one. Since hey, I suspect an awful lot of people would probably buy it on Steam or the Virtual Console.

Whether they’d finish it… well that’s another matter.

Still, onto the final game on our list now. Aka Bio Force Ape, one of the most notorious recovered video games ever seen online.
Why?

Well this guy has something to do with it: 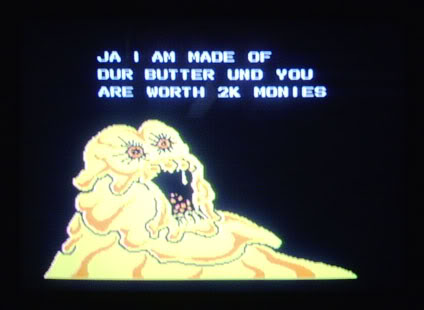 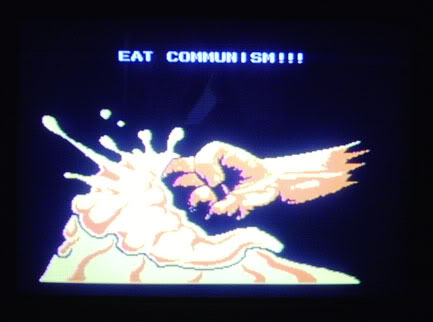 In other words, Bio Force Ape was the centre of one of the most amusing hoaxes in the video game collecting scene known to man. This hoax (started by a person calling themselves ‘Paul Brown’) had the game include all manner of ridiculous content, ranging from the Butter Monster shown above to other odd enemy designs and even the ape using a fart attack to destroy his enemies. It was interesting, it was ridiculous, it was meme ready…

And it was also 100% fake. All the images, the pictures of the cartridge, the lot.

Until 2010, when a REAL prototype was found of the game. And while this one didn’t have the crazy stuff found in Brown’s hoax, it was in its own way one of the strangest titles on the system. After all, the game had huge levels with fast movement via elevators and platforms. Plus your character beating the hell out of everything with pro wrestling moves.

Seriously, just look at it. The game’s crazy:

Definitely a game worth trying out, if only for the unusual mechanics and level design alone (and the possibility of experiencing one of the fastest games on the system).

And with that game, our list is over. There are no doubt more previously cancelled games we could have included (since hey, the Lost Media Wiki, SNES Central and Unseen64 all exist for these sorts of titles). But the list has enough games for now, and I wasn’t exactly intending to write a book about this stuff anyway.

So what do you think? Are some of these games interesting? Are they titles you would have bought had they came out on their original system all those years ago? Or do you think these games should have just been left to time?