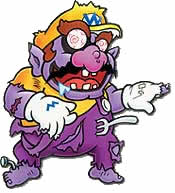 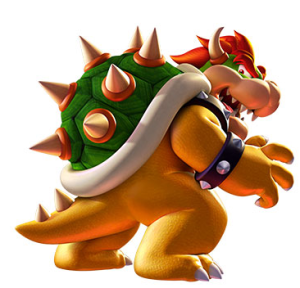 Let’s face it, nothing can really kill Bowser off for good. Explosives, falling, large heavy objects, black holes… none did as much as even scratch his skin.

So put him into a realistic setting and absolute carnage ensues, since absolutely nothing within such a place could presumably even cause him to blink. You could probably nuke the entire area he was standing in, and Bowser wouldn’t be more than knocked back a little.

Above: Bowser survives everything.  This would be no different.

Hence in a zombie apocalypse situation, Bowser would be damn right unstoppable. Zombie bites and attacks aren’t going to be able to harm or alter a character who survived a black hole and having their entire skin and organs melted off, and if he’s strong enough to swat aside world wrestling champs, giant robots and heavy machinery like it’s nothing, a bunch of weak human zombies couldn’t do anything to him.

And God help them if he turns giant:

Above: Only Bowser can leap straight out of a black hole with little more than a scratch

You put Bowser in the likes of ZombiU, Resident Evil or Left 4 Dead, and he’d turn it into an action beat em up. Bowser would survive a zombie apocalypse without even having to sweat. 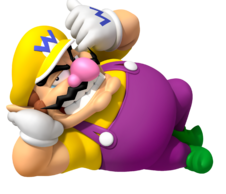 So what do you get when you take a super tough guy who’s already in some cases unable to die, who gets stronger when attacked or zombified and can fight back an army single handedly? Wario that’s who.

To put it bluntly, Wario would be one of the most well suited characters to a zombie apocalypse in video game history. Why? Well for one thing, he’s got one hell of a great method of crowd control:

Above: He can physically pick up, swing around and chuck his enemies at each other.

So Wario could probably blast straight through a few hundred strong hoarde of zombies like a bowling ball into pins. Forget guns and fancy weapons, this guy could probably pick up a zombie and swing it around like a mace or turn it into an impromptu bowling ball.

To make matters better (for him anyway), Wario is probably one of only characters in media who doesn’t die when zombified, but purely gets stronger. He also has that rather useful ability to instantly kill any enemy he touches in zombie form, and doesn’t lose any part of his mind or consciousness at all in the process. And can reverse the entire transformation just by entering light or water.

Above: Zombie Wario. Because not all zombies are bestial monsters.

For being the one individual on the planet who can actually both beat off the undead and survive direct zombie attacks, Wario is another Nintendo character who would easily survive a zombie apocalypse.

3. Quite a few species of Pokemon and their trainers

And by a few species, I mean a pretty large number of them. For one thing, assuming being zombified is a poison type status, any poison or steel types would be completely immune to it. So anyone with one of those could safely battle the mindless undead army without a worry in the world.

But what type would a zombie even be anyway? If it’s a ghost type, then anything of the dark or ghost types could be able to handle them extremely easily. Throw in a Tyranitar, instant dead zombies.

If it’s normal or dark, then a fighting type or two could really shake things up a bit. One Machamp or Conkeldurr and zombies would be falling left, right and centre.

And legendary Pokemon would wreck just about anything. Any God level being like Arceus (or the weather, creation or ying/yang trios) could probably annihilate whole armies of zombies in just one attack. Mewtwo would be pretty difficult to stop by itself, and any legendary like Genesect which is part steel type would be practically invincible. 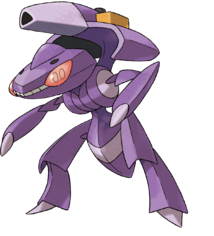 Above: Then again, a Pokemon with a built in magic laser cannon probably has a huge advantage regardless.

Additionally, many hundreds of possible moves and abilities could nullify any damage a zombie could do or wreck them in large numbers anyway. How about:

Hydration: Heals status effects in rain. So if it rains, you’re unzombified?

Mummy: Turning a zombie’s status into your own could be an interesting tactic…

Sturdy: Can survive any attack, cannot be one hit killed. Useful if you want to charge right into a zombie attack, since you can just keep healing yourself.

And that’s just the abilities. Perish Song could wipe out every undead creature in the area in one blow if you were surrounded (a great final attack for a bad situation you won’t be getting out of alive), Destiny Bond would be the best self defence tactic ever (mutually assured destruction for self defence, best way to prevent crime ever!) and Stealth Rock would be broken as heck in a realistic setting.

I don’t think there would ever be much reason to worry of a zombie apocalypse for a Pokemon trainer with a decent team, and so they reach number 3 on the list. 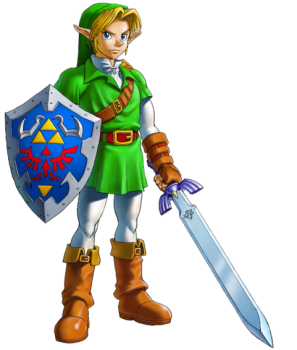 Now compared to the others, you’d think Link would have no chance in hell against an infinite zombie horde. After all, Link’s human, has no form of armour and doesn’t exactly have super strength.

But he does have a few things that could help him out, mainly one important song.

Above: The Sun’s Song, bane of undead everywhere.

Yes, the Sun’s Song would break this kind of situation entirely. If you’ve never played Ocarina of Time, the primary use of this song is to turn day into night and night into day, or to skip ahead time. But that’s not the important one. No, it’s got one useful side effect:

Namely playing it stuns undead until you attack them. So while playing it in Ocarina of Time merely stuns Redeads and Gibdos, it seems reasonable to assume using it in a ‘realistic’ setting would stun traditional zombies and monsters too.

Which would be an incredibly useful ability to have in the middle of a town or city filled to the brim with murderous zombies out for human brains. Anyone could get through ZombiU’s survival mode with that magical power!

And of course, Link has a whole array of useful weapons to aid him in this kind of situation. The Master Sword and Biggoron’s Sword would be fantastic means of defence, Bombs, the Bow (especially with magical arrows) and the Hookshot would be great distance weapons and a couple of fairies in bottles could revive him whenever he died.

Link wouldn’t have a single thing to worry about in a zombie apocalypse, and so he reaches number four on the list.

Yes, at least one badly thought out zombie Nintendo parody had Samus turned into a zombie… somehow.

But practically speaking, I think Samus would be near enough impossible to kill in such a setting. After all, the Power Suit is made of some pretty tough metal, and doesn’t leave even the smallest amount of skin or clothing exposed for a zombie to attack.

Add to this the ridiculous array of weapons she has, the morph ball form and god knows what else, and Samus would be practically a human tank in a zombie apocalypse situation.

So that ends my list of Nintendo characters who’d survive a zombie apocalypse. Do you agree with the list? Were there other characters you think would have a good chance? Or do you think there’s even the smallest chance someone listed could lose to a standard monster?