And because that one day a year where you’re supposed to show your love for someone has become a major marketing opportunity, someone at Nintendo decided the world desperately needed a bunch of badly done, mostly unfunny Nintendo themed cards.  So how bad are they?  Well, keep reading and you’ll see for yourself (hint: they’re absolutely awful)!

Whether you take a stroll on the shores of Lake Hylia or a moonlit ride on Epona, have a legendary Valentine’s Day. pic.twitter.com/6Mje1AHfxY

Well, as someone on Twitter jokingly points out, they just had to have the adult version of Link standing next to the child version of Zelda. So now we get the implication that Link’s in love with a version of Zelda about seven years his junior.

But let’s not stop the cards there. Oh no, we’ve also got another set! Cue, the Donkey Kong Country Tropical Freeze Valentine’s Day cards!

These are just… not romantic in the slightest. I mean, just listen to this stuff: 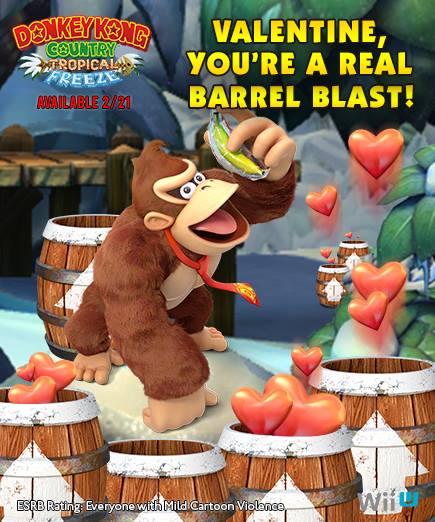 You’re a Real Barrel Blast? Yeah, that’s got to be the least romantic and most generally awkward card text you can ever imagine. Are they saying you’re like that Donkey Kong Jet Race game? Filled with ‘fan service’ but completely underwhelming in every way? 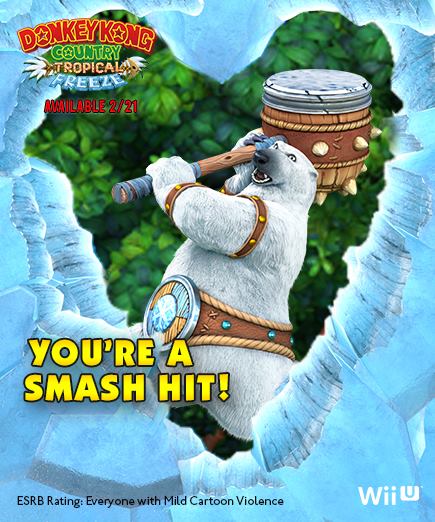 You’re a Smash Hit – Because a card with a mean looking polar bear wielding a spiky mallet is perfect for showing your love for someone!

Then again, considering the scenario in which DK and crew actually encounter this guy; perhaps you could take that as fairly well indicative of how the holiday works too. Aka you’re minding your own business eating ice cream and someone barges right in and causes you to get annoyed. Just like what might happen to anyone trying to give out one of these corny cards. 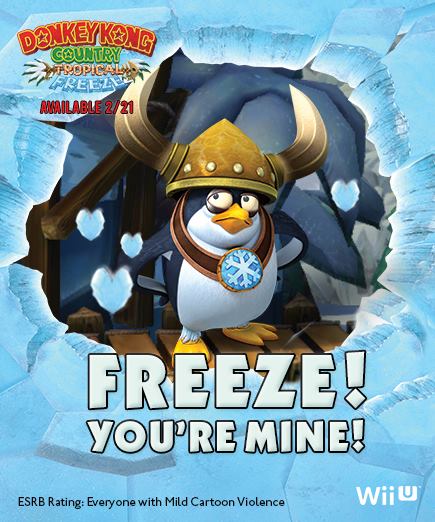 Freeze You’re Mine – These really are kind of ‘tame’, aren’t they?

Still, at least Cranky Kong cheers you up a bit: 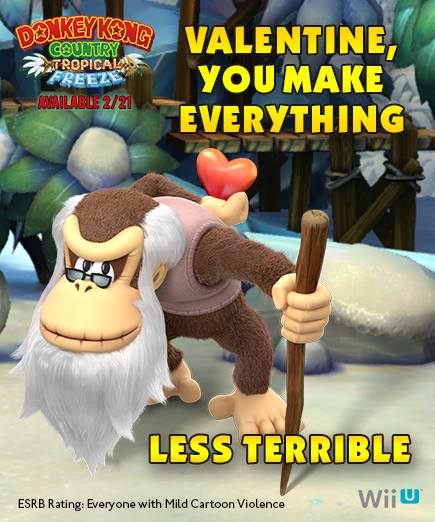 You make everything less terrible. By sure the most enthusiastic statement of love ever printed on a card. Still, I guess it’s probably the most accurate one, especially if you’re someone (who sort of like myself) probably shares a similar opinion about much of gaming and society today.

Either way, I don’t think even the good folks on DK Vine would want one of these things sent to them, let alone anyone who isn’t that obsessed with Donkey Kong. What a crappy bunch of cards.

And that ends our nice breakdown of Nintendo’s hilariously bad attempts to slot their franchises into everyone’s valentine’s day cards and love lives. What do you think about the cards posted here and their cheap designs?

The best one is Cranky’s, just because it matches his personality so well 😀

IDK what your talking about bro, they’d be pretty cool to spread around the class for Valentine’s Day. I WANT THE CRANKY ONE!!! wink wink 😉 lol jk