No, Kids Do Not Prefer Paper Mario Sticker Star or Color Splash 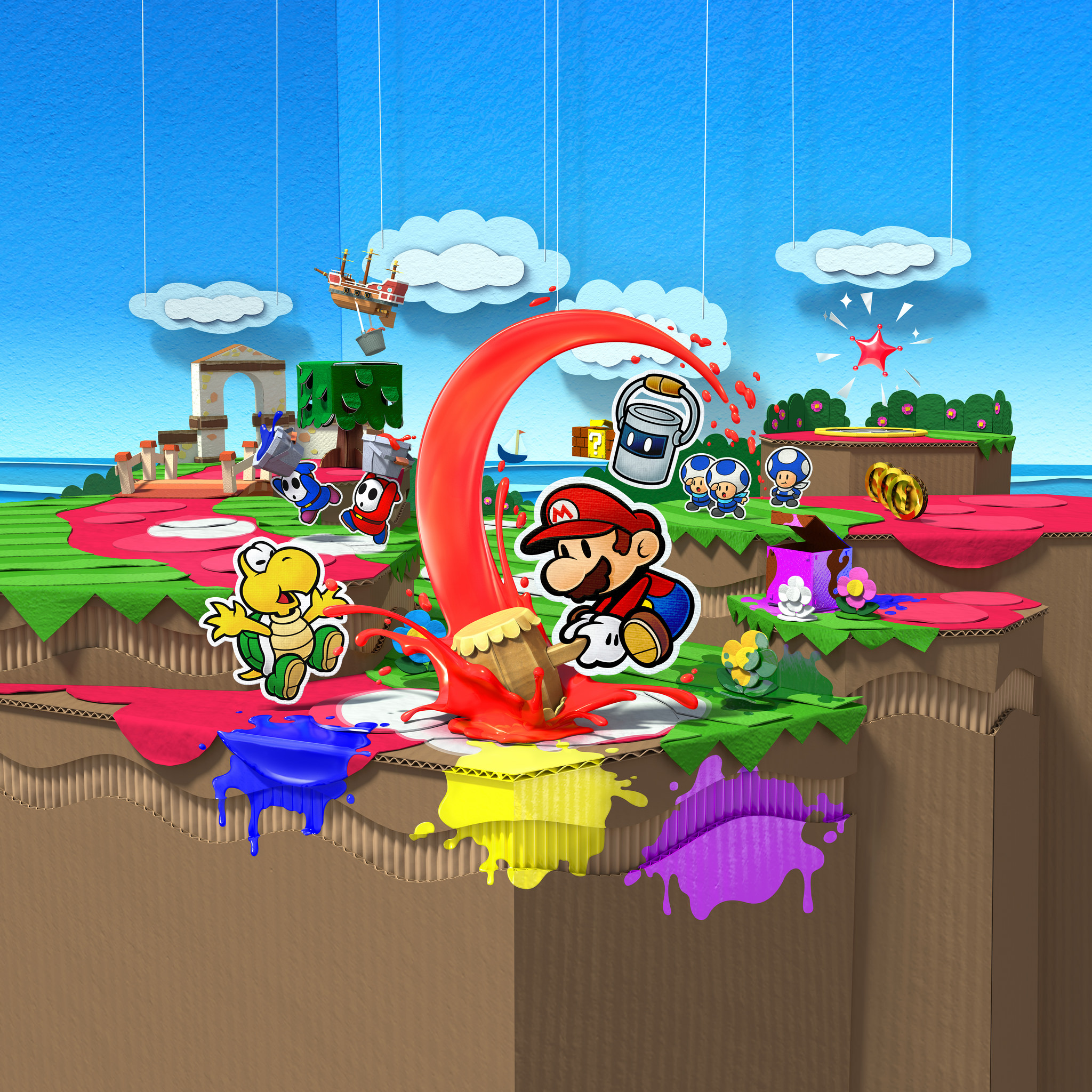 With the recent controversy around Paper Mario Color Splash, some Nintendo fans have tried to argue that the newer Paper Mario games are more popular with kids.

That somehow, kids prefer the simple storylines and uninteresting characters in the post Sticker Star games for some reason or another.

Like this video, which tries to compare it to the (also infamously disliked) Teen Titans Go cartoon:

But this logic makes no sense. Kids don’t prefer Sticker Star style games to the older Paper Mario ones. No, they very much dislike the change in direction as much as any other Nintendo fan does.

And the reasons why are pretty obvious.

Firstly, no one ‘prefers’ games with no new characters or ideas in them. Seriously, that’s patently ridiculous. There’s no group out there who’s all like “oh my god, Mario’s not saving the princess, aaah!” That’s not something that exists. No one dislikes the idea of new characters in fiction.

I mean, how could fiction as a whole even exist if this was the case?

Did kids decide that Super Mario Bros 2 was an awful game because it took place in Subcon with a bunch of new enemies?

And every other game in the class series sold at least that many, even with all the new characters and ideas each one brought to the table. Super Mario Bros 3 introduced the Koopalings, the kings, a large number of enemies and tons of new power ups. Super Mario World introduced Yoshi. Super Mario Land 1 and 2 were barely anything like the main series games and introduced everyone to Daisy and Wario.

If kids then weren’t bothered by that, then no one is going to be put off by the characters and ideas in Thousand Year Door or Super Paper Mario. New characters are what keeps a sequel interesting, regardless of the medium.

Yeah, that was made because Nintendo of America thought the Lost Levels did nothing interesting for the Mario series. Because it was too similar to the past games, barely added new characters or enemies and was basically the same thing but more.

You should also ask yourself how old most Paper Mario fans are now as well.

Because you know all that fan art based around characters like the partners and the X-Nauts and Count Bleck and Dimentio and whoever else?

That’s not all made by 20 year old college students.

I know. I was maybe about 14 or so when Paper Mario the Thousand Year Door came out. I absolutely adored the characters in that game. I drew fan art of them, wrote a bit of fan fic, featured them in board games based on the Mario series. All that sort of thing. 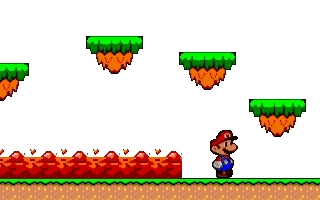 Do you think all the people who made those games are older than 18? No, me neither.

So it’s pretty clear Paper Mario doesn’t appeal more to kids when it has less interesting characters. But how about gameplay?

Well, no. The newer games don’t appeal more there either.

For one thing, the amount of ‘text’ is pretty much the same as it always was. You may not have an epic story involving Count Bleck and the destruction of all worlds, but the games still feature reams of text about every little thing.

Except now it’s freaking boring text coming from characters with zero personality and no visual appeal. I’m sure all those kids love to hear about the ‘adventures’ of a generic blue Toad, right?

And the gameplay of these games is arguably worse for younger audiences than it used to be.

Why? Confusing as hell puzzle design and no room for error.

Do you think someone who can’t read a bunch of text bubbles and gets confused by a complex storyline is going to figure out what ‘thing’ sticker to use to get rid of a certain boss? Are they going to realise they need to use the Baseball Bat against the Tower Power Pokey boss? Or that in Color Splash, not putting out Morton’s fiery hammer with the Fire Extinguisher will let him kill you in two hits?

Oh hell no. Something like Super Mario Land 2 where jumping on a boss three times kills them is a hundred times more accessible than that.

At least in old Paper Mario, they could do the old ‘level grinding’ trick. Aka, beat up a few hundred monsters and then steamroll a tough boss through sheer brute force. You all probably know that one kid at school who got to the Elite Four with naught but a level 80 Charizard. Same thing works for these RPGs too (albeit to a lesser extent).

And the sticker/paint puzzles don’t seem too logical either. Surely if your goal was to appeal to a younger audience, you wouldn’t design the thing like an old Sierra adventure game, right? Unless kids prefer ‘try every conceivable option’ gameplay to well designed some puzzles, somehow.

Even the sales thing (Sticker Star appearing to outsell Thousand Year Door) could be down to many other factors. Like say, the popularity of their respective systems. The point in which the games were released in their console lifecycles. The hype built up from past Paper Mario games. Some advertising that Nintendo did at some point.

So no, kids don’t ‘prefer’ newer Paper Mario games. There’s no giant audience of 12 year olds that love the idea of Sticker Star or Color Splash, like what some apologists say. Fact is, their decisions alienate people from all demographics equally, and cannot be defended because ‘hey, kids like it’.

Good, the only ones they should like is the first few game. Hopefully Nintendo will get this message.

I’ve seen it said that with movies, the performance of a sequel is generally based on what people thought of the previous movie. For instance, people didn’t like the recent TMNT so much, so Out of the Shadows — regarded as an overall better film (“good” or not is open to interpretation) suffers. Similarly, Transformers: Revenge of the Fallen, arguably the worst movie in the entire series, made bank thanks to the goodwill from the first movie. Dark of the Moon, the better picture, suffered as a result of how bad Revenge was. There are examples not featuring Michael Bay,… Read more »

<i>That said, if Sticker Star was outperforming TTYD, it might be in part because of TTYD (ignoring Super since that wasn’t a turn-based RPG like TTYD and SS). Color Splash might be telling in that regard.</i> Based on Mario & Luigi Paper Jam, this is likely quite accurate. Basically, Paper Jam had the same concepts as Sticker Star for characters and locations. Better gameplay, but similar concepts. It bombed, hard. Don't think it's sold half a million copies since its launch in December 2015/January 2016. And that's probably going to be repeated for Color Splash. People bought Sticker Star in… Read more »

[QUOTE="CM30, post: 141568, member: 1"]Basically, Paper Jam had the same concepts as Sticker Star for characters and locations. Better gameplay, but similar concepts. It bombed, hard. Don't think it's sold half a million copies since its launch in December 2015/January 2016. And that's probably going to be repeated for Color Splash. People bought Sticker Star in good faith, because they either thought "maybe this won't work out so badly" or "hey, it's a new Paper Mario game like the last few". They probably won't repeat that.[/QUOTE] Are you saying Paper Jam bombed here? I mean I've been playing it for… Read more »

Well, bombed in the sales sense. Of course I didn't pick it up because M&L: Sticker Star, but as far as the game was concerned, the complaints were the Paper Toad spam, the lack of any original characters (not even a Kersti 1.5), the bland world/environments and story, the fact that this is a disgusting "crossover" (it's more like a cameo); and this personally, I did not see many changes that would affect my personal perception of M&L (long action commands, vague numbers, lack of sidequests, etc). But I do give them credit for refining the gameplay and individual writing… Read more »