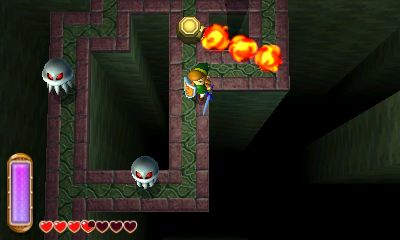 Yeah, I didn’t expect it either.  After months of them doing absolutely nothing as far as advertising their 3DS and Wii U titles goes (trust me, I haven’t seen a single TV ad for either Luigi’s Mansion Dark Moon or Mario & Luigi Dream Team since at least March this year), it seems they’ve finally got a bit of a clue and realised that actually advertising their new Zelda game for 3DS might be what it takes to get people to actually buy it.

So where was this commercial?  Have Nintendo UK’s marketing team actually improved it?  Well… that’s the thing.

I mean, on the one hand, it was on a slightly more mainstream TV channel than the last couple of commercials I hear they were doing.  So in other words, it wasn’t on a kids channel like Cartoon Network or the Disney Channel (which is good, because the audience watching the likes of Cartoon Network also tends to be the type most up to date with gaming news and what’s going on in the market due to their age group).

What was it on instead?

Yeah.  Maybe that’s not the best type of show to advertise Zelda games during.

Because for one thing, Channel 5 is not exactly the most popular UK TV channel.  Oh sure, it gets a larger viewing audience than Cartoon Network or UK TV Gold does, but it generally only gets about 4.5% of the UK TV viewing audience, so the amount of people who’ve spotted the ad and cared for the game is probably in the region of about ten thousand or so at most (it’s likely less than a million people viewed said episode based on the BARB site).

There’s also obviously the subject matter, which likely isn’t something people interested in video games are likely to be watching at this time (I’m probably one of the very few exceptions here).

Add how it played in literally ONE ad break (out of four) in the entire show, and you have to wonder exactly how much Nintendo UK’s TV ads are going to help the game’s sales when it’s released soon.  Ah well, I guess it’s better than the absolutely nothing they’ve done to advertise any games offline for the last six months beforehand.  Maybe around Christmas we might see them actually buy a slot in a mainstream TV show or something.