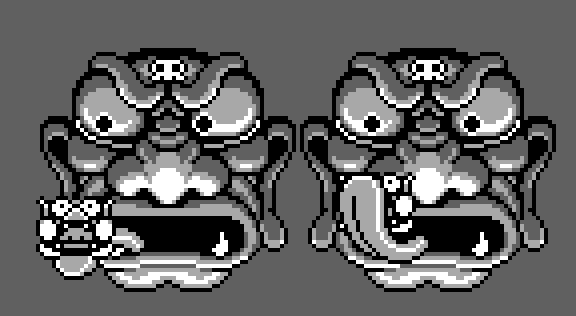 Over the last few years this site’s been running, we’ve covered a lot of unused content in video games.
We’ve mentioned the unused Mario model in Pikmin, which implied the plumber may have been a boss at one point in time. We’ve gone into great detail about beta content in the Mario and Zelda franchises, to the point whole articles were written on this subject alone.

And as far as Wario is concerned… we’ve taken a few looks at the unused content there too. Like the weirdly removed fish enemy from the Game Boy Color version of Wario Land II. Or the dead seagull found in the code for Wario Land 4.

But one game we haven’t seen much of (as far as unused content is concerned) is Wario Land Super Mario Land 3. Released in 1994 as the first in its series, no one really knows much about the game’s development. I mean there’s a bit of stuff on TCRF wiki yes, and the debug mode is common knowledge by now. But that’s it. The game’s just kind of been ignored compared to the rest of the series.

Until now. Because as the title suggests, some very interesting unused content has been found in the source of the original game. Content that suggests that quite a few of the bosses were once more complex than people think.

Like this guy, Funfun. A giant head fought at the end of Stove Canyon, he never really did all that much in the game proper. He broke the floor by licking it, shot out the odd snot ball as a projectile… and well, that’s basically it really. He went down in about 30 seconds like every other opponent in the game. 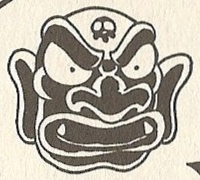 However, if sprite ripper ShyGuyXXL is to be believed, that wasn’t all he was meant to do. Oh no, he actually has frames for moving his tongue around in game, plus a related one of Wario dying in an unusual way.

In other words, he was actually meant to eat Wario as an attack at one point. This would presumably have killed Wario instantly, and would have hence made the fight significantly than it is in the final game. Here’s the frames of animation for those who havent seen them: 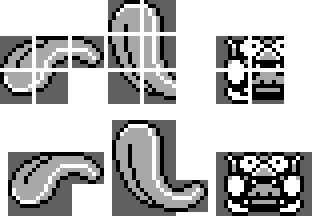 As well as a mockup showing how they could have worked in game:

And it doesn’t end there. Oh no, other bosses have some interesting unused data in game too. Like the ghost from Parsley Woods.

In the game proper, he has two attacks: generating ghost duck heads to kill you, and freezing Wario in place so he can be hit by the ducks.

Yet in the data, he actually has another one. Namely, the ability to throw coins from his purse. This would presumably act as a projectile attack for the character, and again make the fight a tad more difficult than it is at the moment.

So here’s a mockup showing that attack in action:

Plus sprites of the purse itself. As suggested in the forum thread, it’s likely the purse wasn’t meant to flicker along with the ghost in development.

Finally, there’s also an interesting situation with Bobo, the crow like boss fought on the SS Teacup. In game, his sprites are (quite weirdly) always cut off:

Yet in the data, the same graphics exist in the right setup. So with a bit more time and attention, it’s likely Nintendo would have fixed the bug and made them display correctly. Again, compare this (cut off):

To this mock-up (fixed) to see the difference:

Either way, the existence of these sprites (plus a completely different Bobo boss battle in the game’s data) implies the title was significantly changed in development. And perhaps, outright rushed to get things done by the release date. The ‘beta’ here was clearly going to be more ambitious than the finished product.

So yeah, an interesting set of findings all round. But what do you think about them? Do the unused animations and tiles make you wonder what the original Wario Land 1 could have been like?

If so, post your thoughts over at the Wario Forums topic today!