I have updated the links to not go to Mega any more. Now they go straight to our resource manager instead.

It’s been a while, hasn’t it? Indeed, since Project M (a massive Super Smash Bros Brawl mod to turn Brawl into Melee 1.5, with new characters and content) was cancelled in December 2015, it seems things have been slow on the Project M news front. No obvious revivals, no new developer information, no news on gaming sites… it’s like everyone completely forgot about the title!

But now things might be getting interesting again! Why?

Because over on 4chan in May, someone leaked a ton of cool stuff from Project M’s development. Here are the links to different parts of the leaked ‘pack’ (via Mega):

As well as an archived version of the topic:

So what’s in the pack?

Well, quite a lot of random things really. Some of them seem to be personal projects by Project M team members, some just other mods that the guys may or may not have been willing to integrate or play around with (like the Pichu one). Here’s a list of what’s in each pack:

Out of these, the announcer quotes one has to be an interesting download. Why? Because it includes comments for LOTS of characters that weren’t ever added to Project M, but might have been planned at one time. Namely:

That’s a pretty insane list of possible playable characters. Of course, only three of them got anywhere near being included in the actual game before its cancellation, but I give props to the team for their ambition.

Another interesting download here is that for the concept art. Unfortunately, it has nothing for King K Rool, Dixie Kong, Slippy, Bowser Jr or anyone else that wasn’t in the leaked dev build. But what it does have is some pretty nice art for the likes of Isaac, a redone version of Sonic the Hedgehog and Lynn, among other things. I’ll post it here for everyone to see anyway: 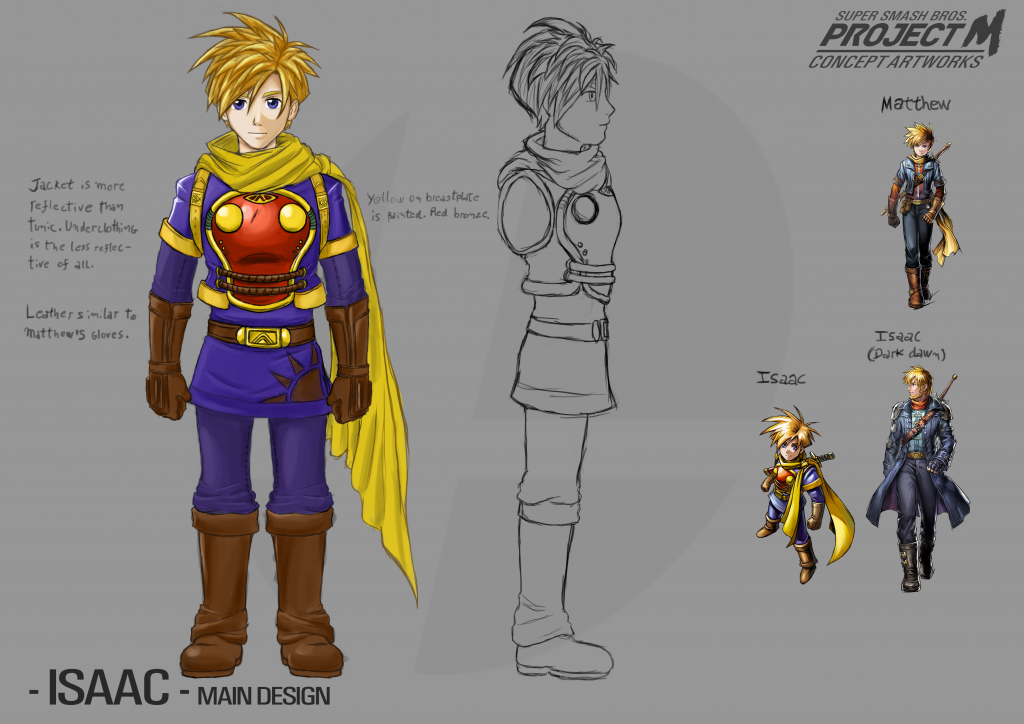 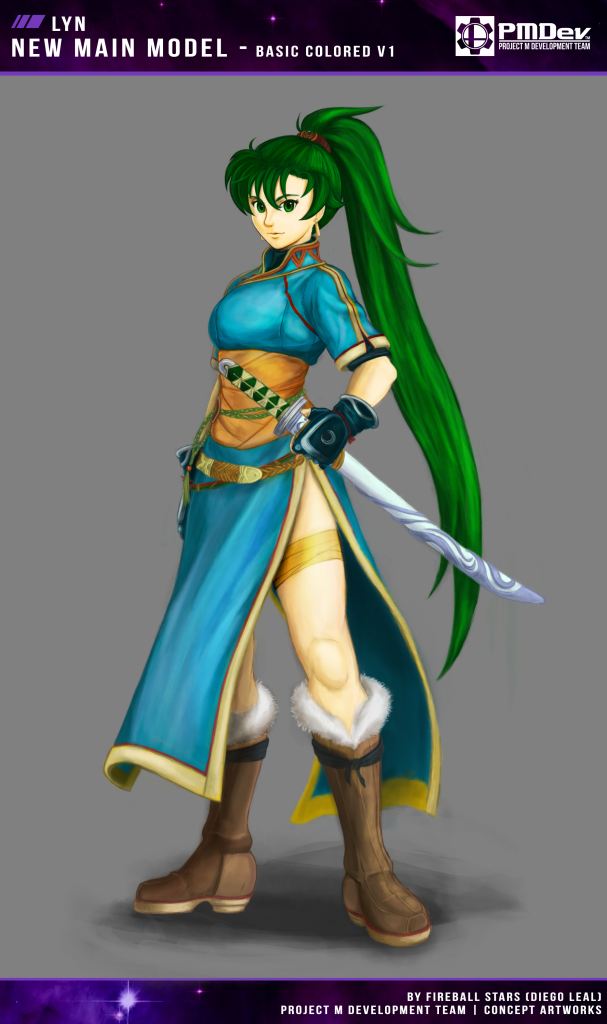 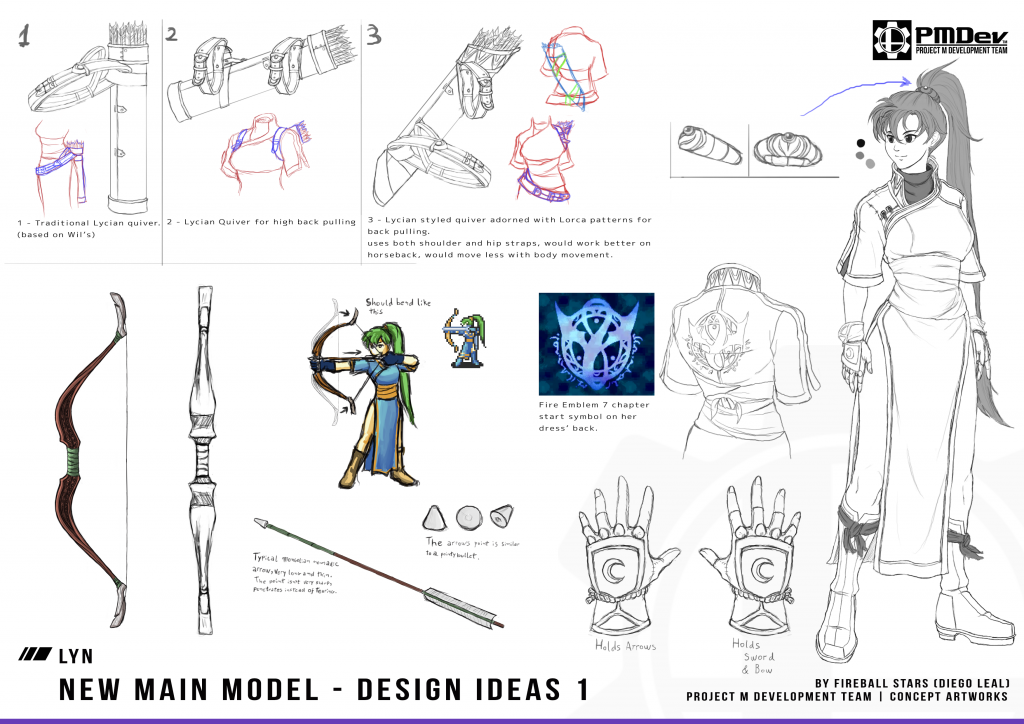 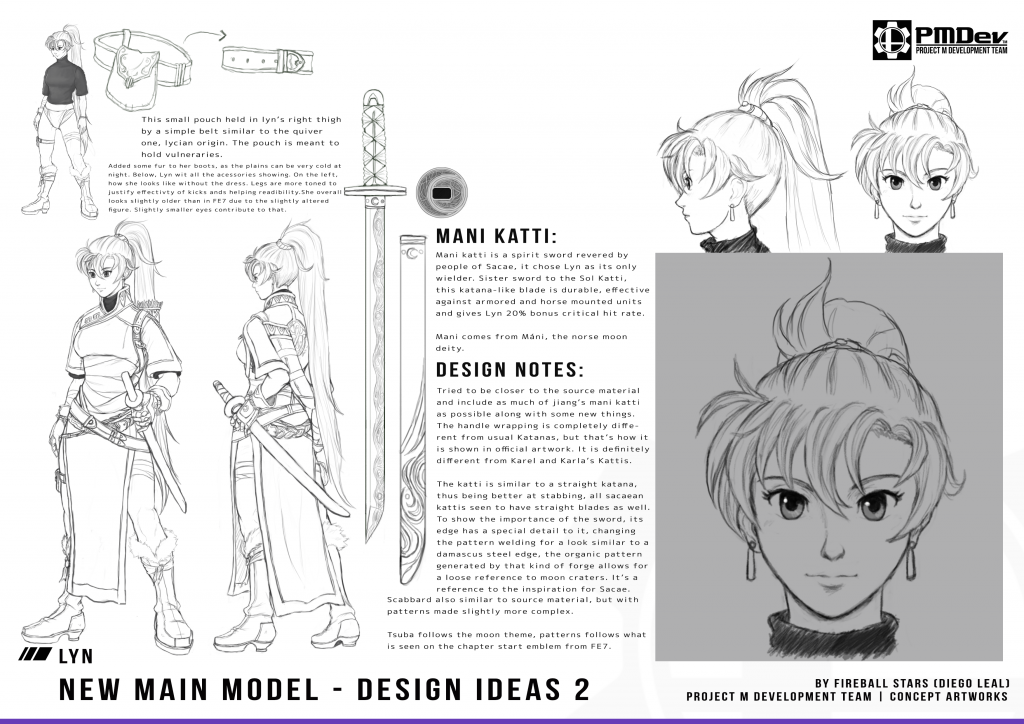 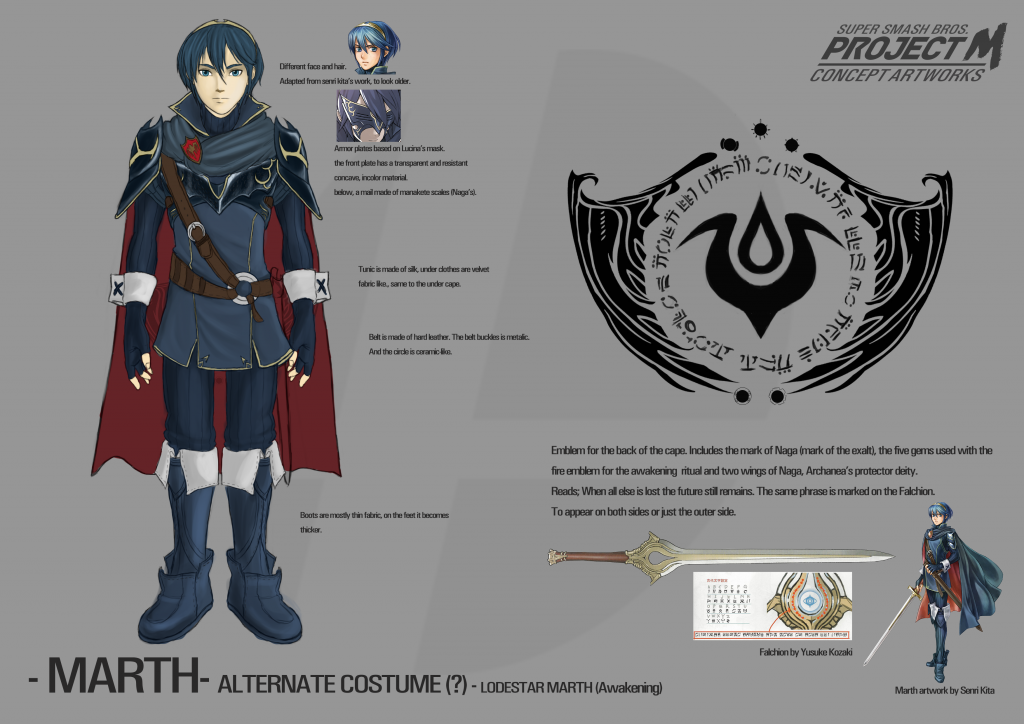 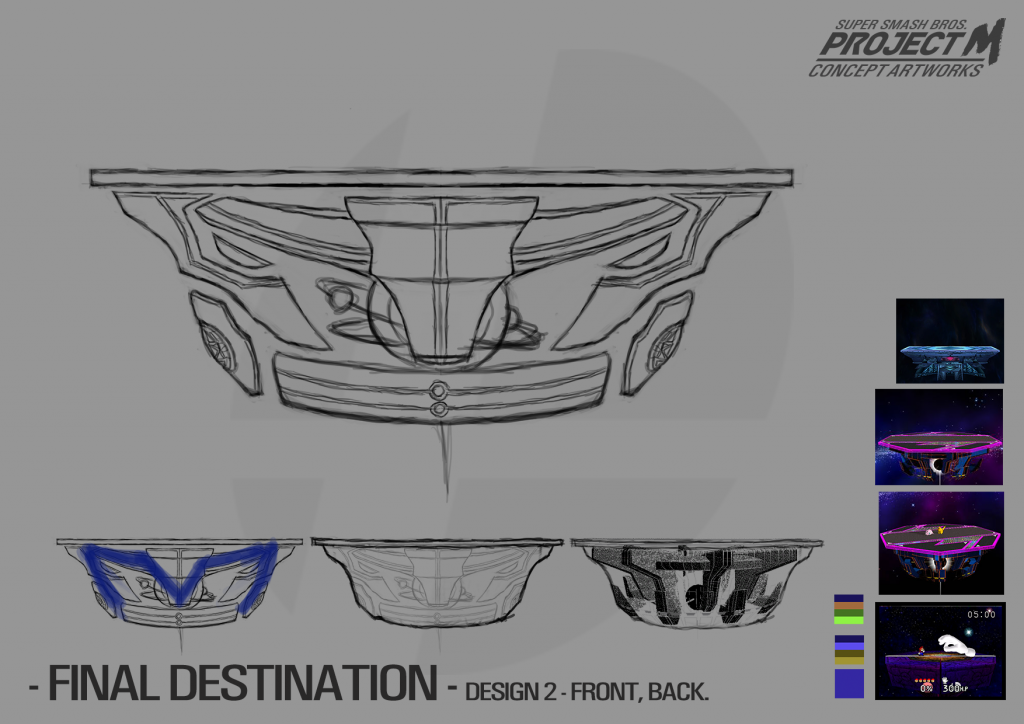 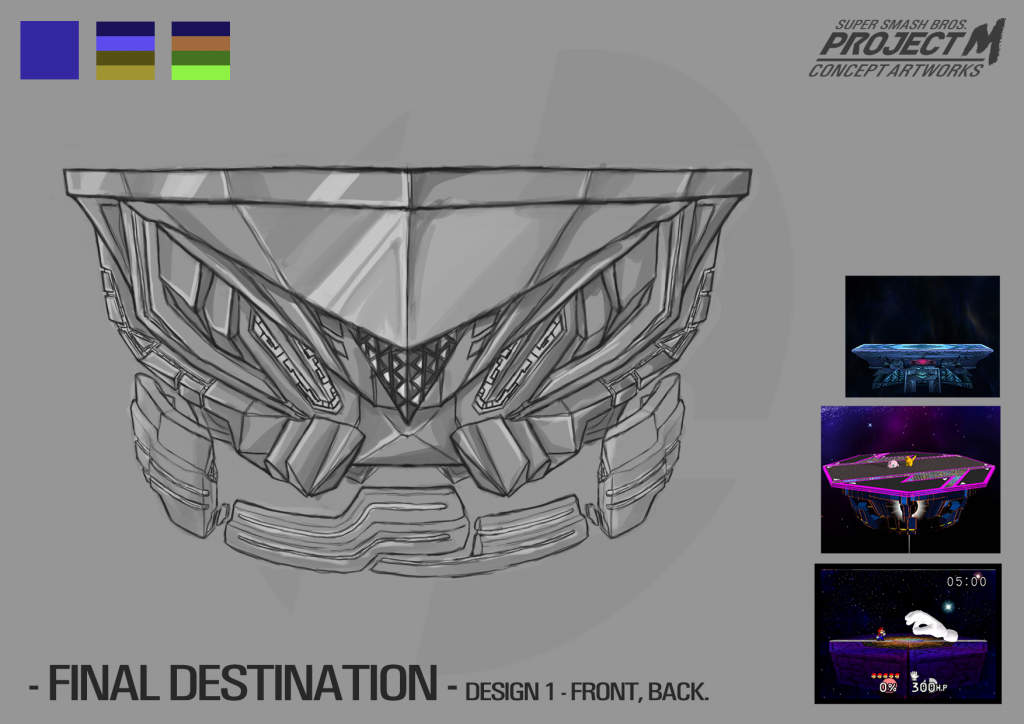 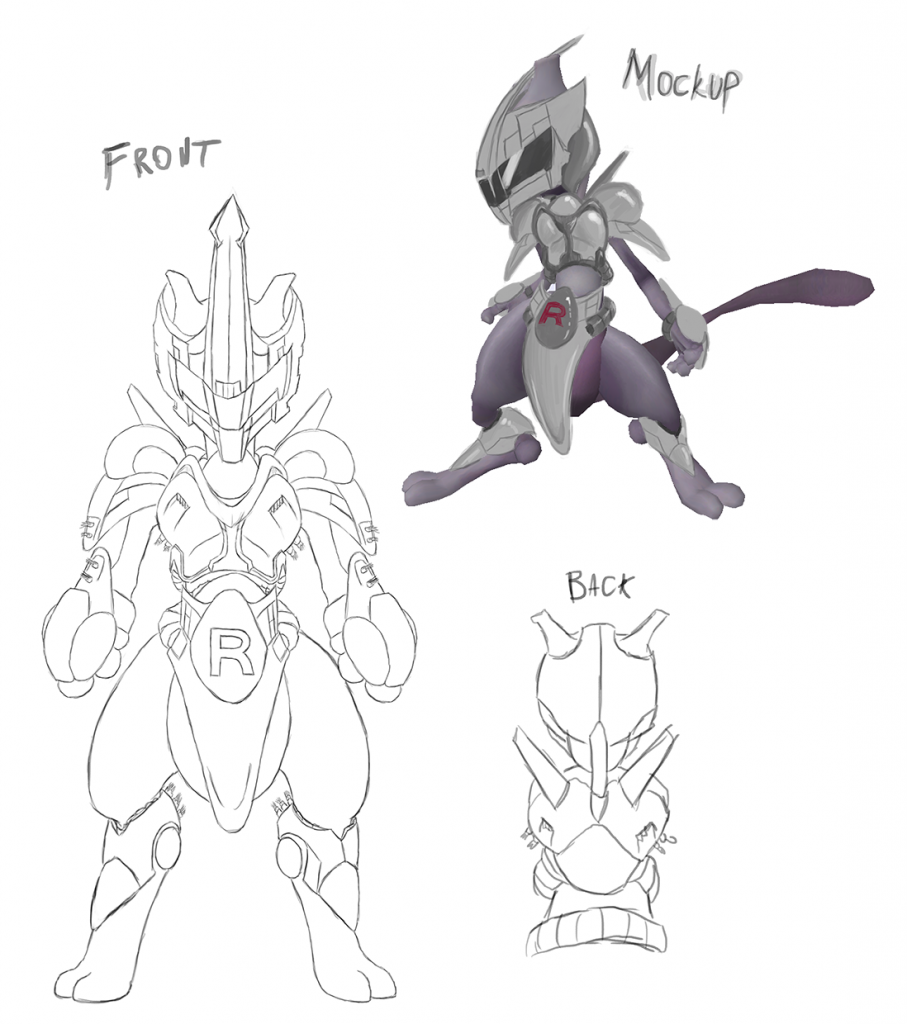 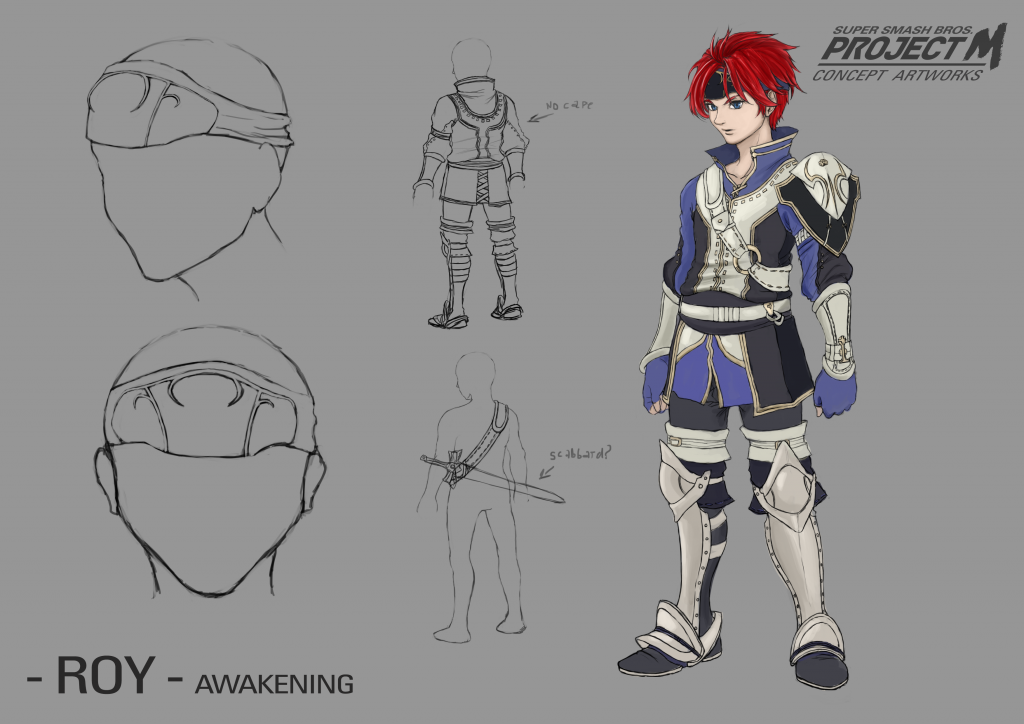 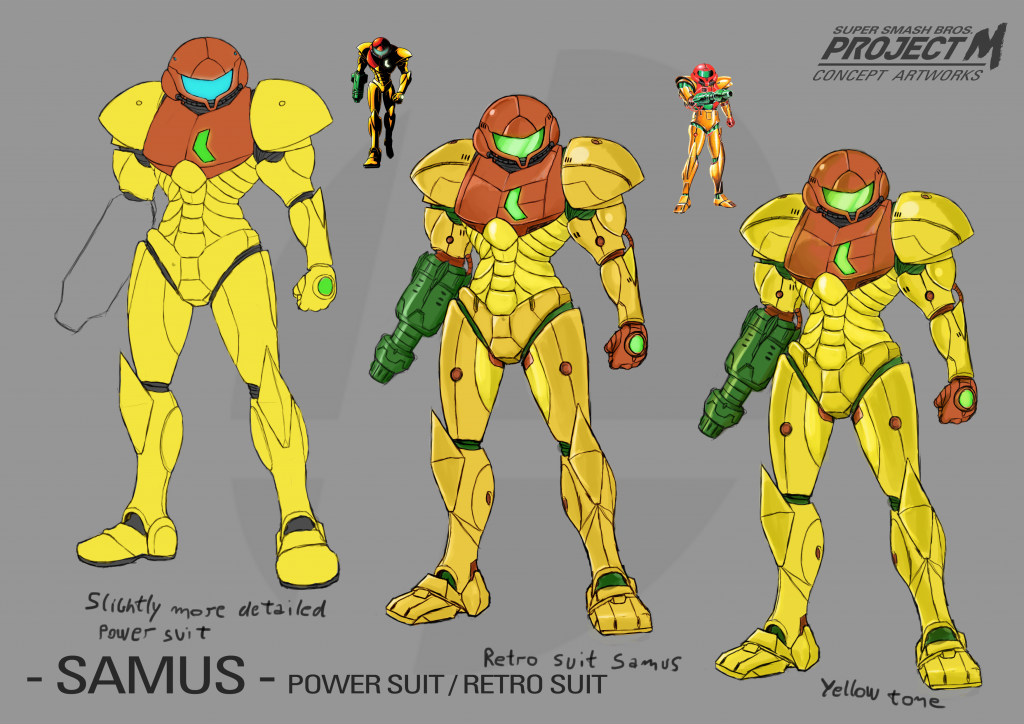 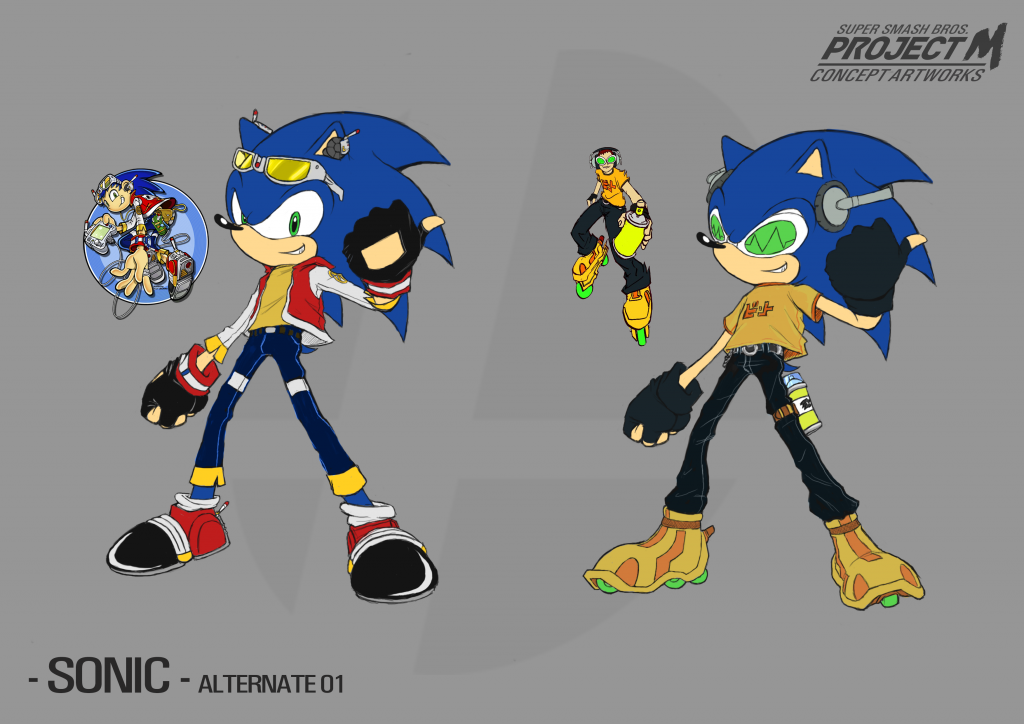 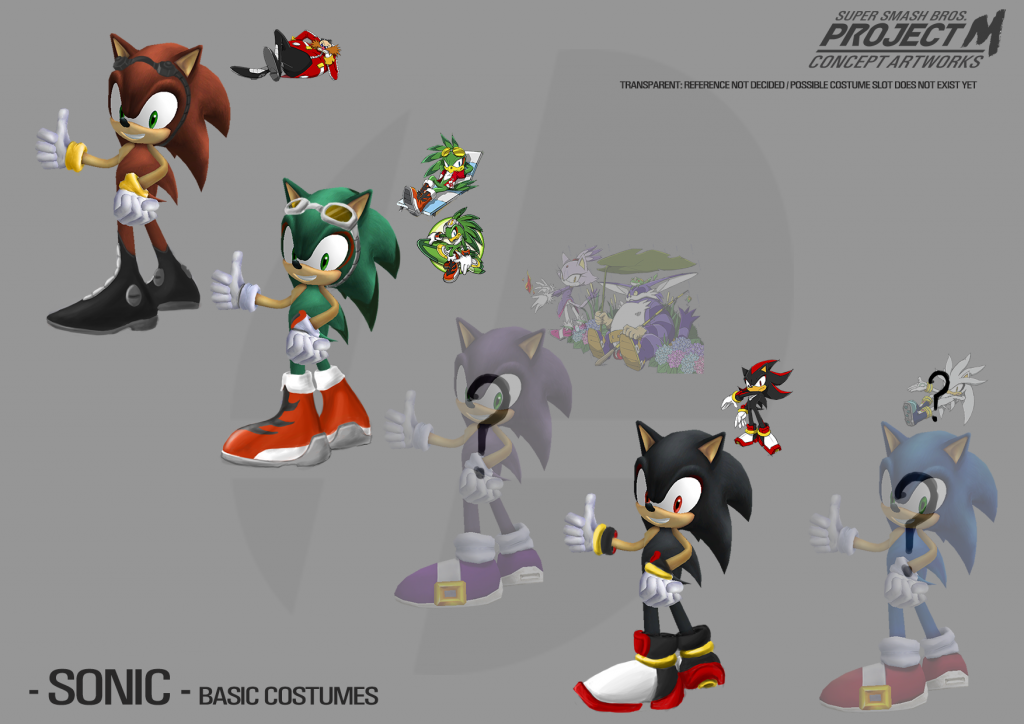 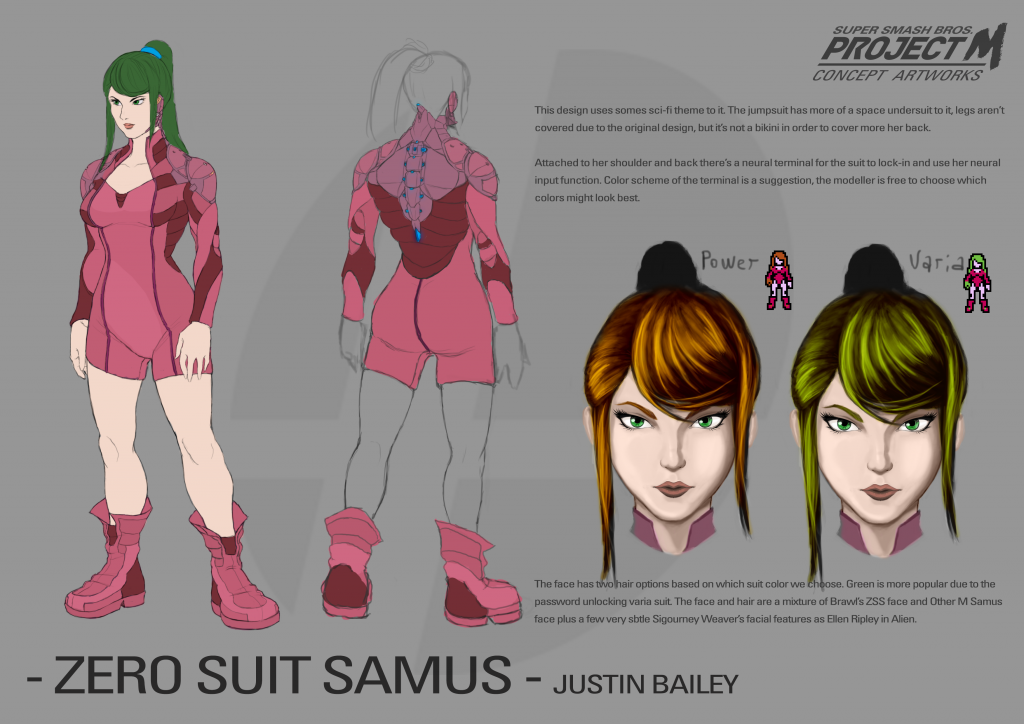 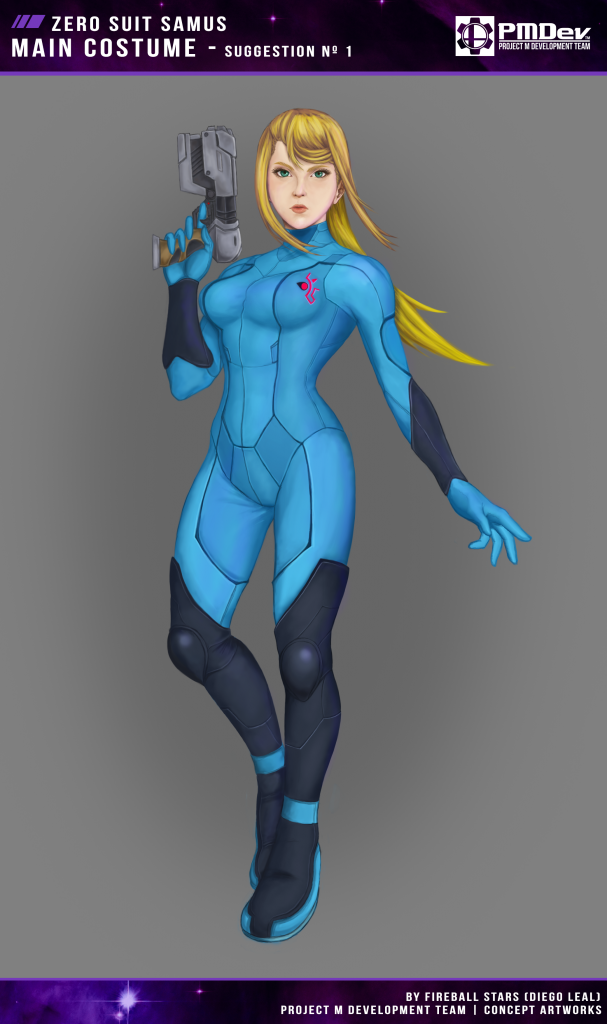 The other packs are pretty minor by comparison. A few neat character concepts, a few stages from older games and a few menu resources already released to the public, but I guess they could be useful for some people out there.

Which brings me to another point.

That one which supposedly killed off Project M?

Well, the topic about this on 4chan puts that whole rumour into question, yet again. Basically, the person posting these leaks (who was presumably on the development team at some point) claims there was no lawsuit. Just Warchamp supposedly destroying the project.

Said person claims Wavedash (some of the Project M team’s new project) didn’t want competition, so they made up a lie that the project had to shut down to get people off their back and focus on their commercial work. Bit like how some people claim Redigit of Super Mario Bros X claim faked the legal notice to work on Terraria.

In their own words:

there was no lawsuit, only warchamps destroying project m
cause of wavedash dude
they didnt want the competition, so they had warchamp kill with some bullshit story about a lawsuit
they believed his shit cause of paranoia of some council members and gamer lawyers
they didnt even bother to check or have the balls to keep on developing

But is this true? Did Project M really get shut down because of future commercial interests rather than Nintendo legal action?

Well, that’s a hard one to call. On the one hand, quite a few people in the development team have at least hinted that something was going on behind the scenes, or that they could get in trouble if the game’s development continues. And their lawyer does have a good reputation here.

On the other hand, there’s an equal amount of comments that hint that various conspiracies and backroom deals and other instances of drama might have gone on here. So it’s quite hard to really know, unless a team member wants to come out and talk directly to the media about the project’s cancellation.

Either way, enjoy the Project M resources, and perhaps cry a bit at all the great characters and concepts that never came to pass due to its cancellation. Poor old King K Rool eh? Screwed over by Sakurai, then dropped by the Project M team as well, right when everyone wanted him to be a playable character! And with everyone from Saki to Isaac to Pichu and Pig Ganon and Black Shadow on the potential roster, it really does make you wonder what the game could have become if development had continued right through 2016. Perhaps something even better than Super Smash Bros for Wii U?

What do you think? Do you wish all this Project M stuff was in the game? That development was continued and some of this beta stuff was included?

About that bit at the end…uh? Why is controversy trying to be started over a pretty BS claim, stating that the previous "claim" (which is nonexistent, at that) was BS in of itself? The main dev of PM didn't claim he got lawsuits anywhere. It was shut down with a vague notice on the main website, and nothing else. What the more likely reason for the development halting, however, is because the next build would've included Knuckles and Lyn, and they had shut it down in attempt to avoid garnering so much hype that Nintendo themselves notice and finally actually… Read more »

Reading a bunch, they didn't get lawsuits, but they got pretty hefty and punishing restrictions that effectively made it unable to keep developing, at least developing expansions. And saying Project M (or even PM in non-Paper Mario spaces, which is just stupid) also gets you bans on the Miiverse as I've read as well. "First and foremost as a game mod, we are still under certain legal obligations and restrictions. To stay in Nintendo’s good graces and to avoid attracting Cease & Desist letters from 3rd party companies, we are limiting our choice of new characters to those that Nintendo… Read more »

Yet they planned to backport Bowser Jr at one point?

Either that's from way early in development, or someone ignored that all together.