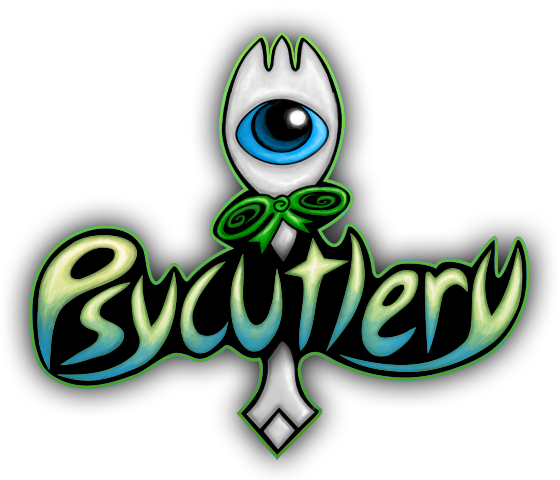 Here at Gaming Reinvented, we’ve been a bit too Nintendo focused recently. We’ve talked about the Nintendo Switch like it’s going out of fashion (despite not even being out yet). Written legions of articles on Pokemon Sun and Moon (plus various other major Nintendo titles). And focused perhaps a bit too much of the site on fan games and projects.

Either way, we think it’s about time for a bit of a change. So here’s my thoughts on an interesting little indie game called Psycutlery, whose latest demo was released today!

So what is Psycutlery? Why am I writing about this game rather than so many others?

Well, have you heard of Psycho Waluigi? That awesome Mario fan game where Waluigi goes around conquering kingdoms and defeating enemies with his newly gained psychic powers?

The one that’s considered by many on Mario Fan Games Galaxy as the best Mario fan game of all time?

If so, then Psycutlery is basically the game’s spiritual successor. Developed by Eyes in Everything (a new indie studio founded by Psycho Waluigi creator Thunder Dragon), the game has many similar elements to it, complete with mind control mechanics and interesting puzzle platformer gameplay. In other words, it’s basically an expanded sequel to Psycho Waluigi, except with the character and world being completely original and non Nintendo based.

And dear god, it is a great game. Seriously, have a look at this video I recorded of the title earlier:

As you can see, it works perfectly. The physics are rock solid, with the main character moving exactly where you want her to. The psychic powers work well, with their mouse controls working just as expected with no flaws or delays. And what’s more, the sheer level of depth the game has in its mechanics and design is outstanding:

For example, not only can you shoot telepathic arrows at enemies in all directions (by aiming with the mouse and pressing the attack button), but you can also pick up enemies and chuck them around the screen from a distance too, kind of like a 2D version of the Gravity Gun from Half Life. Or pick up rocks and send them catapulting across the screen, doing multiple bits of damage every time they whack into an enemy.

And then there’s the whole ‘extra powers’ thing. Basically, you can collect special power ups in mid level which give you a second attack if you click the right mouse button.
These attacks include:

Plus all manner of others too! So not only do you have full mind control/levitation abilities, but you also have fancy temporary power ups and abilities too, all of which open more puzzles and possibilities.

Also of interest is the unicorn power up, which acts exactly like Yoshi does in the Mario series (or the Animal Buddies in Donkey Kong Country). Hop on, fly around the screen like a maniac. And take an extra hit if you touch an enemy, since the horse absorbs it and runs away for a bit.

Either way, it’s a nice deep gameplay setup for a 2D platformer, and one that will open up a lot of possibilities in the full version.

However, what about the rest of it? Do the graphics, music or other presentation aspects compare?

Well yes, and no.

On the one hand, the graphics look fairly decent. Are they amazing? Eh, I wouldn’t say so. They’re nice, and they’re on par with Psycho Waluigi’s original sprites, but I wouldn’t exactly go as far as to say it’s the prettiest 2D platformer I’ve ever seen. Just decent. Clear, crisp and with a nice consistent art style.

And the menus are professional enough. Lots of decent options (like screen size, control scheme + remapping, etc), all of which offer more control than a lot of indie platformers do.

But I’m not a fan of the music. Okay, it doesn’t hurt your ears. It’s tolerable enough to listen to as you’re playing through the test level. And it does fit the scenario the game is going for.

However, it’s just not very memorable or catchy. Instead, it’s just ‘generic’ sci-fi music. And it doesn’t give the game its own identity.

Meanwhile, contrast how catchy say, the Donkey Kong Country music is, or how catchy the Wario Land series music is:

Feels like those games have much more of a unique style to them in the soundtrack department, and it works really well as a result. Still, it’s only one level song so far, so I’ll judge the soundtrack again when the full game is complete.

Finally, there’s one gripe I have with the mechanics, and that’s how the controls work with both the mouse and keyboard.

Put simply, it can become a bit disorientating, given how often you have to switch between the keyboard and mouse when playing.

And I think that’s where the game probably could have worked better with a very different input method. One which Nintendo has (somewhat unfortunately) scrapped in recent years.

Yep, I’m talking about the Wii Remote. I believe that’s the control input this game was designed for. You’d move around with the nunchuck, press A or B to use attacks, and then use the remote’s IR pointer to pick up and aim enemies. That feels like an input method that fits this game’s setup.

But hey, that’s probably not possible now. The Wii and Wii U are dead, and the Nintendo Switch likely isn’t going to have any form of motion controls included. Eh, I guess the dual control sticks might work as a substitute here, right?

Eh, I guess so. Either way, we’ll see what happens on that front when the game is finished and (maybe) available for other platforms.

Either way, regardless of those issues, Psycutlery is a great little indie 2D platformer, and a title that’s well worth checking out when it’s released in full. So make sure to follow Eyes in Everything on Twitter (or their official site), and get ready for what could be one of the best indie platformers of all time!