When it comes to the Paper Mario series, it’s pretty clear the series has been going in the wrong direction. There are fewer original characters and elements not found in the New Super Mario Bros games. The battle system is no longer a traditional RPG one, with things like experience and levelling up being completely removed.

And with partners no longer a mechanic in the games, the overworld exploration has become a lot less enjoyable than it used to be.

But while Nintendo’s dropped the ball on the Paper Mario series, it seems there are indeed other companies willing to pick it back up! Yes, Paper Mario is getting some spiritual successors! And while they’re not quite as popular as Yooka-Laylee or Mighty No 9 have been, these games still promise to offer the old school fans what they want from Paper Mario. Namely, good old turn based RPG gameplay with a paper style aesthetic!

So let’s take a look shall we? Let’s look at some of these successors and see which ones really do recapture the feel of the early Paper Mario titles! 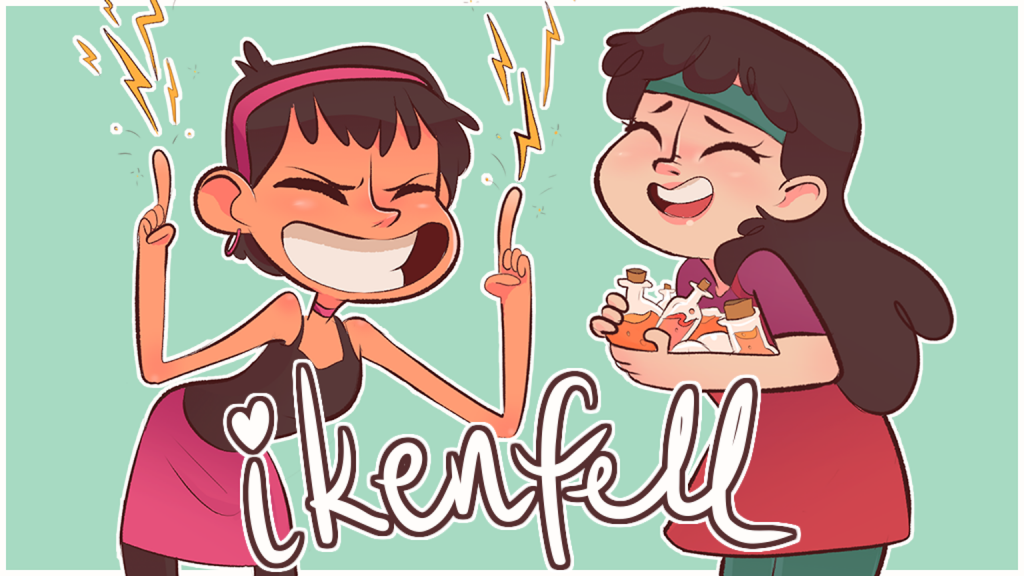 The first of which is a pretty unique game indeed. Billed as Harry Potter meets Paper Mario, Ikenfell is an RPG adventure game about wizards and witches attending a Hogwarts style magic school and the ‘trouble they get into’.

It’s an interesting concept for a game. And the people on Kickstarter seemingly think so too. Why? Because as mentioned above, they poured more than $60,000 in this title. So we’ve certainly now got proof that Paper Mario style RPGs can be a potentially lucrative market if you show them well.

However, I will point out one thing.

Based on the screenshots and videos, Ikenfell could possibly be better described as a Mario & Luigi successor rather than a Paper Mario one. It’s got a similar graphical perspective to those games and the gameplay looks closer to a hybrid between that and the Legend of Zelda than it does Paper Mario.

But hey, if the creators call it a Paper Mario like game, who am I to argue here? It’s a bit less Paper Mario inspired than our next game though… 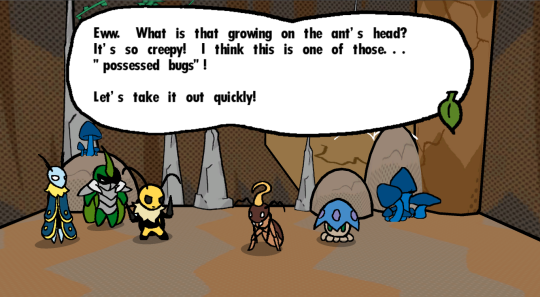 Another game following up on the Paper Mario formula, Paper Bug is.. basically Paper Mario with the characters replaced with bugs. It’s kind of in the name you know?

But none the less, it’s an interesting project in its own right. Why? Because it’s a very quiet, understated little game that’s not been heavily advertised online and instead gets regular updates on its official Tumblr blog. There’s no Kickstarter, no Indiegogo campaign, very little coverage on gaming news sites… yet the team still ploughs on regardless. It’s like a time warp to how indie games used to be developed. Quietly with regular updates and without demands for large amounts of money from online backers.

So while it’s not the flashiest project, it’s still one that could be worth looking out for at some point in the future. Which seems to be more than can be said about this title… 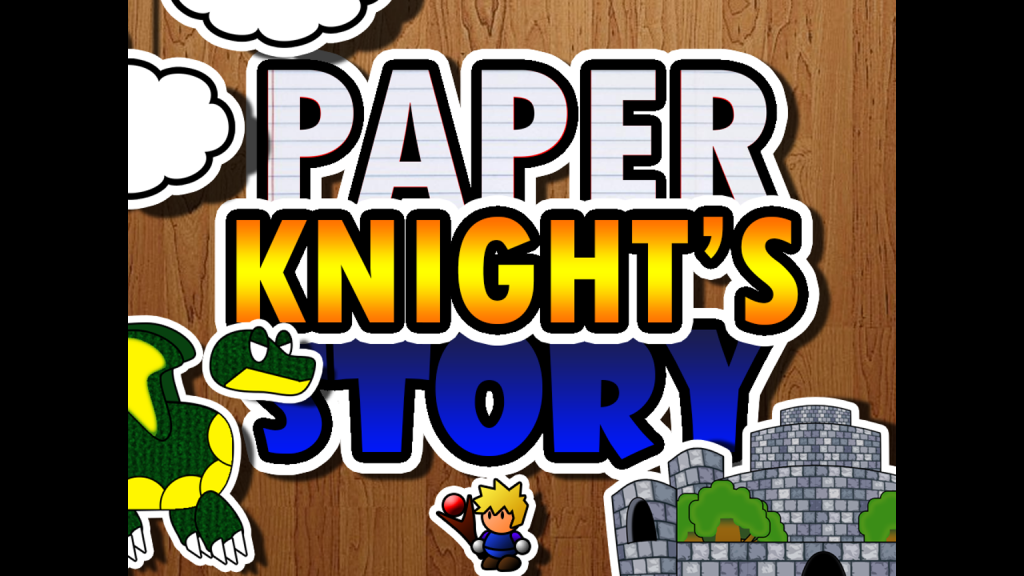 Named Paper Knight’s Story and developed by ‘InQu Games’, this game was basically trying to be a free successor to Paper Mario. Yes, free. The campaign actually said the game was going to distributed for free when it was finished.

And it did okay too. It raised $1,644 on Kickstarter (not a massive sum, but much better than most of its competition), was fully funded at the end of its campaign and even had two episodes released!

But here’s the catch.

That’s all that happened.

The finished game? Never released. The online services? Not forthcoming. InQu Games’ activity on social media? Absolutely non existent since March 2013 or so.

Basically, the team took the money, worked on it for a bit and vanished never to be seen again. So yeah, we definitely got part of a Paper Mario successor. Just not anywhere near the full thing.

Thankfully, the next game likely won’t suffer the same fate…

Because the Paper Soul Theatre devs Otyugra Games’ pretty much never leaves the Paper Mario subreddit. So hey, they’re already communicating with their fans more than some indie devs we know about!

Either way, Paper Soul Theatre is a… fairly odd little game. For starters, while the odd song and graphics update is posted on the official site, there’s not really a lot of information about the title as a whole or any footage showing it in action. So actually figuring out how the game plays or what stage it’s at is pretty difficult.

And it’s also got one hell of a strange concept to boot. I mean, can you picture what this game is trying to be from its official description? From this one paragraph written below?

Paper Soul Theater is a subversive 3D turn-based RPG/platformer/survival horror video game, modelled after “Paper Mario: The Thousand Year Door,” about a girl in a surreal fantasy world, and the allies she gains, who use peaceful communication, violence, spiritual help, and the power of ancient totems to stop crusaders from beginning a devastating war with her weak confederacy.

Because to be honest, I can’t. It sounds like a weird hybrid of Paper Mario, Super Paper Mario, Fire Emblem and Resident Evil based on the description, which is certainly not a combination I can make much sense of without a trailer or screenshots.

Still, it’s not cancelled, and the team do still post online on a regular basis, so we should have some sort of preview at one point or another. There’s still the strong possibility that Paper Soul Theatre will be finished at some point in the foreseeable future. 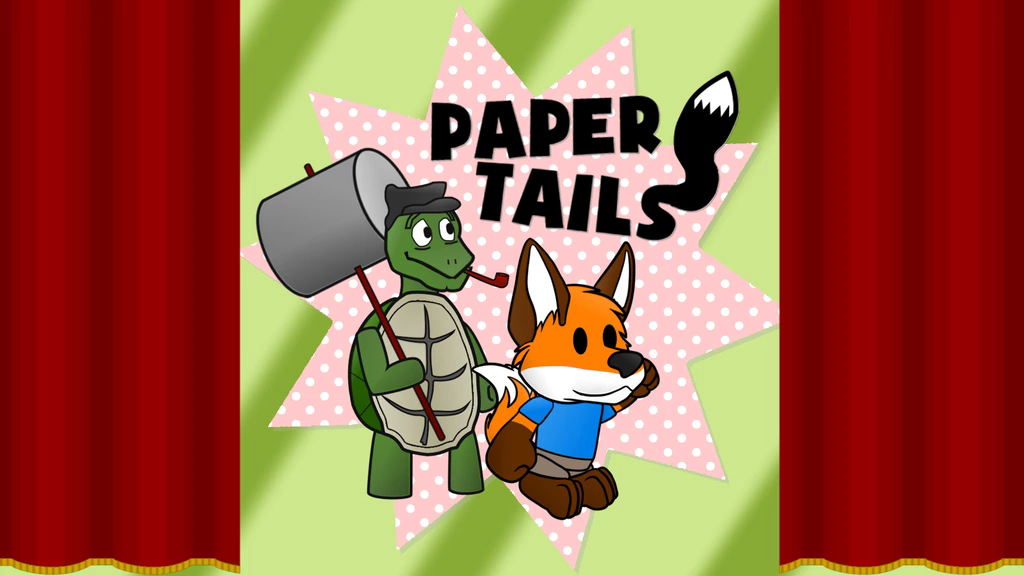 Because Paper Tails did not do too well on Kickstarter. In fact, it bombed really hard, to the point only 0.1% of its target was met before the campaign ended.

Either way, Paper Mario 1.5 with flash animation (or Paper Tails as its actually known) was a very clear attempt at cloning Paper Mario the Thousand Year Door. Like, so close you could make a Paper Mario fan game by swapping the graphics and music out. That close.

And like so many other indie games, the team decided to take it to Kickstarter. Which is honestly where the game’s issues came in.

Because you see, their target was not small, like the $1500 one for Paper Knight’s Story. Oh no, they wanted $175,000 for this game. Which as you can probably tell, looked closer to a Newgrounds flash game that something you’d see on consoles.

As a result, it didn’t pay off. The game bombed hard, updates have been scarce for ages, and all activity related to the title online has completely dried up. It did get greenlit on Steam, but whether that’s ever going to lead to a finished game is another story.

Either way, it’s a good warning for indie devs considering a Kickstarter. Namely, make your game look decent before trying to raise money, and then actually bother to advertise it in some meaningful way. Otherwise you’ll go down like Paper Tails did!

South Park: The Stick of Truth

Let’s move onto a better project now. Like South Park: The Stick of Truth for PC and modern consoles.

The only Paper Mario ‘clone’ that’s actually been released in full, South Park: The Stick of Truth is basically Paper Mario, except with South Park characters and themes instead of Mario ones. You explore various parts of the South Park town (in much the way you’d explore Paper Mario’s locales), you fight battles with action commands playing a crucial role, and as you can expect, there’s a lot of humour to be had here. After all, what did you expect? It’s based on a animated comedy show!

Here’s a video showing the game in action (the trailers show barely any gameplay footage):

As well as the link to get the game on Steam:

South Park: the Stick of Truth on Steam

It’s definitely one you should check out, if you’re a Paper Mario fan that happens to also be a fan of the South Park series. Or if you just want to try out a genuinely good licensed game for a change (cause damn those are rare)! 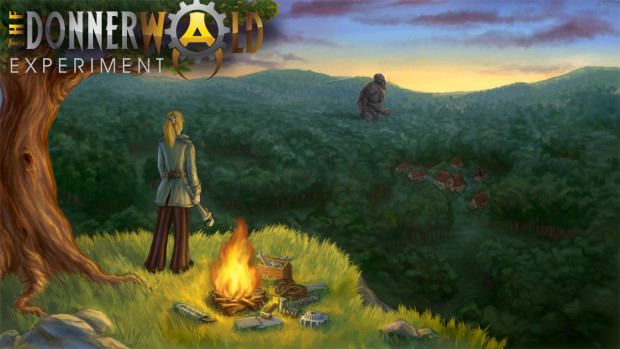 But back to unreleased games now, with an interesting little RPG game called the Donnerwald Experiment. Set in a strange world filled with speaking animals, unusual robots and the ruins of ancient civilisations, it stars a mechanic called Johanna as she gets dragged into ‘an insane project called the Donnerwald Experiment’.
And it’s not just the story that’s a little unusual here. Oh no, the game design itself seems to be an odd hybrid between a standard eastern RPG and a western one, with players give the choice on how they want to handle the game world and story. They can cooperate with the inhabitants to make the world better. They can run away, never to return. Or heck, they can just kill everyone and destroy the world outright. It’s like in say, the Elder Scrolls or Fallout.

The battle system sounds interesting too. It’s got action commands and partners, like in Paper Mario. But you’re not meeting these partners. Oh no, you’re apparently building them from scratch, with your skills as a master mechanic and robot builder. There are also Pokemon style elemental types too, and a system that dictates how many moves you get per turn like in Sticker Star and later games.

So it’s a very unique title really. I mean okay, it’s probably not gonna reach it’s goal (cause getting 99% more backers in 8 hours would be insane), but it definitely looks like a new take on the Paper Mario formula, and one that’s a damn lot more creative than Color Splash. So it could be worth checking out. 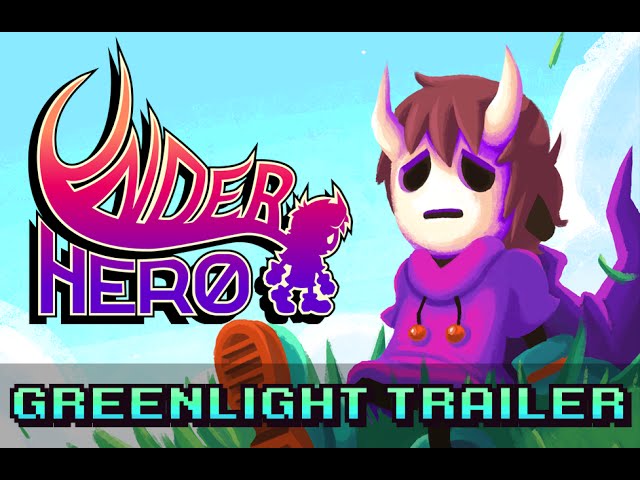 Oh no, Underhero is listed there too. And this one… is again not your typical Paper Mario successor.

Because it’s a side scroller. You know, like Super Paper Mario was on the Wii. Or those various Paper Mario fan games are on MFGG.

Here’s the trailer from its Steam Greenlight page (where it was greenlit by the community):

As you can see, this one has quite a lot going for it. There’s a nice unique art style with some really impressive pixel art. The battle system looks inspired by (but not too close to) the Paper Mario series. And heck, the characters even speak ‘simlish’ or ‘Banjo speak’ like in Rare’s N64 titles!

It’s a good game, and one that seems to be in active development as we speak.

So that ends our list of Paper Mario spiritual successors! Some of the games look amazing and seem like they’re bring their own unique mechanics to the genre, some outright clone the Thousand Year Door with original characters. None the less, there are plenty of titles out there for you old school Paper Mario fans, and plenty of alternatives do exist for those uncomfortable with Sticker Star and Color Splash’s changes to the series.

But what do you think? Do any of these spiritual successors fill the void left by Nintendo’s changes to the Paper Mario series? Could any of these titles be more enjoyable to play than Paper Splash on the Wii U? Or are you waiting til Nintendo themselves makes a new Paper Mario game instead?