Is the Player Feedback in Yoshi’s New Island a Recipe for Disaster? 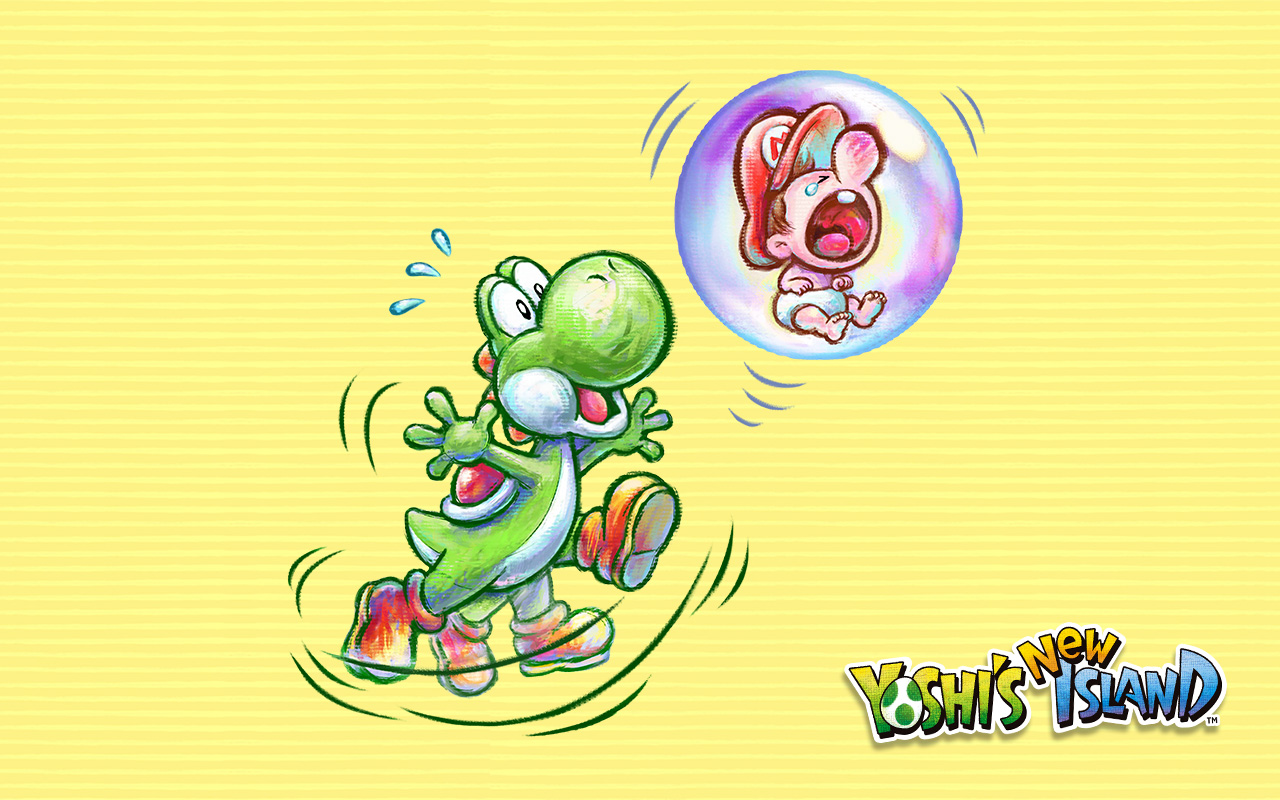 Yesterday on Nintendo 3DS Daily, I posted an article about how Nintendo were asking players to share data about their time playing the new Yoshi’s Island game.  But while then I thought nothing much of it (except for the potential privacy issues it might raise), someone at Nintendo 3DS Community brought up a rather alarming thing that this feedback could be used for.

Increasing/decreasing future game difficulty and complexity based on stats like death counts in levels.

Keep reading to find out why that can be an issue…

Why?  Well, let’s start with the obvious. Tutorials and related things in Nintendo games have gotten rather over the top recently.  Like how Luigi’s Mansion Dark Moon, for all its good qualities, loved to have Professor E Gadd send you messages on your in game phone for every little thing that happens:

Above: Although the music is really good for actual ringtones

Or how Mario & Luigi Dream Team seemingly never stops giving tutorials and help and NPC chatter even about 20 hours into the adventure.  Or how in the Mario Galaxy games, about the first two hours seemed to be slow tutorial content which just made you want to get to the actual game.

But what if Nintendo did this because they thought players couldn’t handle doing things on their own?  Because they took data from other games, got the wrong end of the stick and decided that players were too ‘stupid’ to figure things out for themselves?

It’s possible.  And it then occurred to me that this is exactly what the data from this game could be used for.  They could take things like death counts, and then raise or lower the difficulty in future games accordingly.  But hang on, one issue…

Artoon (and presumably Arzest) are terrible level designers. And if you remember Yoshi’s Island DS, the game was arguably the nearest thing to a licensed version of Platform Hell. Basically, the secret levels turned it into ‘Kaizo Yoshi’s Island official edition’.

So if Nintendo take data from this game… then isn’t there the worry they might assume the lessons ‘learnt’ apply to all their titles and not just Artoon’s ones?  Imagine if someone had information about how often someone died in A Light in the Dark:

People tend to ‘die’ hundreds of times in these levels, because they’re kind of… well, unfair in their difficulty. But if someone only had data like death counts, what would they think of Nintendo games if Yoshi’s Island DS was a sample?

That they were too easy?  Or too hard?

I’d guess the latter.  Most people probably didn’t bloody finish the game, or get past about world 3 or 4 without giving up.

If Yoshi’s New Island is anything like this, people opt in to share data and Nintendo gets things like death counts, time taken in levels, etc, isn’t there a worry they could get the complete wrong idea about things because of it?

I fear so.  And it makes me think Yoshi’s Island (whether it be the original, DS or ‘New’ game) is the complete wrong game to monitor player data in.

Anyone else potentially agree?

I agree with you but if they plan it out more carefully instead of just counting total deaths, this could be extremely useful

Nintendo isn’t stupid, they won’t just send total deaths alone even a person remotely knowlegable in statistics knows that such number alone is meaningless. And Nintendo has tons of people working for it who are just doing that. If they include total deaths then they will also send the level they occured in too. This could only lead to improvement, showing that the Tutorial levels are too “easy” and the extra’s are rather “unfair”. Nintendo know’s what they’re doing and won’t make such a mistake.