How Sticker Star and Paper Jam Should Have Been 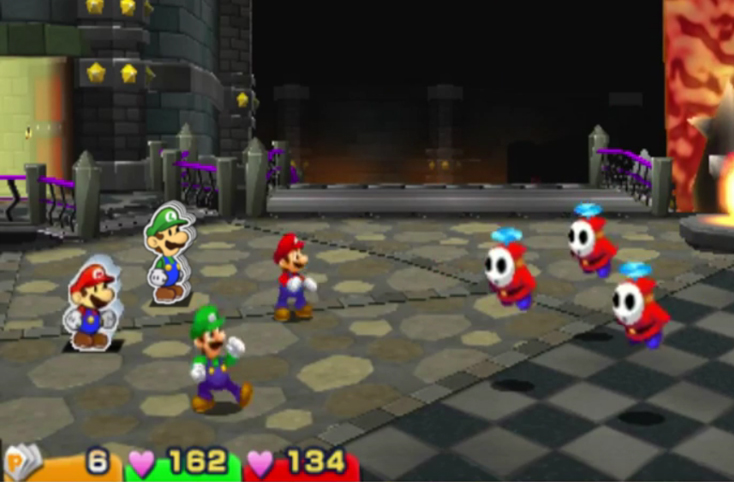 Given how much we liked the original characters and ideas in the Mario & Luigi and Paper Mario series, it should not come as a surprise that we weren’t the best fans of Paper Mario Sticker Star or Mario & Luigi Paper Jam. Sure, Sticker Star had a few neat ideas, like the Enigmansion. And sure, Mario & Luigi Paper Jam was a decent enough game (albeit with really generic themes and almost non existent collision detection). But they both felt like a missed opportunity. Like games that could have been up to the standard of Bowser’s Inside Story or Thousand Year Door, but never got the chance to shine.

It’s a pretty interesting overview of the changes, and starts by making the RPG mechanics somewhat more meaningful. For example, you’ve now got partners with their own abilities outside of battle, you only get coins for defeating enemies in battle (stickers are only found outside of battles) and both Stickers and Things can be reused over and over by spending special points. So the whole ‘disposable actions’ problem with the original game is fixed, and players actually have a reason to fight the normal enemies rather than simply avoiding everything in sight.

There are also some neat story and character changes too. Bowser speaks, NPCs other than Toads appear, classic Paper Mario enemies make an appearance and Kammy Koopa replaces Kamek as Bowser’s sidekick. In other words, it’s a cross between Thousand Year Door and Sticker Star, which works much better than whatever the hell we actually got.

Add in some actual story behind the world and characters, and well, you’ve got something a bit more interesting than ‘yet another Bowser kidnaps Peach story’. Heck, the topic creator even tosses in a few (sometimes decent) edited screenshots as well: There’s also a revised version of what Mario & Luigi Paper Jam should have been like too:

Again, it adds in more traditional RPG characters and turns the game into a real crossover between the Paper Mario and Mario & Luigi series. Like my favourite team up idea ever, Big Massif and Rawk Hawk: Okay, the screenshot isn’t too well done, but come on. The two most brash, somewhat hammy characters in their respective franchises fighting as a tag team? That’s more the kind of thing I was expecting from this type of game. Characters people actually like meeting counterparts that people also actually like.

Or the presence of Waluigi in the King Boo section of Gloomy Woods, where he apparently teams up with the party for the fight (ala Nabbit): And come on, Paper Luigi too. He’s not a full blown character (just an assist), avoiding the issues the devs had with him. But he’s playable in some form regardless, and makes all the difference: Either way, it’s a fun read, and just shows much better Mario & Luigi Paper Jam would have been if the game had drawn inspiration from the first three Paper Mario titles instead. Or if, surprise surprise, Bowser wasn’t the final boss.

But what do you think? Would you prefer these recut versions of Paper Jam and Sticker Star? Or do you like the versions with few new characters and ideas for some reason?

After taking a look at those to forum posts. I’d give all my money to have those retakes as actual ROM Hacks when Emulating 3DS Games becomes possible!

Give me the retakes any time, any day! All of these are brilliant! That idea about Rawk Hawk and Big Massif teaming up?! That was pure genius! I don’t know what it is about Rawk Hawk, but I like the guy!