Has 2013 Been an Impressive Year for Nintendo Games? 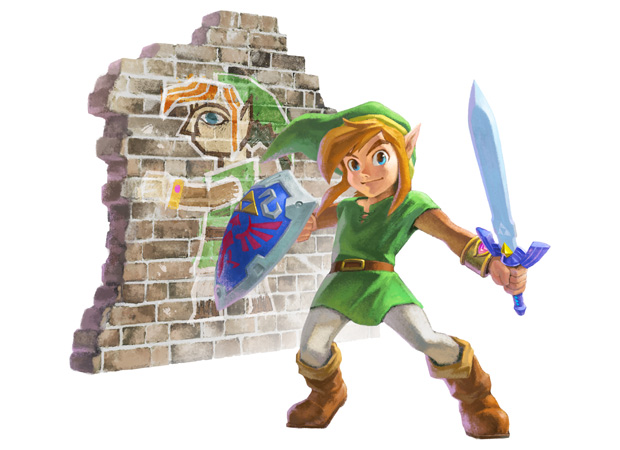 Usually, the amount of good games released in a year is fairly low, with just one or two bonafide classics being released alongside a whole ton of lesser titles no one really cares about.  But in 2013, it seems things have been… a little different.  In fact, I’d say that this year has actually been one of Nintendo’s best ever years for new games, with every month seemingly bringing a new classic!  So here’s a nice look back at 2013 and all the fantastic new games that Nintendo released throughout it.

To start off the year was… a brand new Fire Emblem game that’s become the best selling and most well acclaimed title in the entire franchise, as well as the Nintendo fanbase’s first real ‘taste’ of DLC (at least in a meaningful way).   Add some really cool nods to older games (like Marth, Roy and Ike as characters accessible through said DLC), a great soundtrack and many other cool things, and you’ve got a fantastic game that started off the year in style.

But straight after Fire Emblem Awakening, things were about to get even better for Nintendo fans.  You see, for literally two years now, Nintendo had been teasing a new sequel to the Gamecube cult classic ‘Luigi’s Mansion’.  And with all the talk of multiple mansions, online multiplayer and new puzzles involving the Dark Light Device, hype was already at fever pitch level.

And then the game was released.

Above: An amazing game.

To put it simply, the game lived up to every expectation people had of it.  No wait, it absolutely blew those expectations away and managed to be a much better game than its predecessor, perfecting near enough every aspect to do so.  The level design was fantastic, with puzzles logically integrated into the environment and well thought out boss battles (the first boss alone was already a ‘best boss of all time’ contender for many), the graphics maintained the moody feel of the original on a handheld system and made it look even better, and the music?

Absolutely amazing.  Just listen to some of it again, this is one of the best Nintendo soundtracks of all time:

In fact, the game was so utterly fantastic that in any other year, it would have won ‘Game of the Year’ from at least half the sites and publications on the market.  It’s actually great evidence of just how good Nintendo’s output has been in 2013 that the game somehow didn’t win any awards.

Just three months after Luigi’s Mansion Dark Moon however, and guess what?  Another great Nintendo game is released, complete with another fantastic soundtrack!

Yep, after a disappointing showing with Paper Mario Sticker Star, Nintendo surprised all with an amazing new Mario RPG in the form of Mario & Luigi Dream Team.  And unlike Sticker Star, this game did near enough everything right.

Above; Apologies for the Dutch trailer.  The English version isn’t on Youtube for some reason.

It had one of the best battle systems of any RPG of the last twenty years, with counter attacks and dodges that involved running around in three dimensions and using multiple control schemes to block enemy attacks.

The giant battle system was improved in pretty much every way possible, complete with some of the most ‘epic’ battles of the entire Mario franchise…

And as per usual, the music was amazing.  Seriously, just listen to these songs and tell me they’re not absolutely awesome…

Now for a Mario fan, the year was already shaping up to be a good one.  Heck, even the general Nintendo fans were probably enjoying all the great games that had been coming their way.  But it gets even better still…

Like with the second amazing Nintendo game of June, Animal Crossing New Leaf.  Nothing to do with Mario, Zelda or some other ‘big’ franchise, but it was amazing none the less, with the addition of town management tools and the whole ‘you’re the mayor’ gimmick leading to a lot of awesome additions to the great Animal Crossing formula.

And remember, in the days of the internet and fan art, the option to customise towns with your own layouts and graphics is always used to its fullest degree.  We had towns themed after Nintendo in general.  Ones trying to mimic series like Zelda and Pokemon…

The town theme thing came in useful too…

All in all, the game provided quite the distraction for Nintendo fans for a while.  But again, it wasn’t exactly the last great game of the year, and a few others games were waiting right around the corner to steal people’s attention away…

Not so much this one, but it’s worth mentioning regardless.  New Super Luigi U was Nintendo’s first attempt to release a full game as downloadable content, and it did quite a lot of cool things too.  Here’s a trailer to show off some of the title…

With a new playable character in the form of Nabbit, all new levels and lots of easter eggs involving Luigi sprites hidden in levels, New Super Luigi U was a nice step forward into the world of ‘expansion packs’ for Nintendo, and proof to the industry that DLC could in fact be used for what it was always meant for; new levels and games for a cheap price.

But while New Super Luigi U was just DLC, Pokemon X and Y was the event of the year.  You had a new type being introduced (the Fairy Type), an all new mechanic in the way of Mega Evolutions and an all new region based on France with all kinds of interesting content.  And all presented in glorious 3D for the first time in the series!

Pokemon X and Y are amazing games, and by god did their release cause a stir.  You had people who’d never played Pokemon games in years picking them up and getting involved in the franchise again.  You had great reviews across the board from pretty much all major sites, and sales at a level which even reached the heights of gen 5 and its own launch fever.

Pokemon X and Y ended up being the killer app for the 3DS, even more so than the existing classics of Mario Kart 7, Luigi’s Mansion Dark Moon and Animal Crossing New Leaf.  Still, that wasn’t it for Nintendo in 2013!  Oh no, with the Christmas season approaching, the next month ended up bringing a few interesting new titles of its own…

Like Super Mario 3D World, the all new 3D Mario platformer that Wii U fans had been waiting for since E3!

Now initially, this didn’t go down too well.  The Mario 3D Land style and linear levels made people cry ‘rehash’ without even considering the game’s merits, and somehow even such things as Chargin Chucks and four player co-op with different character abilities didn’t quite bring the same hype as the Galaxy games.  But remember, I said initially.  Because later in the year, we got this trailer:

Within seconds, the view of the game turned around.  Going from a somewhat average 3D Land clone to a Galaxy level masterpiece, each and every new trailer and screenshot from then onwards just added more and more fuel to the fire, causing the hype to get more and more over the top by the day.

The game eventually got released, and turned out to be another classic by Nintendo.  The game got brilliant reviews across the board and was lauded as a masterpiece of game design.  And again, the soundtrack was amazing, complete with such brilliant songs as this:

So by November, Nintendo had already released at least six ‘game of the year’ candidates to good reviews (and mostly) decent sales.  But there was one more great game released in November.  Namely…

November Again: The Legend of Zelda A Link Between Worlds

Yep.  The month also saw the release of a brand new Legend of Zelda title for the 3DS.  With an overworld and themes taken from the SNES classic ‘The Legend of Zelda A Link to the Past’, A Link Between Worlds was a nice step back to the olden days of non linear Zelda games that valued gameplay and fun over some attempt at a ‘deep’ storyline.

But while parts of the (cheesily named) Lorule felt like Dark World reboots, and a couple of bonus challenges were rather brutal (*cough* that Cucco game *cough), the game was still one of the best in years, and by far a worthy sequel to the SNES original. 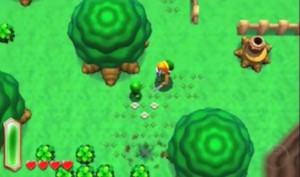 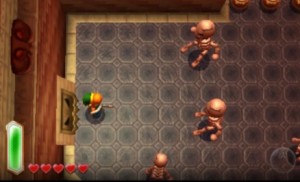 A soundtrack which merged the best of the original…

With some amazing remixes that felt new regardless (the below song is a remix of the Dark World dungeon theme):

And even some truly incredible new songs, like Yuga’s amazing boss theme (check out that ominous latin chanting!):

Plus while people initially thought the drawing mechanic was going to be just a ‘gimmick’, it actually turned out the concept was a brilliant one.  That every single dungeon in the game managed to come up with extremely clever uses for it to solve otherwise impossible puzzles.  That the mechanic was actually intuitive, something, which helped the player explore the world and take on enemies and puzzles in all new and interesting ways. 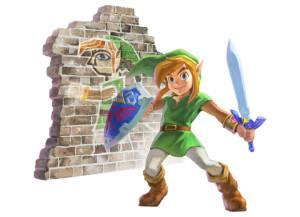 And so that ends 2013, the year of luigi is also the unofficial ‘year of Nintendo’.  With great games released every month, may we be forever grateful for all we got this year, and let’s also hope 2014 manages to live up to it.

Where’s the Pikmin 3 and Wonderful 101 love? And no Donkey Kong Country Returns 3D? I know it was just a port, but come on, it has to be worthy this year. It sold 1 million copies this year.

Sorry about that. Pikmin 3, Wonderful 101, Professor Layton and the Azran Legacies and Donkey Kong Country Returns 3D would have been on there, it’s just I wanted to cut the list down a bit to avoid it going on forever.

Pikmin seems important enough to add to me. And Wind Waker HD. I still think Animal Crossing is the best game released this year.

That has been fixed.