Gaming and Politics; Which Presidential Candidate is Better for Gaming? 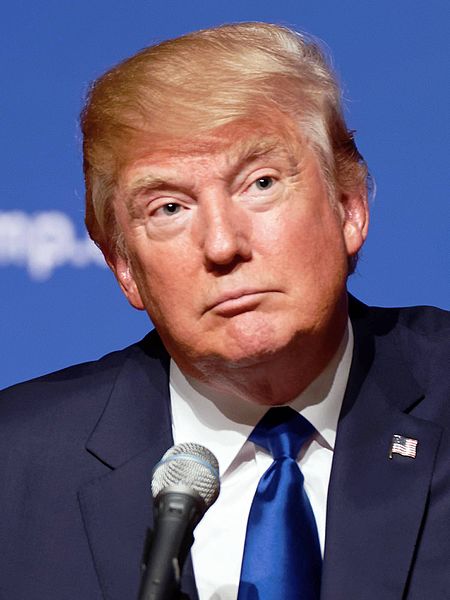 With the recent elections and Donald Trump’s ascent to the US presidency, there has been much debate about which candidate offered the best ideas for America. Some said Clinton was more of the same, and that Trump would be a breath of fresh air for America, some thought Trump was Hitler reincarnated and would empower racists. Either way, every possibility was looked at, every argument scrutinised and every little thing a candidate said was blown out of proportion for social media clicks.

All except for one thing.

Gaming. Few people really looked at what the US election would actually mean for video games. Would they be censored? Would the government try and get involved in censorship or diversity discussions? What would happen to the ESRB?

No one really looked into it.

Well, until now that is! So let’s see which of the presidential candidates would have better for gamers, starting with election winner Donald Trump! 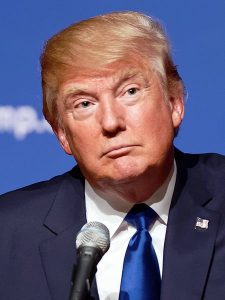 So what does Donald Trump think about video games?

Well, he’s not particularly positive about them, that’s for sure. After all, back in 2012 he complained about games ‘glorifying violence’:

Video game violence & glorification must be stopped—it is creating monsters!

Jeez, it’s just like what people said in the 80s or 90s! Except said in 2012, on the heels of his first attempt at running for president.

And that makes Trump’s comments even worse. Why?

Because while games never glorified violence much before, they glorify it even less now. I mean yeah, there may have been a few games based on brainless violence then (among lots where your character was acting in self defence/for a good cause), but said violence focused games are even rarer now. Indeed, with more stealth games, peaceful indie titles and political commentary titles (think Spec Ops: The Line), it seems the gaming industry is moving away from mindless violence in general.

Heck, even Call of Duty gives you messages on the futility of war between missions now!

So Trump’s views on violent in video games are archaic. But how about his other views? Does he have any comments on ‘sexism’ in video games or what not?

Well, no. Trump’s not exactly the kind of guy to care about that stuff. However, he did show sympathy to a popular figure in the GamerGate movement for the treatment he’d been getting from his enemies:

"@CommissarOfGG: You are being attacked from all sides, yet you have the people's hearts. Just be calm and trust yourself. We love you."

Which makes him a little more gamer ‘friendly’ view than Clinton, who (as I’ll explain later) treats GamerGate as the alt-right and an enemy of progressives.

However, that doesn’t mean you should endorse Trump as a gamer. His attitudes on video games and violence are still ridiculously out of date, and his views on other social issues are not popular with the gaming industry.

Maybe Breitbart will help fix this. After all, they do have a gaming section, and it doesn’t seem to be in their interests (or that of some of their audience) to let Trump go on a gaming banning/censorship spree. Or maybe not. Either way, Trump clearly isn’t the gamer friendly president.

But how about Clinton? Would she have been better if she was elected? 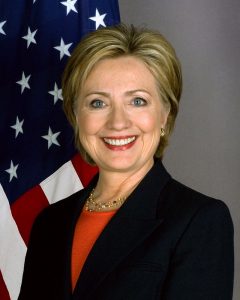 Well, no. Here’s her talking about games and violence:

Yeah, it’s an old video. But it’s still relevant, since her views on gaming as encouraging violence haven’t changed one bit since then.

And like Trump, she makes the same mistakes in regards to ‘games causing violence’. Heck, she even claims that ’40 years of research’ has told us that violent media is bad for children.

However, as much as some people like to tout this (hey Jack Thompson!), there is no firm evidence that this is the case.

Instead, the scientific studies have been pretty mixed in this regard. You’ve got some that say it’s having a clear effect, like this one:

And some that are saying the opposite, like the one below:

Heck, there’s even talk in some places that frustration towards bad game design decisions or awkward controls may have more of an effect on aggression. So you’d be more angry at being blue shelled by the finish line in Mario Kart than after a game of Call of Duty!

So the scientific evidence doesn’t support what Clinton says, and certainly hasn’t ‘for the last 40 years’.

And it gets worse on the Clinton front. Why? Because back in 2005, she also tried to pass the FEPA act. This act (called the Family Entertainment Protection Act) would make it illegal for shops to sell ‘violent’ or mature games to kids, give the Federal Trade Commission powers to investigate misleading ratings and require the game ratings system to be reviewed every single year.

In other words? Clinton clearly didn’t trust the gaming industry or ESRB, and has constantly been in favour of harsher laws about video games to ‘protect children from bad influences’. Yet her questionable attitudes continue.

Such as with her sometimes disdainful attitude to freedom of speech. Why? Because according to a November 2015 news story, she tried to demand Laugh Factory (an American comedy club chain) take down a video where five comedians poked fun at her, as well as for the company to give her the ‘names and phone numbers’ of the people involved.

Which itself is a tad disturbing. I mean, threatening a comedy club because comedians there made jokes about you? That’s not something I expect in a politician with any real power, especially not one who was recently running for president.

Brianna Wu, a game developer who was targeted during Gamergate, writes why Hillary taking on the alt-right matters. https://t.co/L5UhzeQyfG

Which is pretty misleading. Because Wu has quite the history with questionable behaviour and scams here. Indeed, much of the criticism has been in regards to her game Revolution 60 and its Kickstarter campaign. Or her general management of Giant Spacekat Studios.

Either way, the Clinton campaign understood none of this, and was willing to retweet the article anyway. They don’t understand GamerGate (it’s not alt-right), they champion poor research and they show nothing but disdain for gaming.

So Clinton isn’t a good choice for president here either. At least not as far as gaming is concerned.

Well, not Bernie Sanders either:

He too gave us the tired argument that video games cause violence, in case referring to the Sandy Hook shooting.

That doesn’t leave many options in the mainstream. However, third parties seem a bit more positive here.

Like Gary Johnson of the Libertarian Party. He was pretty cautious as far as his thoughts on violent games go. And Green Party leader Jill Stein was fair about the matter too, stating that:

While the research on whether playing violent video games leads to real world violence is currently too limited to jump to any conclusions, we tend to believe that the root causes of violence in our society run much deeper than video games and that we should focus on addressing problems like poverty, discrimination, bullying, and access to assault weapons

But again, with only 5% of the votes going to the Green Party in the recent US election, the chance of Stein becoming a future US president is pretty much slim to none at this point.

So sorry gamers. Looks like neither the president elect nor any other major candidates seem to be in favour of games or gamers. Let’s hope things improve for the 2020 presidential election!