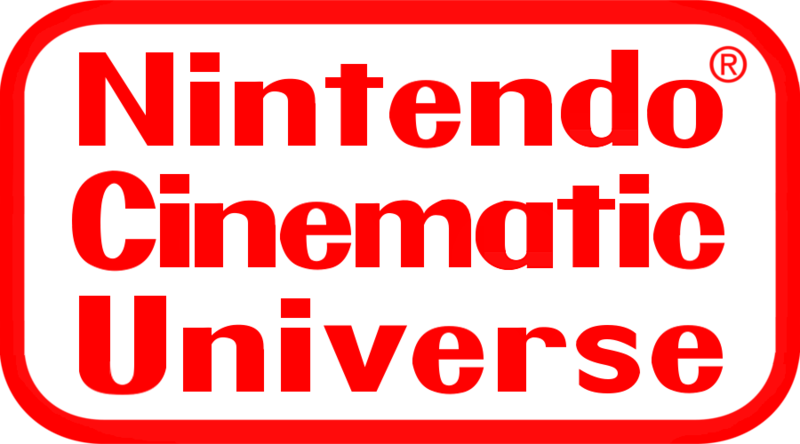 As you’re probably now well aware, today was April Fool’s Day. As per internet tradition, that means a lot of jokes from companies you’d never in a million years have expected to have a sense of humour.

But while the BBC hasn’t done anything interesting as their spaghetti harvest prank, and old Google is being criticised left and right over its Minions mic joke drop prank, the gaming world has more than made up for it.

So here is a full list of all the gaming related April Fools Day jokes I could find online. Enjoy!

Let’s start with jokes by video game websites then…

Mario Fan Games Galaxy is now a forum about the comedy TV show ‘All That’. They’ve even got a new style and everything!

Super Mario World Central is now doing paid DLC and microtransactions! You can now buy their virtual currency with real money, and use it for things like downloading resources from the site: 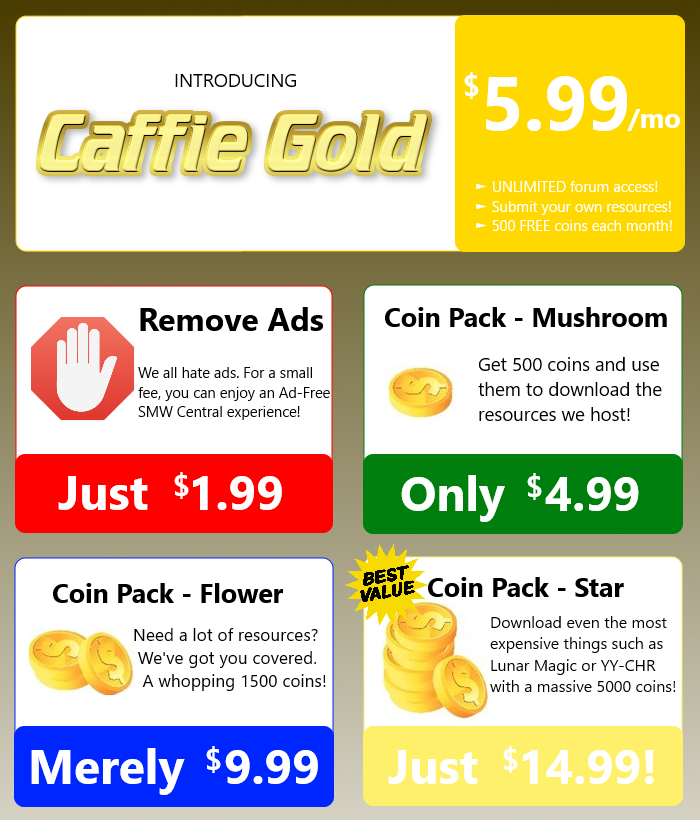 Nintendo Life on the other hand is running a story about a Splatoon game being planned for the Nintendo 3DS. It’s called ‘Splatoon Legends’ and seems to feature an art style somewhat inspired by the 3DS version of Super Smash Bros:

The Nintendo subreddit is now about the Mercedes Benz, after Nintendo’s work with the company on promoting Mario Kart 8.

Meanwhile, the Nintendo Music subreddit is suddenly about Atari 2600 music!

And Smashboards is now called Emblemboards, and is dedicated to the Fire Emblem series. Hmm, I wonder what that idea came from?

Above: It’s what Sakurai has always wanted!

Super Mario Wiki added a few articles about a supposed ‘Nintendo Cinematic Universe’ series of movies. These apparently include a new Mario movie, a new Pikmin movie and a Super Smash Bros movie, with Pokemon related content coming later. To add to the joke, Pikipedia (the Pikmin wiki) and Super Smash Bros Wiki (guess) are also running articles about their ‘upcoming’ movies from the cinematic universe.

Above: Oh we wish this was real…

Operation Rainfall posts an article about how Nintendo is planning to stop making video games and go back to playing cards, in a mockery of the usual fan backlash to changes Nintendo makes to their games.

Metroid Database is saying it’s closing down because Metroid has gone downhill. They say that they won’t reopen until Nintendo ‘makes Metroid great again;.

Mammoth Gamers talks about Nicholas Cage being the voice actor for Final Fantasy XV. Apparently the main character being called ‘Noctis Lucis Caelum’ is close enough to ‘Nicholas Cage’ that he thought he just had to be in the game. Or something.

And finally, Zelda Europe posts a fake box art design for ‘Link’s Crossbow Training HD’. No, it’s not real, if you hadn’t guessed the obvious:

But it’s not just video game websites that are getting in on the fun! It’s the actual game developers, publishers and marketing teams too, as the next few will show you…

Blizzard’s shop is now ‘selling’ an ‘ultra rare premium orc statue’ for 100 million dollars because ‘gamers wanted more overwhelming expensive statues on our site’. Sad thing is, there’s probably at least one person out there who’d actually pay this much… 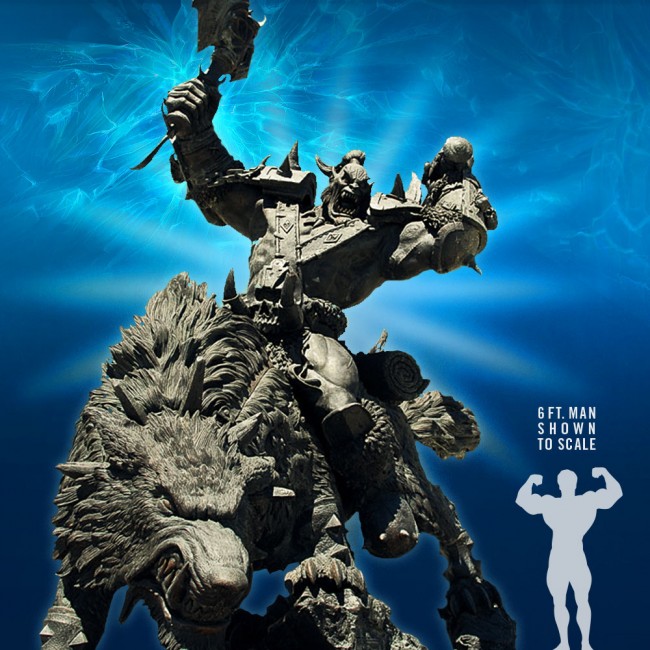 Above: That’s one BIG statue.

The official Splatoon Twitter account posts pictures of a Splatoon arcade machine, and implies the game is now being released in Japanese arcades. Personally? I prefer the 3DS one that Nintendo Life’s hoax article talked about. Seems a lot cooler.

Playtonic Games has announced that Yooka-Laylee is now a Sega Saturn exclusive because of ‘budget constraints’:

UPDATE: We can confirm that due to budget constraints #YookaLaylee will now be released exclusively for Sega Saturn. pic.twitter.com/YQHH4UCSa3

The team at Square behind Final Fantasy XIV have announced ‘Chocobo Go’, a new transport initiative involving the Chocobos from the Final Fantasy series (in real life):

"KING OF THE MONSTERS" returns in a monumental movie to celebrate the 25th anniversary of the Series! #AprilFools pic.twitter.com/LTc9AA6Aoh

Maybe now with Nintendo’s localisation team butchering it even further?

Taito’s announcement is an aquarium where you can play their arcade games underwater. Yeah, okay then:

Still not enough April Fools Day jokes for you? There are some others from miscellaneous celebrities, companies and internet personalities as well. Some more interesting than others…

GilvaSunner has now returned to Youtube with another video game song! Oh, hang on a minute…

Above: Oh god, even the real thing is making meme videos!

GameInformer talks about a parody version of their magazine, named ‘Game Infarcer’. It’s filled with fake news and fake articles written by non existent people. Well that’s what they say at least, since you can read the joke magazine on their site. 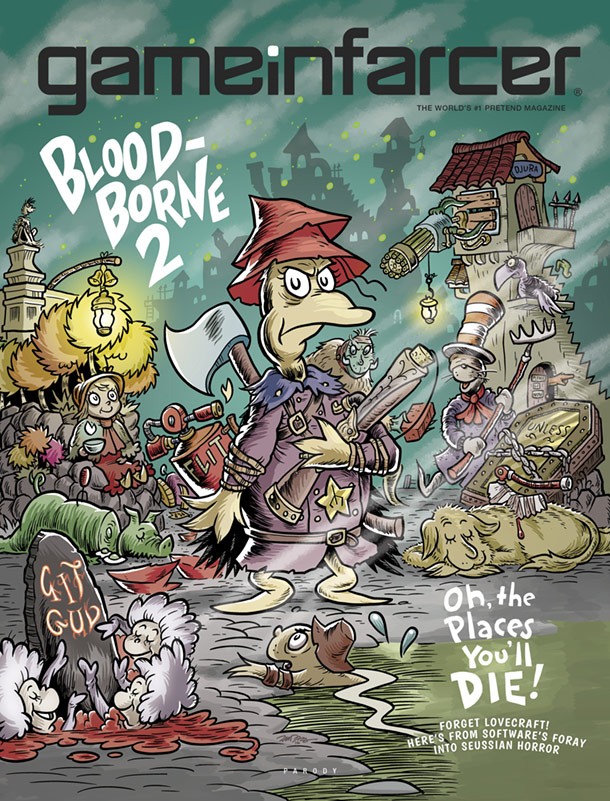 Play-Asia is mocking SJWs and internet moral guardians by announcing their ‘SafeGames’ iniative, where they mention a community dedicated to banning ‘disturbing’ video games. In other words, it’s what the likes of Anita Sarkeesian would want gaming to become. 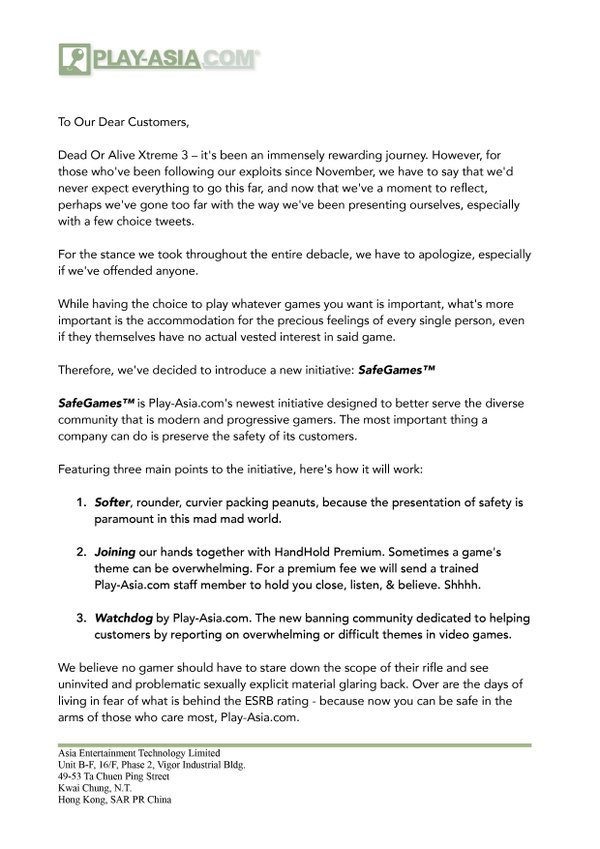 And the folks at the Nintendo of America parody Twitter account have posted a new Nintendo Direct! But something’s a bit off with this ‘Nintendo of Alabama’ video:

Vooks introduces ‘Sleepio’, Nintendo’s next smartphone app. You know, following in the footsteps of Miitomo: 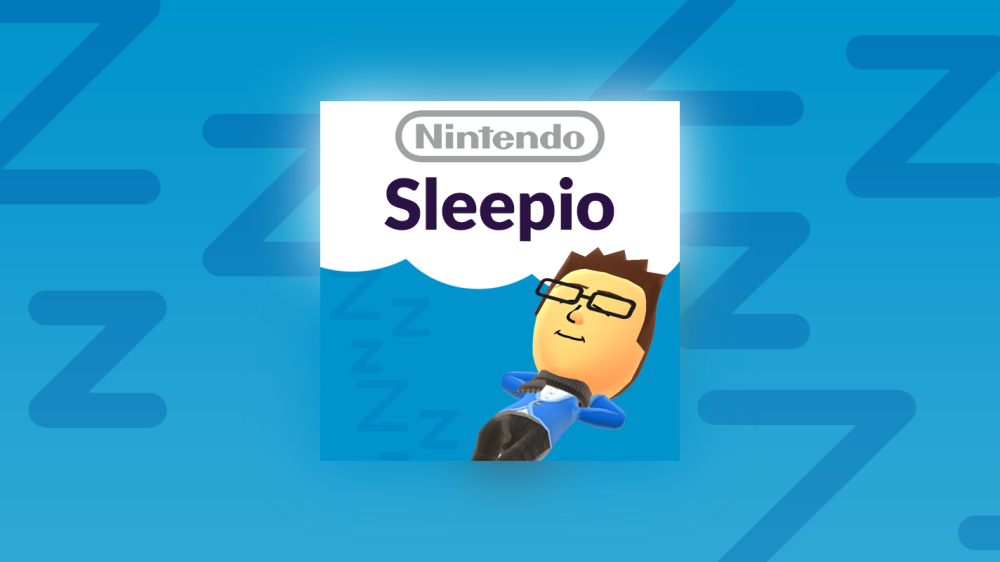 A bunch of Pokemon fan game creators come together to release ‘Pokemon Rising Rainbow’, a fan game said to be the best and most interesting one ever made!

As you can see, there’s been a whole lot of interesting April Fools Day jokes in the last day or so. Is that the full list? Well, most definitely not. Cause hey, this is the internet, and April Fool’s Day joke is basically a religious tradition here.

But it’s certainly a sample of the more interesting ones, and the reminder that as bad as Google’s jokes were, other people and companies have made up for it in their stead.

Which of the above April Fool’s Day jokes were you most amused by, and why?

Incredibly disappointed you didn't mention Big's Big Fishing Adventure 3: The Trial… Definitely the winner of this April Fools Day. Though the Gilvasunners becoming one is a truly magical thing.

[QUOTE="Link 70222, post: 4985, member: 3"]Incredibly disappointed you didn't mention Big's Big Fishing Adventure 3: The Trial… Definitely the winner of this April Fools Day. Though the Gilvasunners becoming one is a truly magical thing.[/QUOTE]

Damnit, I knew I was missing something!  That was pretty awesome.

Lots of awkward dialogue though.

some pretty good jokes, I'll have to step up and do something with my site one of these years.