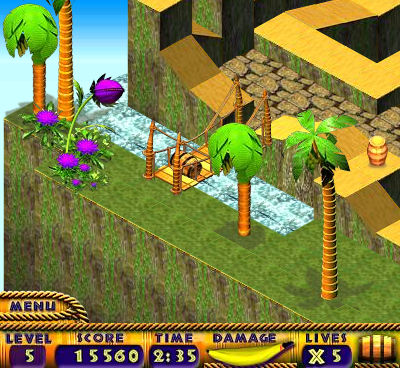 It’s time again!  Yes, we’re back with another round of insane Nintendo facts and trivia that we doubt even the most die hard fans online will ever know!  So here they are, five more interesting Nintendo facts that pretty much no one knows, as organised for your convenience!

All thanks to one character shared between both franchises.  Namely, Tricky the Triceratops: 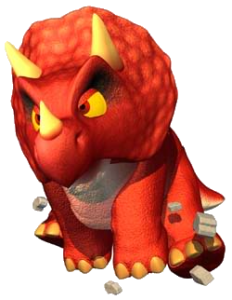 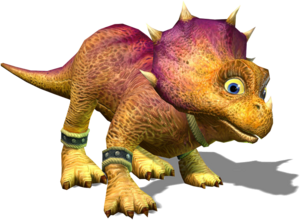 Above: Tricky in Diddy Kong Racing and Tricky in Star Fox Adventures.

Appearing first as a boss in Diddy Kong Racing for the Nintendo 64, he then appeared as a child many light years away in Star Fox Adventures for the Gamecube, where he helped Fox defeat the evil General Scales and save the planet of Sauria.

Don’t believe us?  Rare backed this up:

What about Tricky? Does he count as a Nintendo character or Rare character?

The Tricky question initially seems a bit, well, trickier because he appeared in DKR before Star Fox Adventures, assuming it’s the same character, which it supposedly is (or was originally intended to be) – but at the end of the day Nintendo owns SFA outright, and Tricky also turned up in the otherwise Rare-free zone of Star Fox Assault along with Krystal, which would more or less confirm it.

But hey, DK Vine knew this for years. That’s what their interesting DKU theory is about, tying all of Rare’s games together in one shared continuity.  So as well as Donkey Kong and Fox McCloud theoretically existing in the same universe, that means Banjo:

And even Grabbed by the Ghoulies:

You can take this as far as you want.  Zelda, Pokemon, F-Zero, Metroid, Kid Icarus?  You could probably stick them in the same universe as well. Heck, even Punch Out!

Wait, why do we need to have them be figurines in Smash Bros again?

4. You were originally going to buy your Pokemon

At least, that was going to be the case if the old concept art for Capsule Monsters (Pokemon’s predecessor) was to be believed: 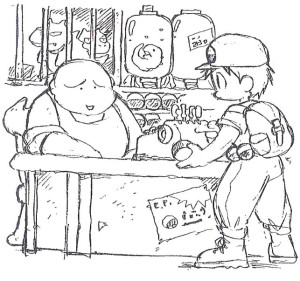 See that shop?  Yeah, apparently, you were originally going to go into Pokemarts, say ‘I want one Pikachu please’, hand over a certain amount of Pokedollars and get your Pokemon team built up the easy way!

It should be pretty easy to figure out why Nintendo changed this. Couldn’t have a fun RPG where you just bought your parties from shops.

Yeah, I think Game Explain sums it up best.  Put simply, the idle animations in this game are based on about four different pre recorded clips of Nintendo 3DS titles, all of which can start playing on DK’s in game 3DS at any time and which the other Kongs interact with in interesting and original ways.  It’s pretty cool I’d say:

These are Chomps from Donkey Kong Barrel Maze: 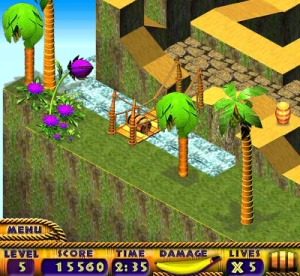 Don’t remember this game?  It was a browser game written in Shockwave and released on a ‘flash game’ website in 2003 on Candystand.com (now defunct).

And guess what?  It was the first game in the series to introduce these carnivorous plants to the franchise.  Yes, when Retro said they played every game, they presumably meant it, even if that meant ‘browser game released on a defunct website 11 years ago’.

Quite the throwback eh?

1. Wario Master of Disguise Originally Had Lyrics in its Theme Tune

And what’s more, it’s actually surprisingly catchy.  Have a listen!

Really does make you wish Nintendo kept some of the Japanese songs in overseas versions of their games, doesn’t it?

So that’s the list.  Did you know many of these facts?  Find anything interesting?  If so, comment below with your thoughts, or post about this article on Nintendo 3DS Community.com today!

This site needs a lot of help…

No, the site just needs more varied news stories that aren’t (dare I say it) filler such as “new skylanders portal leaked”. People come to the site for obscure stories and fun opinions. It’s also quite a bit less biased than other Nintendo news sites, such as ONM, and game sites in general.

You have a point there. But he does a decent job. That is why i check this daily.

Where do you get 2 from? They look like generic carnivorous plants, the ones that appeared in thousands of video games. There are plants like that in Jungle level in the Donkey Kong game on Gameboy released in 1994. This Barrel Maze game doesn’t even look official…

It’s official. It was actually licensed by Nintendo in the early 00s.

As for where the site got it from… DK Vine. They know pretty much everything there is to know about Donkey Kong (including this game), and discovered the similarity about a month ago.